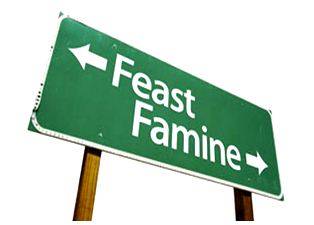 This week, more proof  that our health system is tipped completely upside down has punched me in the guts on a day where it truly hits where it hurts.

I’m lying on the couch in some serious pain – again – knowing there is absolutely no point in going down to ED, or even my GP sending me down to the hospital to see a specialist. Why?  Because there’s no doctors who even know what’s wrong with me (EDS – genetic disorder – rare, but relatively common – 1 in 2,500) here and medical staff are so under-resourced they don’t even have time to Google it, let alone it’s literally hundreds of common co-morbid conditions. I’ll wait hours in uncomfortable chairs causing more pain, have an xray which never shows up anything because it’s not the right diagnostic test and they don’t have the equipment to do the ones which will, and be booted out 3 hrs later with ‘we dunno’ for a diagnosis and the painkillers I’m already on as the solution. A dilemma people with EDS face regularly.

The article linked above says it well: “there is generally poor knowledge about EDS among practitioners. Many sufferers of EDS have psychological difficulties as a result of frustration with the medical system and the socially inconvenient combination of appearing normal while being in severe pain.” We know there is no choice but to stay home and try to ride it out. That’s what I’m doing today. Sometimes it resolves itself, and sometimes it ends up a tragedy – whether there’s hospital treatment or not, thanks to the level of ignorance – like the 17 times in 9 months I was in ED and got the above treatment before a visiting specialist clicked and I had to have an emergency hysterectomy within 12 hours at 24 years old. And like the time an online friend with EDS died because she couldn’t face the ignorance one more time.

So to see this come out today really has me angry. Bitter even. But when I feel this way, I write blogs, because I know I am not alone in not having the best practice level of care I deserve because I am a non-straightforward high user of our health system.

I’m only one of tens of thousands of Kiwi’s with chronic medical issues who have the above experience in some way on a frequent basis, many in the SDHB catchment. And our realities matter, because we are the ones who are ‘served’ by this huge and broken system.

Our government & DHB’s priorities are upside down.

The Southern District Health Board has been in deficit for many, many years. Only last July, the CEO was ‘clamp[ing] down on spending amid fears a ballooning deficit could threaten chances of building a new hospital.’ They are laying off their kitchen staff and choosing to serve patients broccoli from Hong Kong etc flown from up north. Everything but the CEO’s wage is about ‘efficiencies’. They are facing one of the worst plunges in funding  yet – ”The impact on Southern will be greater than the impact on other DHBs because of population-based funding.” They still lack specialists in many crucial areas and rely too heavily on locums, with senior specialists despairing at what an unworkable unbearable mess their workplace has become.

Of course it is not just the SDHB whose CEO’s salaries are spiking – again. I am aware that nurses and health care assistants around NZ are at breaking point, wanting to leave the profession they love. Among other issues, many nurses are unable to do basic patients cares such as turning patients, showering, talking to them and teeth brushing – because they are constantly so stretched and under staffed. At least one hospital is currently operating on a ‘no-replace’ basis.

I respectfully put it out there that these CEO pay-rises are an absolute slap in the face for the people in the health system who that very system is meant to be about – the patients, who experience sub-optimal care when they most need the best care.  It is also deeply unfair to the over-stretched, under-resourced and underpaid workforce who care for these patients and who have received effective wage-losses in the last few years.  The Association of Salaried Medical Professionals put out a press release yesterday calling the pay-rises contemptuous to frontline hospital staff. I agree.  I do not see myself as a victim of doctors and nurses when I receive sub-optimal care. The vast majority would give optimal care to all of their patients if they were only able to. No – it is the system which is failing us all.

Please Ministry of Health, start putting us first, and frontline staff second. We are the ones who matter most.