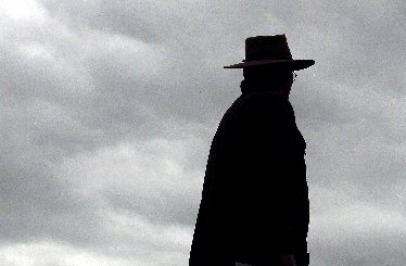 One issue that keeps popping up on my radar again and again during the election campaign, from farming friends and in this weeks NZHerald  is the strain on mental health faced by our farming communities – and I really want to see our government do something about it.

The suicide rate in farming communities is alarming. 4 suicides confirmed by the coroner in December alone, and at least 14 in the 6 months to date. Plus an unknown amount of struggling farmers who have attempted suicide and/or have had to receive support for depression & other mental health issues. Federated Farmers put out a press release back in October 2014 highlighting the fact that our suicide rates are significantly higher than workplace accidents causing death in the rural sector. And they raise a very good point – much effort and money has been put into health & safety in the workplace by the government, while the state of rural health care continues to fall apart.

Otago and Southland residents (I live in Southland – local perspective) fall under the umbrella of the Southern District Health Board. This area is massive, and predominantly rural. Under population-based funding, we suffer the most, and from recent reports it looks like we will be struggling even more in years to come. Meanwhile, a continuing decline in rural GPs despite efforts to recruit keeps worsening and rural town medical centres continue to be closed down – or communities are being ordered to find their own funding if they want local healthcare – due to two words I really loathe – ‘centralisation’ and ‘efficiencies’.

While some commit suicide without warning, many do show prior signs of needing support, and unfortunately in Otago & Southland at least, news of helpful emergency intervention isn’t rosy. Due to population funding, there is only one SDHB emergency mental health team available to be called out to crises on the weekend – for an enormous area of countryside including Queenstown, Te Anau, Stewart Island, Clinton, Gore, Invercargill, Riverton and more. And if they can’t get to you fast enough, they will advise you to ring the police if you are concerned about someone’s safety or your own. This puts family & friends in a quandary, particularly in rural areas. Nobody wants to call the police on their loved one, especially when news gets around quickly & reputations are vital.

If farming – particularly dairy farming is the ‘backbone’ of our ‘rock star economy’ – then why is our government not putting more funding and concerted effort into ensuring equal access to health care in rural areas?

Suicides and mental health struggles aren’t limited to the male head of the farm. Rural women and farm workers also suffer, and our stats on rural youth aren’t great either. Isolation isn’t just a feeling when you live rural, it’s also a practical everyday reality.

Recently I spoke with a University of Auckland psychology research fellow who was involved in setting up SPARX – an online CBT (cognitive behavioural therapy) program for youth. They were driven to develop this program due to the lack of accessibility to mental health care for youth, including rural youth, who often face long waits to access treatment – if they disclose or get any help at all. Robust studies have shown an improvement in youth engaging with this program both short & long term, but is our government prepared to commit to researching & implementing programs like this on a long term basis? Right now, funding for research remains a year by year lolly scramble. It takes time for change, and often programs are shut down before they have been given a chance to show meaningful results.

SPARX is a great concept, and I think it’s fantastic, and very much needed. But isn’t it a huge shame on our nation that compared to a young person in a city’s comparatively easy access to assessment and therapy, for many rural youth, their best option is an online faceless app? Yes – of course I realise that there isn’t an endless stream of money, but when you compare the lives of humans who are contributing a lot of that money to the country to the likes of the America’s Cup, golf games with Obama, Sky City, Tiwai smelter ($30million profit in a bailout year??!!) and other chunks of taxpayer funding that are handed out to a few elite humans & businesses who mostly have tonnes of moolah anyway, my mind boggles at the unfairness of it all.

The ‘positivity brigade’, as a friend calls it, particularly the banking industry, have relentlessly maintained that dairy is a sure win. Any feeling of bleakness is unnecessary and temporary and it’ll be fine next year, and some will have been convinced some to get themselves into financial difficulty. I can only imagine, but it must be terrifying to play the tightrope of assets & debt that farmers do. And when the payouts drop as far as they have this year, anxiety must be through the roof. Combine that with isolation, the ‘tough bloke’ image where men must hide any feelings of worry & weakness, and the unavailability of psychiatric assistance, it should not come as a surprise to anyone that farmers are actually doing it bloody tough.

Imagine if we treated mental health exactly the same as physical health. Because it is – our brains are, after all part of our body – and chemicals do go haywire. That’s a medical issue. And if we did, would we be ok with having one ambulance on the weekends from Queenstown southwards? Would we be ok with the nearest district nurse or paramedic being 3-4 hours away like psych teams can be, for a substantial population? I doubt it.

There are two main ways to prevent mental illness from a health perspective that have already been attacked by government and still face a total gutting – preventative health care and local primary access to health professionals. They are always the first up for the chop in ‘finding efficiencies’ yet analysis has shown that both of these factors actually will reduce costs quite substantially. Ambulance at the bottom of the cliff when it’s gone completely out of control stuff is expensive, and relying on that model to be good enough is clearly deadly.

Projects like Resilient Farmers show potential as far as peer & community support go, but health & social services must also be available for professional support. These frontline staff are vital to ensuring any issues get picked up and treated early.

Possible solutions include having nurse practitioners in rural areas, who can do some of the diagnosis, assessment and treatment GP’s normally do. With it seemingly impossible to get GP’s into rural areas, this is a promising alternative, although rural residents will still need to travel some distance to get further specialist treatment. But at least there would be local health professionals who can pick up on issues early, and also be a contact person for concerned loved ones. Another strategy would be DHB’s investing in more mobile health staff, who travel to the patient to do assessments and provide ongoing support, rather than farmers taking a day off to head to the city to meet with strangers in hospitals.

There’s no one fix solution in a country of very different local communities, but there is a lot of research out there on what works overseas, and what our communities believe would be helpful to them. It would be great to see many of these ideas implemented, because our rural suicide rate is truly tragic, and we desperately need to do whatever we can to provide every New Zealander with mental health support when they need it, no matter where they live.