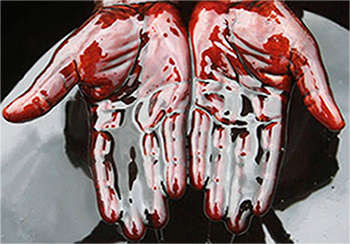 In recent months, the oil price slump has been well documented, written about, discussed, and by some has been seen as the foreshadowing of a major global economic crash.

The slump has partially come around due to previously high oil prices, which drove down the demand for oil. As well as this, the return to production for countries such as Libya, and a sudden boom in oil production has lead to the market being swamped in a tide of cheap oil. In the first few weeks of 2015, oil prices have regularly dipped below $50 USD per barrel, down from the height of $115 USD PB last year.

China is no longer buying the oil they used to. They are in downturn, and no longer need the oil they used to to get things done. America meanwhile, thanks to fracking, is now poised to become a major oil exporter, whereas before they were a major importer. Fracking has therefore helped fuel the crisis, and has launched a game of economic hardball from which only the very strongest will survive.

The effects of this slump on the economies of Russia (who were depending on high oil prices to keep themselves afloat through sanctions over the Ukraine crisis, and who’s economy is, not mincing words, the equivalent of a donkey that doesn’t know that it’s dead yet), Venezuela (who depends oil for 95% of its revenue), and Saudi Arabia (who have recently decided to withdraw most of their production and are depending on their $750 billion USD savings fund to keep themselves afloat until the prices improve), and to a lesser extent Canada (those bloody oil sands), Mexico, and Iran. All the existing markets, basically. But what of all the potential markets, who were opening up large block offers for oil companies recently? What of, for example, the country who many economists were calling the potential “Saudi Arabia of the South Pacific”? What of “Clean and green” New Zealand?

(You can view their exact locations on the graphic below, sourced from www.nzpam.govt.nz, New Zealand Petroleum and Minerals). 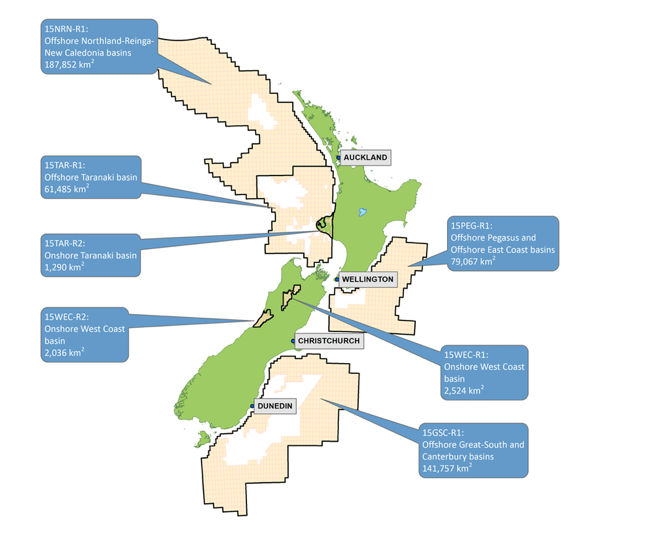 Altogether, the Block Offer consists of 476,00 square kilometers, the biggest block being 187,851.8 square kilometers (Offshore Northland-Reinga-New Caledonia basins), and the smallest being 1,290.1 square kilometers (Onshore Taranaki basin). But with the oil prices so low, and thus the profit margin having shrunk since the Block Offer was made, is there really any economic sense in selling off these huge chunks of land to overseas companies? If we must sell them, wouldn’t it make much more sense to wait until oil prices begin recovering, rather than going all for it now, when oil prices are at something like a six-year low? Because if we do sell them off now, it’s the same risk for less profit. Is that a sensible choice for a pro-market government to make? If anything, the release of a new “Saudi Arabia” into the market would worsen the crisis. The current figures show that the world is beginning to move beyond oil, into sustainable alternatives, which don’t threaten the future of our cities, countries and even our species.

If National insists that they’re a sensible, pro-market economy party, why are they investing in a resource that a) isn’t actually making very much money at the moment, b) will run out eventually, and c) threatens the future of our country? If their idea of a strong economy depends on Oil and Dairy, which have both suffered major tumbles in the last year, ado they really have the credentials to run a smooth, strong economy?

My name is Finn Jackson. I turned sixteen last year. I was born into a family of journalists who were very involved in politics. Since birth I have been surrounded by talk of Mayoralty Campaigns and election stratergies. This has influenced my entire life, and has prompted me recently to join the movement for change.