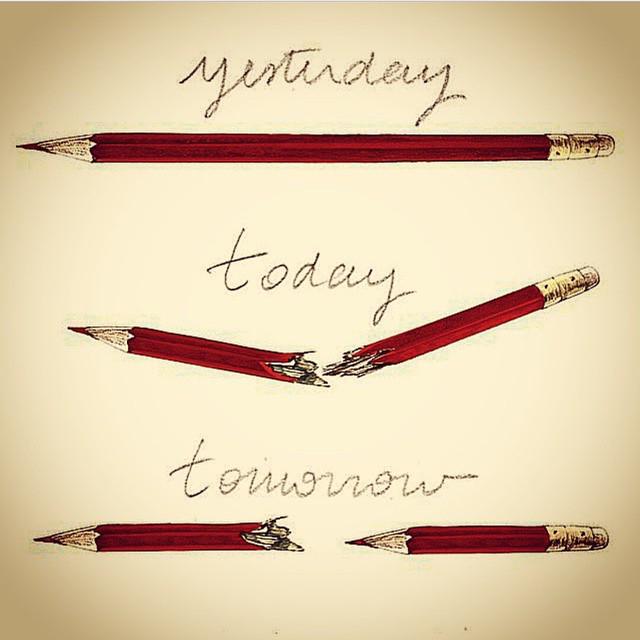 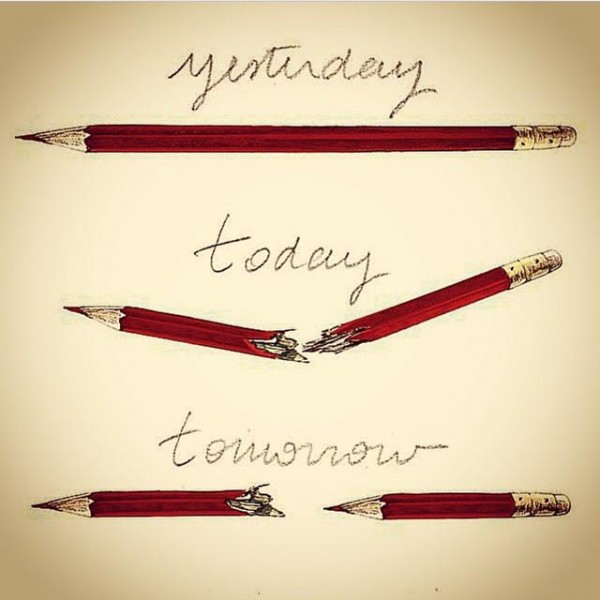 Yesterday morning, social media woke up to the sad recurrence of a morality play that we’ve seen staged time and time again. While I could just about generate a bingo scorecard to cover the array of instances which invariably accompany this sort of thing (the checklist including angry defenders of Freedumb Of Speech At All Costs; pundits *demanding* the Muslim community comes out and overtly *condemns* heinous acts carried out by a few extremists, without extending the same imperative to more mainstream religious communities in analogous instances; debate over “failures of assimilation”; confused armchair prognostications about the extent to which “Religion of Peace” is an appropriate epithet for Islam; and, more darkly, what shape the inevitable reprisals and far-right political capitalization will take … to name but a few); there’s one particular theme I want to focus on in this piece.

The inevitable canonization of a Martyr for Free Speech which invariably seems to accompany these sorts of things.

Now lest I be misinterpreted wildly, it’s vital at this point to state that in no way, shape, or form do I condone the killing of twelve people in response to the frankly turgid output of a satirical magazine. Particularly given some of the victims, like Frédéric Boisseau, appear to have had absolutely nothing to do with the magazine’s actual output; and instead appear to have been in the wrong place at the wrong time.

*Nobody* should die for bad satire; or for poor or controversial writing. (I state the latter two with a certain degree of self-interest in mind)

But at the same time, I was a little disconcerted to note how quickly and uncritically scores of my friends on social media were adopting the hashtag #JeSuisCharlie (or similar variations).

I can well understand a capacious enthusiasm for the value of freedom of speech. It is, after all, *exactly* what I am privileged enough to be exercising right here on this very blog; and something which our political culture here in New Zealand has considerably benefited from.

I can also understand, and empathize strongly with, the strong sense of revulsion which accompanies reading an account of two masked gunmen threatening the life of a toddler before identifying individually and by name those ordained to die – in a manner akin to Cinna the Poet, for their bad verses.

But that does not mean the developing hagiography of Charlie Hebdo has to be *entirely* uncritical.

That wonderful virtue of freedom of speech (and, for that matter, of conscience) also allows me to cast a critical eye over the cartoons in question; and definitively state that while I totally don’t believe anyone should have died, been injured, or otherwise felt themselves vigilante-threatened for their publication … at the same time I’d be *enormously* uncomfortable, given the magazine’s output, stating something like “I Am Charlie Hebdo”. Even for rhetorical purposes as part of the grand old tradition (although apparently not direct quote) best promulgated by another controversial French satirist of defending to the death even those utterances we find personally abhorrent. (Which, importantly, isn’t necessarily the same thing as advocating for banning it – although I can certainly understand why some would want to – but rather stating in no uncertain terms that I’d definitely think an order of magnitude more than twice before consciously identifying myself *as* it for the purposes of creating an avatar for the virtues of untramelled freedom of speech. Read on and see what I mean)

The first image I came across when looking to get to grips with what, exactly, this magazine published … was this.

The top line reads: “The Sex Slaves Of Boko Haram Are Angry”. Which is fair enough – Stockholm Syndrome notwithstanding, I’m not sure what other emotion would be more appropriate for their situation. But then check out the words that have been put into the mouths of these victims of abduction, rape, and insurgent violence. “Don’t touch our [welfare] benefits!” Then look at how the women in question are drawn, and the overall effect of the depiction.

From where I’m sitting, it looks like the guys at Charlie Hebdo have managed to combine together in a single image various tropes of Islamophobia, Negrophobia/Xenophobia, and one of my strong personal pet-hates, the tired right-wing canard of the “Welfare Queen”, who exploits her fertility as a means to ensure a state-guaranteed income.

Considering the relative position of the women being referred to on the receiving end of a massive power imbalance with their captors (and, for that matter, the subaltern position of immigrant and/or refugee women of colour in a famously homogeneous Western nation like France); I think it’s safe to say that many reasonable observers would agree with me that that cover was, at best, vulgar – and more properly, “highly offensive” for any number of reasons. I have noted with interest which friends have gone from #BringBackOurGirls a few months ago to #JeSuisCharlie today.

Let’s try another one.

Now I’m *pretty sure* even the most monolingual and unpolyglottaly gifted of us can work out what “Le Coran C’Est De La Merde” means … but that’s not even the chief point of issue I take with this image. The event being referred to is the killing of more than 50 Egyptian pro-democracy activists at a sit-in by Egyptian military personnel on the 8th of July 2013.

The same day this edition of Charlie Hebdo came out, Amnesty International issued a statement condemning the post-coup regime’s use of violence to repress its own people. “Charlie”, by contrast, decided to use the occasion as a chance to make a polemical point against politicized Islam at the expense of half a hundred dead Egyptians, and featuring some pretty triumphalist denigration of somebody else’s scripture into the bargain. Apparently, they haven’t heard that ideas are bulletproof…

It would, of course, be cruel and insensitive (or, in the world of Charlie Hebdo, “edgy” and “satirical”) to point out the bitter irony inherent in that cover now. Cartoons, it would appear – as with Holy Writ – don’t seem to do a particularly good job deflecting bullets. (And if you find that statement objectionable – congratulations. You’re now beginning to see what’s wrong with Charlie Hebdo. Did you have the same reaction to the magazine cover…?)

Now while I could go on at some length with further examples drawn from the annals of Charlie Hebdo’s back-catalogue (for instance, this cover which attempts to take on the uniquely honoured position of the Catholic Church in French society … by boldly informing us “The French Are As Dumb As The ‘Negres‘”; or this absolutely delightful image which manages to denigrate and horrendously stereotype Indians, Chernobyl survivors, non-nuclear -and especially blended – families, and the predominantly impoverished and/or immigrant inhabitants of the Seine-Saint-Denis administrative department, all in one go) … but I think I’ve made my point.
When it comes to armed violence, neither journalists nor satirists (nor, heaven help us, bloggers for that matter) are “legitimate” targets. Freedom of speech is, inarguably, a fundamentally important cornerstone of the way we do things in the West here in the 21st century – and, within certain justified limits (as exemplified best by the old chestnut of causing a lethal panic by “falsely shouting ‘FIRE!’ in a crowded theater“; or laws against hate-speech or the incitement of racial hatred such as sections 61 and 63 of our very own Human Rights Act 1993 (section 62 covers hate-speech on the basis of sexuality)), that freedom is *absolutely* worth stepping up and defending.

But we can do both things – and, for that matter, express sympathy for the slain and those they’ve left behind – WITHOUT having to buy into the growing media narrative that Charlie Hebdo was just some sort of impishly irreverent and unproblematically equal-opportunity publication that specialized merely in “taking aim at the powerful”.  It’s not a black-and-white case of being uncritically “either […] with us, or with the terrorists“; particularly as one of the cornerstone arguments for protecting freedom of speech in the first place is the vital utility of being able to engage in measured, reasoned, and critical discourse in pursuit of truth and social justice.

As I hope this piece has demonstrated, these guys saw absolutely zero problem with turning their mockery and denigration upon the power*less* with as much, if not more vitriol than they reserved for the powerful; and were quite happy to consciously invoke, play up, and therefore perpetuate damaging stereotypes and discriminatory tropes at the expense of the marginalized and the subaltern in so doing. Obviously, this does not justify their deaths nor exculpate their murderers; but it does make the growing lionization of Charlie Hebdo as some sort of temple of free speech and Enlightenment/Western values a slightly unsavory one.

Let us be clear. These guys were no Salman Rushdie in terms of literary or artistic merit; and I can but hope that this piece has helped to explain why I find it both uncomfortable and problematic that so many people that I *know* have strong left-wing, anti-discriminatory, and social-justice values are uncritically running around the internet at present declaring that they are Charlie Hebdo.

By all means, stand up and be counted among the advocates and defenders of freedom of speech. It is, after all, the very same NZBoRA-enshrined right that allows me to even *approach* this issue in public with the assumedly-controversial perspective that I have. (Although truth be told, I am awaiting with interest the likely exegesis in the comments section from some of those self-same free-speech advocates and people apparently called Charlie Hebdo as to why I never should have set finger-to-keyboard on this piece in the first place)

But have a thought and a care for that which you may unwittingly lend legitimacy to by uncritically adopting a hashtag like #JeSuisCharlie – that which you are stating that you *are*; and remember that it’s perfectly possible to advocate in vociferous favour of freedom of speech and against the armed repression of viewpoints you may not necessarily agree with … *without* leaving your disdain for some of the more reprehensible uses of that freedom of speech by the team at Charlie Hebdo at the door. (Which is what the wholesale adoption of the #JeSuisCharlie hashtag by large swathes of the population without any further examination on their part of the nature of the publication being defended arguably encourages)

After all; I’m sure I speak for many of the readers and contributors of this blog when I state that when it comes to defending freedom of speech, there’s a whole *slew* of reasons we wouldn’t likely embrace a hashtag like #IAmWhaleOil…

[My thanks to Hussein Mahmud for his assistance with this piece]