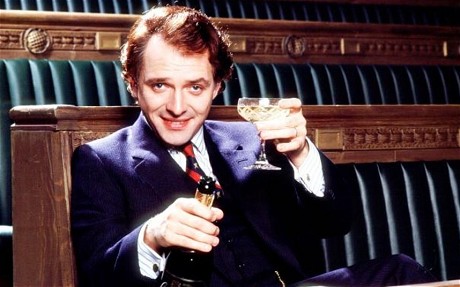 One of the more interesting/infuriating things about living in a Westminster-tethered constitutional monarchy-cum-democracy is the annual spectacle of the New Year’s Honours List; in which a compilation of civic luminaries, as chosen by the Prime Minister and Cabinet, are endowed with fancy titles through the power and good graces of our intercontinental sovereign, the Queen.

I’m not going to get into the ins and outs of whether titular honours that hearken back to the days of the movers and shakers of the realm doing their moving-and-shaking while on horseback with lances are really appropriate for a modern, antipodean, and most importantly, nominally *egalitarian* society such as ours – we’ve already had capacious national debate on that score, and at the end of the day, the distinctions between the new/old system we have under National, and the previous attempt at de-feudalization under Labour are mostly cosmetic.

But what I *will* say is that I’m genuinely surprised and incensed by some of the more … curious choices and justifications that have appeared on this year’s list. Two, in particular, stand out.

According to the Honours List, she’s been made a Companion of the New Zealand Order of Merit for “services to business and philanthropy“. This is rather curious in my view, as Gattung et co’s actions while running Telecom between 1999 and 2007 inarguably *cost* Kiwi business millions of dollars in lost revenue and forgone economic potential.

One of our greatest comparative *disadvantages* when compared to just about all of our major trading partners and competitors, is the fact that we’re a small collection of islands on the literal other side of the world and at the ends of the Earth relative to just about everyone who’d want to buy anything off us. The Information Revolution, and gradual linking up of everywhere via the internet represented the greatest hope for overcoming that difficulty since the invention and adoption of refrigerated shipping in the late 1800s. We have awesome creativity, ingenuity, and intellectual potential in this country – and the intercontinental interconnectivity represented by the internet would, in an ideal world, have meant that the tyranny of distance which ensures our best and brightest have to go (offshore) to the Mountain to get recognized and earn a buck would pale into insignificance.

Unfortunately, in 1990 some neoliberal economic genius decided that the best way to develop our economy was to parcel our formerly state-run telecommunications utility and associated line infrastructure off into the private sector; apparently heedless of the fact that i) in a country as small as Aotearoa, line infrastructure is something of a natural monopoly, and ii) that private enterprise given control of a natural monopoly tends to price-gouge, under-invest, and otherwise generally take advantage of a lack of competition and/or regulatory oversight in order to earn its daily caviar-dipped bread.

This is *exactly* what then ensued with Telecom – a situation that even those notoriously unreconstructed socialists in Treasury are prepared to (vaguely) acknowledge.

Thanks to Gattung’s Midasian emphasis upon turning exploitative monopolistic corporate revenues into gold for her shareholders (rather than, say, transmuting copper into fiber-optics when it came to our national communications network), New Zealand consumers and businesses enjoyed internet connectivity that was, by 2006, slower and less reliable than literally every other country in the OECD apart from Mexico. The situation got so incredibly bad for business that in mid-2007 the Auckland Chamber of Commerce threatened to build its *own* local broadband network if Telecom refused to pull finger and actually deliver the goods.

Needless to say, when the company you preside over is so *astoundingly inept* at providing the business-essential service in question that the organization representing local business has to step in and suggest it’s more than capable of doing a better job *itself* … it’s literally “Disservice” rather than “Service” to business that best describes what you’re doing.

About the only positive thing I can say about Gattung’s tenure running Telecom, is that by creating and exacerbating a situation wherein the then-Labour government had to step in and “unbundle” Telecom from its lucrative line-infrastructure monopoly for the good of the Nation, Gattung inadvertently triggered the end of a monopolistic setup that had previously allowed her company to charge well over *double* what a fair market rate would be for other telecommunications businesses to connect to and use its shoddy and outmoded line infrastructure.

This is without even getting into the AAPT fiasco (where Gattung’s leadership managed to turn a $2.2 billion dollar investment in cracking the Australian market into a rout worth $270 million), the Roger Award for Worst Transnational Company Operating In New Zealand which her company “won” in 2004, or the memorable 2006 incident in which she proudly declared that the “marketing tool[s]” of “confusion” and “not being straight up” with customers were the secret to Telecom’s ability to “keep calling prices up and get those […] high margin[s] for a lot longer than would have been the case [otherwise]”. That last one, obviously, came at the *direct* expense of Kiwi businesses and consumers; and demonstrably proves that when it comes to Hanlon’s Razor, Gattung’s corporate conduct was the result of both incompetence *and* malice.

In sum then, I very strongly feel that awarding Gattung a CNZM for “services to business” is rather akin to Obama being handed a Nobel Peace Prize, and for much the same reason.

Moving from private sector to public, we have Tariana Turia, who’s picked up a gong for “Services to Parliament”. I’m racking my brains trying to divine what manner of august contribution she can have made to deserve *that* accolade; and beyond “spends two Parliamentary terms supporting the same National government that then does the awarding”, I got nothing.

Some additional clarification for the reasoning is, however, provided by Turia herself; who notes that she’s a “firm believer in the private or NGO sector carrying out a lot of the functions of the state” as a concrete expression of Rangatiratanga; so perhaps National decided she deserved to be called a four letter word in compensation for apparently trying to be the most prominent female Maori MP in favour of the anti-state Neoliberal agenda since Donna Awatere Huata.

Whatever you think of them, titular honours ought to be used for recognizing and – as the name implies – honouring the contributions of New Zealanders who have done things that truly improve our Nation and the lives of our people. They should be particularly applied to those who frequently operate outside the public eye and who do their duty bereft of the easy rewards and recognition of a pre-existing public profile.

They should *not* be used to back-slap and nod-wink-golden-handshake political cronies whose greatest identifiable contribution in the category “Services to Parliament” appears to be pliantly propping up the government doing the awarding … nor should they be used to curry favour with, or otherwise keep sweet, that same government’s pals in the upper echelons and tax-brackets of the business community.

In sum: when it comes to the Honours, I don’t care *what* you call them (although as applies the two focal points of this piece, a thesaurus opened to the entry for “perfidious” supplies any number of suggestions); but I *do* care *who* gets called what – and, just as importantly, why.

Otherwise, we’re left with a situation wherein the “Honour” rings about as hollow to many of us down here in the cheap-seats as the “Honourable” in “Rt. Hon. John Key”.

[My thanks to Nick Keesing for his assistance with this piece]