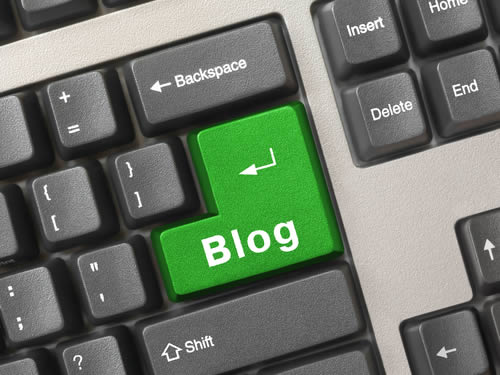 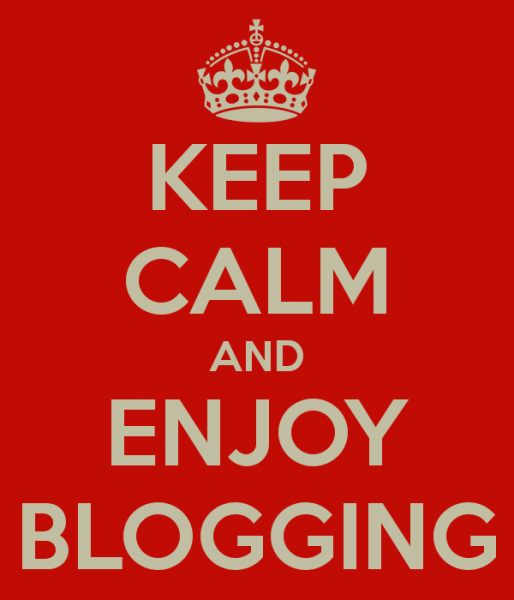 “The blogs dont get to vote in the labour party, so we dont pay much consideration to it”
– Andrew Little, 2012

2014 limps to an end with the political Left crushed and the Right in full spectrum dominance. From Guyon Espiner on Radio NZ, to Mike Hosking on Seven Sharp, to Paul Henry on TV3, to Sean Plunkett on Radio Live, to Judith Collins in the Sunday Star Times, it’s wall to wall neoliberal lunatic and on the blogosphere it was no better. Farrar was thanked by Key in his victory speech and Slater has leverage over the PM after running black ops for him. With the millions being poured into his new hate speech site ‘Freed’, 2015 will be as dirty and vicious as 2014.

Before we try and drag ourselves through the future sewers Mr Slater and his fascists have in store for the nation, let’s reflect on those in the blogosphere who made it the year it was. Without further ado, here are this years TDB Blogger Alignment Awards 2014*, with much referencing to Wiki for the Dungeons & Dragons alignment descriptions.

Lawful Good Blogger 2014: Sarah Wilson – Writehandedgirl
Lawful Good is known as the “Saintly” or “Crusader” alignment. A Lawful Good blogger typically acts with compassion, and always with honor and a sense of duty.

Sarah blogs with a rare courage. The anger her treatment at the hands of WINZ was best articulated by Chris Trotter who wrote…

I’m angry. Not angry like I get when I spill my coffee, but angry in that deep place way down in my gut that’s somehow connected to the back of my throat and my tear ducts. Angry as in slowly shaking my head. Angry as in quietly muttering “un-fucking-believable!” That sort of angry.

…Sarah has an ability to explore how those with little power or voice are really treated after Politicians regurgitate their rhetoric. Her strength in the face of such treatment by those supposedly charged with her welfare is a tragic and powerful call to arms. She is a hero.

PS – It’s a shame that the ‘plucky new leftwing blog’ she is involved in has already lost one of their editors, but not surprising. Looking at who is on there, it’s amazing they haven’t all language policed each other to death.

Gordon remains the only reason to read Scoop. He is easily one of the best bloggers in NZ with a means of cutting through bullshit with a laser like precision. His work continues to be the benchmark for progressive bloggers and his work this year has been some of his best work to date. A must read every week, he is on the side of the angels.

Chaotic Good Blogger 2014: Idiot-Savant – No Right Turn
Chaotic Good is known as the “Beatific,” “Rebel,” or “Cynic” alignment. A Chaotic Good blogger favors change for a greater good, disdains bureaucratic organizations that get in the way of social improvement, and places a high value on personal freedom, not only for oneself, but for others as well.

Idiot-Savant is a force of nature who fights his own battles to his own tune. Uses OIA requests better than any other blogger in the blogosphere, IS consistently breaks news angles and keeps a fierce eye on all things progressive. His harsh critique of Labour’s rolling over on warrantless spying is one of the best written.

The Godfather of the Blogs, Bryce Edwards continues to be a must read and is one of the only things worth reading in the NZ Herald. Edwards has done more to bring in voices from outside the beltway than any other columnist. His view on issues are the best read in the country. The only other person close to being as respected voice of reason is Russell Brown.

Neutral Blogger 2014: Graeme Edgeler – Public Address
Neutral alignment, also referred to as True Neutral or Neutral Neutral, is called the “Undecided” or “Nature’s” alignment. This blogger represents Neutral on both axes, and tends not to feel strongly towards any alignment. A farmer whose primary overriding concern is to feed his family is of this alignment. Most animals, lacking the capacity for moral judgment, are of this alignment since they are guided by instinct rather than conscious decision. Many roguish characters who play all sides to suit themselves are also of this alignment (such as a weapon merchant with no qualms selling his wares to both sides of a war for a profit). Some Neutral bloggers, rather than feeling undecided, are committed to a balance between the alignments. They may see good, evil, law and chaos as simply prejudices and dangerous extremes.

Despite being a lawyer, Edgler has managed to gain vast levels of respect from across the political spectrum. His say on most legal issues is considered the final word and he beats Andrew Geddis as the ‘go to’ person because no one ever goes to Pundit blog.

Chaotic Neutral Blogger 2014 – Matthew Hooton
Chaotic Neutral is called the “Anarchist” or “Free Spirit” alignment. A blogger of this alignment is an individualist who follows his or her own heart, and generally shirks rules and traditions. Although they promote the ideals of freedom, it is their own freedom that comes first. Good and Evil come second to their need to be free, and the only reliable thing about them is how totally unreliable they are. Chaotic Neutral bloggers are free-spirited and do not enjoy the unnecessary suffering of others, but if they join a team, it is because that team’s goals happen to coincide with their own at the moment. They invariably resent taking orders and can be very selfish in their pursuit of personal goals.

Somehow the moral shepard of the right, Matthew Hooton, has managed to retain all his media commentator platforms, despite being caught red handed in Dirty Politics giving Hager’s address to Slater to publish on his blog in the hope that the Chinese organised crime lords Cathy Odgers was working for would assassinate Hager. His continued presence as a political commentator is proof that NZers are laid back about everything, even our fascism. Sure Hooton handed over Hager’s address in the hope he’d get assassinated, but why get all worked up over that? Let’s have a beer and wank on about rugby.  While not a blogger himself, Hooton’s trolling of The Standard is legendary. Hooton is charming and his ongoing role as a commentator reminds us all how little charm there is in NZ.

Lawful Evil Blogger 2014: Lynn Prentice – The Standard
Lawful Evil is referred to as the “Dominator” or “Diabolic” alignment. Bloggers of this alignment see a well-ordered system as being easier to exploit, and show a combination of desirable and undesirable traits; while they usually obey their superiors and keep their word, they care nothing for the rights and freedoms of other individuals and are not averse to twisting the rules to work in their favor. Examples of this alignment include tyrants, devils, undiscriminating mercenary types who have a strict code of conduct, and loyal soldiers who enjoy the act of killing.

Of all the bizarre self mutilations this year, Lynn’s decision to publish a blog by Josie Pagani outing one of his best bloggers, Greg Presland, was the most appalling. For someone who likes to bleat like a wounded lamb about the sanctity of pseudonyms, watching him throw Presland under a bus for the machinations of the Labour Party was eye watering. Talking to Presland about it afterwards, Greg said he was shocked Lynn hadn’t even given him the courtesy of knowing that Pagani was going to officially out him. Like the good soldier he is, Presland bit his lip, but for an old duck like Lynn who likes to quack on about The Standard’s independence and the importance of pseudonyms, his own disloyalty to his own bloggers leaves him with little ammunition to throw at others.  Lynn brays like a donkey about how fragile my ego supposedly is, I think I’d prefer to have a thin skin than be a mean old shithead.

Neutral Evil Blogger 2014: David Farrar – Kiwiblog
Neutral Evil is called the “Malefactor” alignment. Bloggers of this alignment are typically selfish and have no qualms about turning on their allies-of-the-moment, and usually make allies primarily to further their own goals. They have no compunctions about harming others to get what they want, but neither will they go out of their way to cause carnage or mayhem when they see no direct benefit to it. They abide by laws for only as long as it is convenient for them. A blogger of this alignment can be more dangerous than either Lawful or Chaotic Evil characters, since she or he is neither bound by any sort of honor or tradition nor disorganized and pointlessly violent.

The bore of Babylon, the cloven hoofed one, shed crocodile tears this year about how he contemplated leaving blogging because he was supposedly ‘violated’ by information turning up in Dirty Politics, Farrar claimed he had been broken into and hacked, the truth was that a former staff member gave Hager the information. Now when former staff of Kim Dotcom went public, Farrar couldn’t laugh hard enough, but when former staff do the same to him Farrar was suddenly crying rivers of tears.

Farrar’s help in providing Key with polling data insights was so vital to National’s win that Key thanked Farrar personally in his victory speech. Farrar pretends to be lite right and moderate, the reality is he is a climate denying Israeli aggressor apologist Government propagandist who has been allowed to become a media commentator. He ends the year more powerful and more connected to Key than ever before.

Chaotic Evil Blogger 2014: Cameron Slater – Whaleoil
The Chaotic Evil Blogger is referred to as the “Destroyer” or “Demonic” alignment. Bloggers of this alignment tend to have no respect for rules, other people’s lives, or anything but their own desires, which are typically selfish and cruel. They set a high value on personal freedom, but do not have any regard for the lives or freedom of other people. They do not work well in groups, as they resent being given orders, and usually behave themselves only out of fear of punishment. It is not compulsory for a Chaotic Evil blogger to be constantly writing sadistic blogs just for the sake of being evil, or constantly disobeying orders just for the sake of causing chaos. They do however enjoy the suffering of others, and view honor and self-discipline as weaknesses. Serial killers and monsters of limited intelligence are typically Chaotic Evil.

For a third year running, Slater is the most chaotic evil blogger in NZ. Let’s list his crimes against media…

…in my opinion, Slater is a full blown fascist and his relationship with Key is all the more sicker for that. No PM of NZ should have an active relationship with a fascist, especially one who claims to have recorded the PM and has leverage over them.  Currently Slater is trying to shop around claims that left wing bloggers conspired to goad him into a suicide and were involved in hiring and paying Rawshark to hack him. His new hate speech news site ‘Freed’ is launching next year and promises to lower the standards of ‘news’ even further.

How someone this malicious can continue winning awards is beyond me. Sadism should be shown contempt, it shouldn’t be celebrated.

*TDB Bloggers weren’t eligible otherwise we would have just given all the good awards to ourselves.