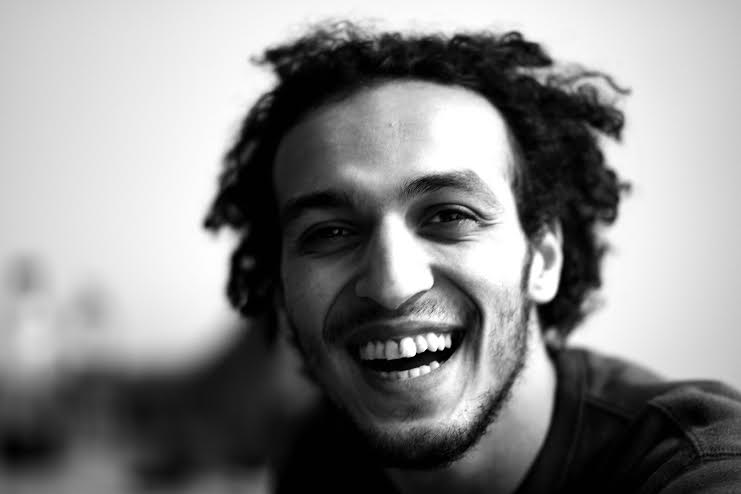 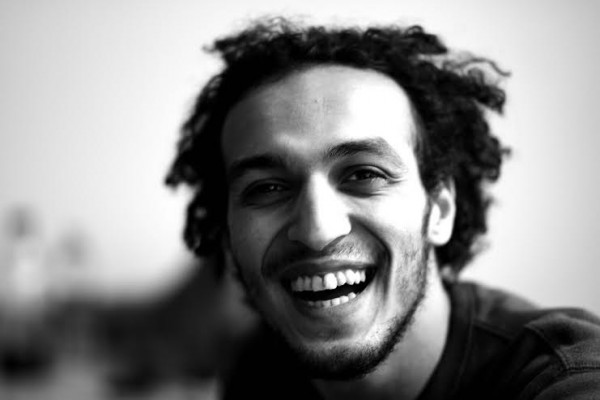 Amnesty International has named him a prisoner of conscience, detained solely for his journalistic work.

My name is Shawkan. I am a freelance photojournalist. I have been kidnapped and imprisoned, for almost sixteen months now. 500 days in prison, without committing any crime. My family are unable to negotiate my release. I am an innocent man.

I have been interrogated once by the authorities since my arrest. My detention has been renewed every 45 days and I have not been charged with a single crime.

I was arrested on 14 August 2013, whilst photographing the Rabaa demonstrations in Rabaa Square, Cairo, Egypt. I was working at the time and before I was arrested, I identified myself to police as a journalist. My camera was taken off me, my hands were tied and I was beaten.

I have been imprisoned without any investigation into the fabricated charges of which I am accused. Each day I question why I am still here. I have witnessed the release of more than half of the prisoners who were with me, including the Al Jazeera correspondent Abdullah al-Shami.  And still, I remain inside this black hole. Execution is the penalty for the fabricated accusations that I am facing.

The authorities have been given the necessary paperwork confirming that I am a photojournalist. They also have witness statements from colleagues with me on that day, to say that I carried nothing but my camera. These submissions have all been ignored.

I was arrested with my friend, the French photographer Louis Jammes. He was released the same day. I am now an Amnesty International case, considered a prisoner of conscience, because all I was doing that day was working, taking photographs. Still, nothing changes.

The world has declared a war against terror, but there is little condemnation of the human rights abuses, arbitrary detentions, violent deaths, mass trials and sentencing, all of which have been sanctioned by the Egyptian authorities.

Journalists are being killed, kidnapped, detained, beaten, arrested, threatened and tortured. The cameras belonging to journalists are stolen and charges are fabricated. Freedom of expression has become political.

I want to show you a little of the life of suffering I have here in jail. It is a life that is far away from real life, and the life that I had. It is an endless nightmare inside this black hole that I am stuck in. The sunset has become a tiny strip through the iron mesh.

First, I will tell you about how the prosecution lied to my elderly father with promises, such as “Don’t worry. Your son will be released”.  And now a year and more has passed with my father being dragged daily into the prosecution offices, to no avail.

Then there is the suffering endured by my family at my weekly visits. I meet with them for a few minutes without any privacy, under the spying eyes of police officers. My family are forced to wait for 7 or 8 hours in order to be processed, before they are finally allowed entrance to the jail. They wait patiently to see me, facing degrading treatment and insults whilst waiting. Their hearts ache. They want to take me home with them. They know my innocence but nobody is listening.

I want to tell you about the daily prison sufferings that I am forced to face. How you are ruled and controlled by unfair people. How you are imprisoned by other people’s habits and cooped up with many others.  How you are forced into the impossible situation of trying to live an unnatural life.

Everything here is imprisonment. I cannot see the sky clearly without an iron net and bars. I can only just see the sky from a small hole in the ceiling. Iron is taking over the place here. Heavy iron doors and a dark room like a dungeon.

I want to tell you about the cell I share with twelve political prisoners, many like me, are professional people. We live in a small cell 3 metres x 4 metres, which is not even suitable to be a cage for animals. I sleep on the floor. Every day is the same.

I spend twenty two hours each day locked in this small, dark cell with twelve others. For two hours I am moved into a small cage under a sun that I can barely feel. This is my existence.

I will share with you the degrading story of the bathroom. It is just a very small part of the same room. Everyone can hear what happens inside so very clearly. We cook, eat, pray and use the bathroom in this same room. We are robbed not just of our freedom, but also our dignity even in the most basic of functions.

We experience periodic searching of our prison cells, where the inspectors scatter and throw the contents of our cell everywhere. Our belongings get stolen and we are insulted by those who don’t even know how to write their own names.

I want to let you know about the frustration, disappointment, hopeless feelings and wasting my dreams between four of the cursed, ugliest walls I’ve ever seen in my life.

I want to tell you about such a person who lost his family and he is still detained behind these walls.

I want to tell you about the voices of pigeons and sparrows reasoning around me, renewing my hope to life and survival.

I want to tell you how I sleep long hours, up to 13 or sometimes 14 hours every day in order to flee these cursed walls.

I also want to tell you about my beloved country that slay me and destroy my simple dreams in the darkness of prison.

Please forgive me, there are many things that I have missed telling you, like my hopes to travel, my love of music, films and nature, but my dreams are becoming narrow. The same as the black hole I am living inside.

I simply ask that now that you know of me, please do not turn away. I am a photojournalist, not a criminal.

I’m Mahmoud Abou Zeid, Shawkan ….Write to me at your neighbourhood Cemetery in Tora prison.