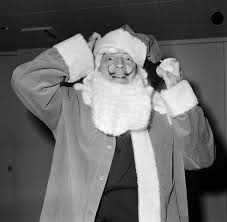 Christmas is a time to spend with whanau and to rejoice at the bonds that matter.

If you have been blessed this year, take a moment at your tables of bounty to reflect on the 800 000 NZers in poverty who have little to celebrate this year.

A recent story of a 8 person family saddened that the Salvation Army wouldn’t be providing them with Christmas presents was met with a torrent of social media vitriol and a response from the Salvation Army that sounded more like National Party policy than the kindness of Christ.

30 years of neoliberalism has left us with cultural values that simplify the power networks in society down to a bigoted belief that the poor choose to be poor. It has robbed us of compassion.

Whatever the life choices that family of 8 has made, the idea so many NZers would viciously enjoy denigrating them (as Cameron Slater recently did with the poor lining up for the City Mission) is a sad indictment on our culture.

People in poverty who are overweight and own a cell phone are hardly the fruits of capitalism are they? A technology available in 3rd world countries and a life of obesity related health diseases are the evidence the Right hysterically provide as proof the poor aren’t really poor?

It’s as obscene as trying to claim John Key is the most transparent PM we’ve had.

The lack of compassion towards those who suffer is the reason our inequality has exploded. In this season of peace on earth and good will to all, we should strive to be less judgemental of those less fortunate and far more giving.

The Daily Blog wishes a very merry Christmas to all our readers and bloggers.