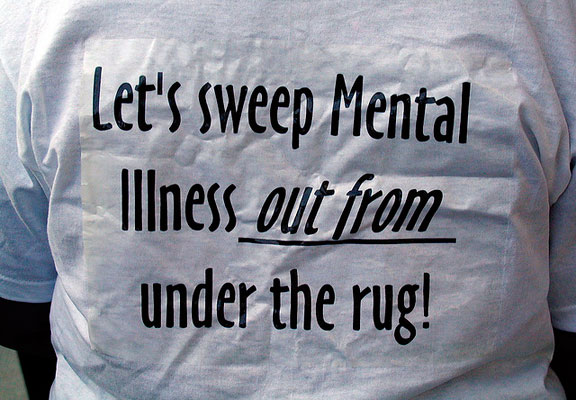 The new president of the Royal College of Psychiatrists in the UK, Sir Simon Wessely has recently said, “If we treated people with diabetes the way we treat those with depression there would be an outcry”.

The fact that different disabilities are treated differently by the medical world is illogical in itself. Mental illness is never taken as seriously as physical disabilities and disability acquired by an accident holds more privilege than one acquired at birth.

When I was in the process of applying for funding for housing modifications from the Ministry of Health, the amount of time and paperwork it took was unnecessary added stress to what I was already going through. If I however were wheelchair-bound from a car accident for example, ACC would have provided the funding immediately and there would be no limit to the amount they would give. Myself on the other hand had a capped amount that I was eligible to and each application took at least a year. By the time the year passes, I’m almost at the point of desperation.

To say that one type of disability is entitled to more privileges than another is an out-dated and unfair practice. While the kind of support one will require will differ from case to case, the type of disability one has and the way in which it was acquired should be irrelevant when it comes to accessing support.

The mental stress is still there regardless of how or what the individual situation is and each person is entitled to live their life the way they choose to with the least hindrances as possible. Whether the disability is mental or physical, stigmatisations and inconsistencies in treatment or occupational therapy does nothing but add unnecessary stress on the person who requires it and their family.