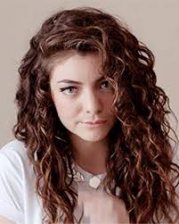 Headline: Final Across The Ditch Bulletin for 2014 – Lorde Help Us!

FiveAA’s Peter Godfrey and MIL’s Selwyn Manning present their last bulletin of Across The Ditch for 2014.

PART ONE:
The year began nicely enough, with a long and settled Summer extending into a mild and kind Autumn.

The economy was supposed to deliver us a liveable wage, the Prime Minister told us we were on the verge of witnessing something remarkable, and we were asked to once again trust the Government and its methods, it’s illegal spying made legal, its dirty tricks justified by the ‘every body’s doing it so why can’t we’ adage.

Many were beginning to have their doubts about John Key and his Beehive boys, but not in numbers large enough to overthrow his slick regime when Kiwis went to the elections on September 20th.

Culturally, Kiwis have achieved some remarkable goals. On the sports field the All Blacks continued to empty shopping malls all over the country every time they played. The ABs have not won every game but won the ones that count and against the world’s best. It seems the national team is on track to again be a force in the 2015 Rugby World Cup.

Lydia Ko, the 17 year old Golf playing sensation has put herself on the treadmill of professional sport and has notched up a few unbeaten tournaments worth millions to her personally. Many on this side of the ditch believe she is Golf’s new female version of Tiger Woods, without the baggage. Lydia is cool, calm, and humble and it is an understatement to say he is blessed with world class talent. If you follow Golf, do follow this person’s career.

Her song Royals is said by some to define her generation, an observational introspection through the eyes of today’s youth. It connects to the age old ‘us and them’ complex but with an indifference that escaped our generation when we listened to Roger Waters’ lyrics on Pink Floyd’s super album Dark Side of the Moon.

‘And we’ll never be royals (royals). It don’t run in our blood,
That kind of luxe just ain’t for us. We crave a different kind of buzz.’

Not only do Kiwis of all ages celebrate her success but so too do the Americans. There, Lorde connects with today’s youth through every trendy medium available to her, they seem to love her music, her awkward dance moves, her social statements like her inky fingertips at the Grammys and her smeared lipstick when performing.

She seems to have achieved the unachievable in the USA… Remain a Kiwi with a Kiwi accent and still be celebrated for her talent.

She has proven to be more than a one or two hit wonder. Royals was backed up by other significant works such as Tennis Court and others all off her hugely successful debut album Pure Heroine, and only a number of weeks ago Lorde released her new blockbuster hit, Yellow Flicker Beat, the theme for the latest Hunger Games movie, Mockingjay… Oh… And if you are wondering what else has happened for this remarkable person… she has featured twice on SouthPark!

And Peter Jackson, the celebrated director of The Lord of the Rings trilogy has completed the third of three Hobbit movies. This week Hollywood celebrated his contribution to the industry with a star embedded in the Hollywood Walk of Fame. 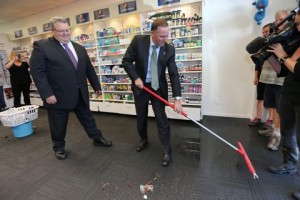 In recent weeks New Zealand has been labelled the second most non-corrupt country on earth, and this week we were said by the Telegraph, to be the world’s best tourist destination.

Perhaps we are! Perhaps that is why the Government statistics show:

That equates to People leaving NZ for Australia down by 36 per cent to 30,500 while arrivals from Australia to NZ increased 32 per cent to 22,200. In both directions, most migrants were New Zealand citizens.

So with those figures showing a trend building where people are coming home to NZ to roost, is New Zealand going to meet their expectations? It’s impossible to answer.

Like everywhere, the country has its challenges. This week the OECD singled out New Zealand and Mexico for embracing economic policies that accentuate inequality. Basically the OECD was saying governments cannot expect wealth to trickle down to those estranged from opportunity. And inequality expresses itself in health status, educational achievement, housing and living standards, security and lifestyles.

These are the challenges that Kiwis returning home will soon become acutely aware of. There are the infrastructure challenges, that within a nation as young as ours, that is still developing its roads, networks, institutions, the tax from a population of 4.5 million can only go so far.

New Zealand ends 2014 with so many wonderful things that we celebrate, especially within our families and communities. But it faces an identity crisis where the traditional concept of Kiwi fairness and justice maybe… just maybe… be beginning to ebb behind the ‘us and them’ individualism, where it is ok to destroy another if, in the process, you end up the winner. This isn’t the indifference Lorde writes about in her song Royals, but is something more sinister.

If politics is the cumulative expression of our communities, then New Zealand is doomed to a future where parody masquerades as reasonable, where accountability is based on what you can get away with, and a selfie replaces the expectation of rational debate.

As one popular pundit said this week, 2014 has been the year of The White Knuckled Fist.

The positive is, that that white knuckled fist can be relaxed. The challenge is for New Zealanders to find a reason to relax it. So in a week where our politicians voted on new laws that give New Zealand’s spies more powers, including the legal right to spy on Kiwis without a warrant, I say roll on Christmas, New Year’s Eve, and 2015. We need a circuit breaker from the fallout from this year’s divisive elections, and are overdue for a change.

Across The Ditch is broadcast live weekly on FiveAA.com.au and webcast on Livenews.co.nz.