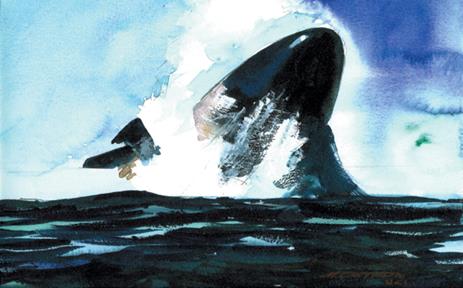 IT IS EIGHTEEN YEARS since education lecturer, David Small, surprised two Security Intelligence Service (SIS) agents attempting to break into the home of the anti-free trade activist, Aziz Choudry. The SIS was to pay dearly (quite literally as it turned out) for that spectacular cock-up. Legislative change was required to settle the feathers of liberal opinion which, as always, professed outrage at the very idea of a state that was willing to break into the homes of its citizens. The bitter truth, of course, is that the agents and agencies of the “Deep State” have never hesitated to do whatever the hell they liked in its citizens’ homes and workplaces.

Before the responsibility for defending “national security” was handed over to stand-alone agencies like the SIS it had been divided between the Police (Special Branch) and the Armed Forces (Military and Naval Intelligence).

Sometimes, as in the Waihi Miners’ Strike of 1912, the Police worked hand-in-glove with the government of the day to bring agitators and subversives under control. On other occasions – as in the  early years of the First Labour Government – the Police kept tabs on their political masters without their knowledge. (What other choice did they have when the agitators and subversives had become the Government!)

This is, of course, the defining characteristic of that nexus of defence, control and administrative institutions we call the Deep State: that it feels perfectly comfortable determining what is and isn’t in the “national interest”; and that it carries out this function without paying too much attention to the democratic niceties. The people’s elected representatives might be consulted if they are the right sort of representatives (with the emphasis on “right”). “Left” representatives, on the other hand, don’t “need to know” and should not be told too much about the Deep State’s activities.

In Margaret Hayward’s Diary of the Kirk Years she makes it plain that Norman Kirk was not only the subject of more-or-less constant SIS surveillance from the moment he became Leader of the Opposition, but that even as Prime Minister he could not count on his spooks keeping him in the loop of their surveillance activities.

As a young, fairly radical back-bench Labour MP, Helen Clark made no secret of her belief that her phone-calls were being monitored by the SIS. Given Clark’s long association with such dangerous beasts as the Nicaraguan Sandinistas and East Timor’s FRETILIN freedom-fighters, the SIS was probably the least of Helen’s worries. The Americans cannot have been happy with her appointment to the Chair of Parliament’s Peace and Disarmament Select Committee – especially when it became clear that David Lange (his solemn promises to US Secretary of State, George Shultz, notwithstanding) was about to take his party’s anti-nuclear policies seriously.

Had the Fourth Labour Government not been equally keen on implementing a radical series of neoliberal reforms, the Deep State would almost certainly have set in motion the same kinds of “defensive” measures that led to the dismissal of Gough Whitlam’s errant Labour Government back in 1975.

In 1984, however, a major power-shift was underway within our Deep State apparatus. From being just one of a number of important government institutions, the Treasury was moving to assert a decisive role in the governance of New Zealand.

All over the capitalist world power was migrating from the military to the economic sphere. The money men were beginning to count for more than the men in uniform. With the fall of the Berlin Wall this shift became complete. The Soviet Union did not fall to generals driving tanks, it was broken up by economists wielding lap-tops.

Francis Fukuyama called it the “end of history” and in a way he was right. If history is understood to mean the steady pressure of the masses to throw open the closed institutions of the elites, then the collapse of the Soviet Union and the dismantling of the social-democratic institutions that made possible the post-war boom did, indeed, mark the terminus of the “progressive” historical experiment.

The most significant effect of this massive disempowerment of the Western working-classes is the radical reduction in the distance between the surface of the State and its foundations. For the neoliberal victors of the ideological struggle, only the institutions of the Deep State are deemed worthy of preservation. The Courts, the Police, the Prisons, the Armed Forces, the Security Services: all are needed to manage the consequences of the free-market revolution. In Fukuyama’s “liberal capitalist democracies” the only remaining legitimate role for elected politicians is to keep the agencies of repression and social control adequately funded and fit for purpose.

To justify this “night-watchman” role, the modern politician is required to manufacture a menagerie of enemies frightening enough to keep a majority of the voting public clamouring for safety and security. Democratic politics is thus reduced to a combination of cheap vaudeville routines and spectacular conjuring tricks. The electoral “audience” is first persuaded to identify and bond with their political impresarios, and then impelled to seek protection from the succession of scary monsters which their masters periodically summon to the stage.

This sort of politics cannot succeed without the active participation of the news media. Even more than the traditional agencies of social control and repression, the media has become integral to the Deep State’s protection of the neoliberal revolution. For the “Politics of the Spectacle” to work its magic of misdirection and distraction, the media must be fully engaged in the process. This not only requires the transformation of politicians into media “talent”, but also the Deep State’s active collaboration in fuelling and maintaining the media’s evolving political narratives.

Back in 1996 David Small’s surprising of two SIS agents at Aziz Choudry’s residence spelled political disaster for the Service. Eighteen years later, the Director of the SIS, Rebecca Kitteridge, fronts-up to the television cameras and openly argues for a “temporary” curtailment of civil liberties. Her predecessor in the job, Warren Tucker, is shown to have willingly inserted himself into the machinery of a media smear operation run out of the Prime Minister’s Office.

The Deep State has surfaced.