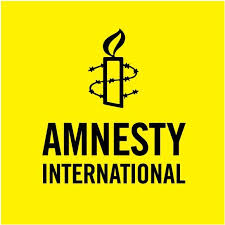 As the New Zealand government seeks to rush new through new anti-terror legislation, Amnesty International is raising grave concerns over the speed at which the Bill is being rushed through Parliament and is calling for an extension to the consultation period.

“Slamming through legislation in such a short timeframe puts hard won and fundamental human rights at risk. It is a blow to the foundations of New Zealand’s constitutional arrangements,” said Amanda Brydon, Advocacy Manager at Amnesty International.

“It is dangerous to rush through such measures without proper consultation, careful, thoughtful analysis is needed, not fast-tracking and grandstanding.”

While the Government has an important role in the protection of New Zealand from threats to national security, it has a responsibility to always uphold the very values and freedoms it is trying to defend. To do this it must ensure that any anti-terror protection measures are consistent with international human rights standards, something that has not been adequately done with the current bill.

The cancellation of passports and the increased surveillance of individuals, including circumstances where a warrant is not required, constitutes a fundamental interference with a range of human rights, including the rights to privacy, freedom of expression and freedom of movement.

These are just two of a number of questions Amnesty International and others have around the Bill.

Amnesty International also questions the Government’s justification that the legislation is being introduced to meet obligations as set out by a United Nations Security Council resolution to address foreign fighters.

“The same resolution also clearly states that governments must comply with their obligations under international law – including international human rights law – and that failure to do so contributes to radicalisation,” said Amanda Brydon.

“By only allowing 48 hours for consultation by experts and others, the Government is not allowing the opportunity for proper scrutiny and the ability to robustly discuss whether the proposals are indeed consistent with our obligations under international law.  The Security Council resolution should not be used to justify the haste with which this bill is being rushed through the consultation process.”