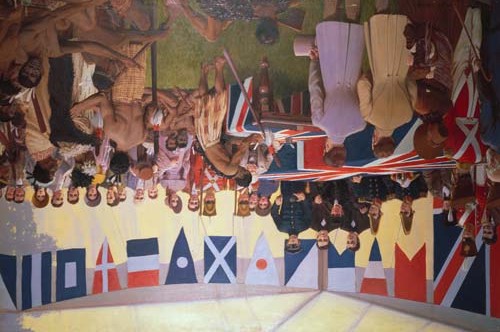 John Key has done it again.

This week our lovely Prime Minister has showed us how little he knows about the history of the country he is supposed to be running. Apparently “New Zealand was settled peacefully”. Was it really? Because I know plenty of people who would disagree.

In saying this however, I also know people who would agree with this statement and Key’s remark highlighted how little some Kiwis know about Maori-Pakeha race relations from the 19th Century to the present day. It’s so nice to live in a bubble where we tell ourselves that this country has a racially peaceful past but comforting yourself with lies and fabrications can never have a good outcome.

This is where education plays a primary role. I remember sitting in a high school classroom learning about the Treaty of Waitangi in the most boring way possible year after year, the same information with such little depth. It almost stops at the two different translations, unless things have changed since I was at school. It isn’t until year 13 history when you really gain a comprehensive understanding of the realities of the historical events and their repercussions. And of course, by then it’s an optional subject.

The number of times I’ve heard people say that Maori complain unnecessarily and question why they think they’re so entitled is disgusting. Such people know nothing about structural racism. It’s like people who say that sexism and misogyny doesn’t exist anymore, or those who say that people with disabilities no longer have any societal limitations. Only people who live the realities of being marginalised everyday will understand how ridiculous these claims are.

If we don’t open our eyes and start to see such grievances as serious and legitimate issues, nothing is ever going to change. But to build a socially conscious society where people can understand why things are the way that they are and why they need to change immediately, we need to understand the significant role the schooling system plays in making that happen.