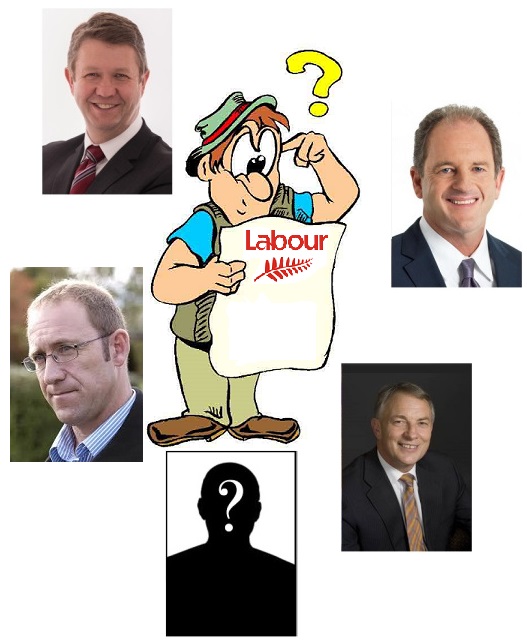 It did not take long.

In fact, on the same day that Andrew Little won the Labour leadership*, the first media reporter was already asking if he would be stepping down  if Labour failed to lift in the all-important polls.

Wilson: “And in terms of your accountability though, if at the end of 2016, there is no movement [in the polls] there is no change, what happens then?”

Wilson: “Is there any point during the next few years where you will say, ‘Ok, this hasn’t worked; I haven’t done what I set out to achieve; I’m leaving’.”

Now bear in mind that Radio NZ is not part of the ratings-driven, advertising-revenue-chasing corporate MSM of this country – but still those questions were put to Little.

How long before the corporate MSM – sensing sensational headlines and potential advertising revenue –  begin baying for blood and drafting stories which begin to portray Little in a negative light?

It was the relentless attacks on Cunliffe from all quarters of the MSM (including non-commercial Radio NZ) which contributed to under-mining his leadership in the eyes of the voting public.

The public’s perception of a political figure is determined largely by how he is portrayed by the media. Fairness and accuracy can play little part in reporting stories targetting a political figure. As the Donghua Liu Affair, in the NZ Herald showed with disturbing clarity, even a non-story can be spun in such a way as to totally destroy a man’s credibility and reputation.

Note: As an aside, in defending the Herald’s story on the 13 year old Donghua Liu-Cunliffe letter,  Editor  Tim Murphy stated in June this year (in an email to this blogger), that “We fully expect further details to come will show the Herald’s earlier reporting to have, as we have known throughout, been accurate and soundly based“. Nothing further has been produced by the Herald to back up it’s assertions since it was forced to make retractions on 25 June.

The Donghua Liu Affair was part of  an ongoing, targetted, smear campaign against David Cunliffe. The non-story, involving a 13 year old letter; a non-existent $100,000 bottle of wine; and an alleged, yet-to-be-discovered, $15,000 book, painted Cunliffe as untrustworthy, and the Labour Party as dodgy.

The new  Labour leader will have to keep his wits about him and use every media-related connection and employ the best possible media minders to counter an MSM that can no longer be trusted to report the basic truth. With the likes of Patrick Gower and Mike Hosking competing to be the “baddest bad asses” on the Media Block, accuracy and truth play third-fiddle behind egos (#1) and ratings (#2).

TV3’s Patrick Gower has already had a ‘go’ at Little’s victory, referring to the democratic selection process as “the great union ripoff”;

“It’s a backdoor takeover by the unions. Simply, Andrew Little would not be Labour leader without the unions. He is the unions’ man; Little is a union man, and the unions have got their man into Labour’s top job.”

Gower’s statement mentions “unions” five times in three short sentences. Which, when you think about it, is bizarre given that the Labour Party was born from the union movement in the first place**. Who did Gower think would lead Labour – someone from the Employers’ Federation? Business NZ? The Business Roundtable?
Silly little man pretending to be a political commentator.

What next – siblings marrying each other under an ACT-led government?!
Predictably, Gower then launched into his own “Who’s-the-next-Leader” guessing game;

Gower says there remains the chance Grant Robertson and Jacinda Ardern – known informally as ‘Gracinda’ – might have another crack at the leadership – but this time with Ms Ardern leading the way.

“I think there will be a switcheroo – Jacinda as the leader, Robertson as the deputy. He’s probably seen the writing on the wall that it has to be her if they have another go.”

They just can’t help themselves. In an ‘Interstellar‘-quality vacuum of any meaningful news reporting, media-hacks like Gower will  blather on about any silliness that enters their heads. Far be it for him to actually interview Andrew Little and ask him questions like;

What’s on your agenda if you become Prime Minister?

What’s your point-of-difference to National?

What do you hope to achieve, legislation-wise, in the First 100 Days of a government you lead?

You know, real questions that real journalists used to ask, in real interviews, with real people.

At the same time, the same brickbat used to beat the MSM around it’s collective head should be generously applied to the Labour Party hierarchy’s backside.

When Labour president Moira Coatsworth made this statement in the NZ Herald, congratulating Andrew Little;

Labour president Moira Coatsworth, who announced Mr Little’s victory, said he would lead a reinvigorated party into the 2017 election campaign.

“Andrew has the leadership skills and the vision to win the trust of New Zealanders and take Labour to victory in 2017. I have no doubt he will go on to become a great Labour Prime Minister who builds a stronger, fairer and more sustainable New Zealand.”

– it was the same gushing enthusiasm she voiced for David Cunliffe last year;

“The Labour Party congratulates David Cunliffe on his win. David has been elected by a robust and democratic process and has won on the first round with a clear majority. This gives him a strong mandate as leader and he has the full support of the Labour Party.

David Cunliffe has the leadership skills and the vision to win the trust of New Zealanders and take Labour to victory in 2014. I have no doubt he will go on to become a great Labour Prime Minister who builds a stronger, fairer and more sustainable New Zealand.”

“I congratulate both David and Grant and look forward to working closely with them as we build towards a Labour victory in 2014.

David and Grant bring a fresh approach; a breadth of skills and a strong commitment to rebuild for a Labour win in 2014.”

If the Labour caucus don’t support their own leader – especially when times are tough – why should they expect the voting public to take their  leadership choices seriously? After all, with four leaders gone in six years, it would appear to be a temporary position at best.

And earlier, on 25 September, I wrote to the NZ Herald;

If Labour keeps changing it’s Leader after every defeat, then I put the following questions to them;

1. How will a Labour Leader gain experience, if they’re dumped every couple of years?

2. How can the public be expected to get to know a Labour Leader, and develop trust in that person, if their presence is fleeting and disappear before we get to know him/her?

3. How will a Labour Leader learn to handle victory, when s/he first won’t be allowed to understand defeat? Humility is learned in failure, not success.

I also pointed out in the same letter-to-the-editor;

The Greens have leaderships that are stable and long-term, irrespective of electoral success or failure. That is because the Party has faith and confidence in their leadership choices.

Even pro-National columnist for the NZ Herald, John Armstrong stated the obvious on 18 November;

“The public should warm to him. But that will take some time.”

Meanwhile, on the day that Andrew Little won the leadership contest, John Key made this astute observation;

“What this process has shown is that there are deep divisions within the party, they’re a long way away from agreeing with each other or even liking each other.

Andrew Little has the task of unifying a group of individuals who historically have shown they have very low levels of discipline.”

He has a point.  Labour’s lack of internal discipline is in stark contrast to National’s public facade of unity. Both parties have their own factions – but National is the one that has succeeded in keeping in-fighting private and behind closed doors.

There is a weird  irony to this. Labour is supposedly the party that espouses an ideology of collective action whilst National is the party of unfettered individualism.

Yet it is the Nats who work collectively and collegially for their number one goal: power. Any factional agitation and cat-spats for dominance is kept well away from the public and media gaze.

By contrast, Labour appears to be a party of rugged individualists that would make ACT look like an Ohu commune from the 1970s.

Labour could do well do learn from their rivals.

The alternative is more dissent and dis-unity within Labour; more leadership changes; and a National government stretching into the 2020s, with Max Key taking the reigns of Prime Ministership from his father, and assuming the dynastic role of “Little Leader”.

Personally, I prefer a “Little Leader” to emerge from a Labour-led government, and not a future National regime.

Andrew Little’s success will be our success as well.

* Disclaimer: This blogger is not a Labour Party member, nor has any preference who should be Leader of that party.

** Acknowledgement to Curwen Rolinson for his perception and pointing this out on his Facebook page.

Radio NZ Checkpoint: Little says narrowness of his win not a problem (audio)

NZ Herald: ‘He has the vision to win the trust of New Zealanders’ – Andrew Little elected Labour leader

A Study in Party Stability

No More. The Left Falls.

Letter to the editor: the culling of Cunliffe