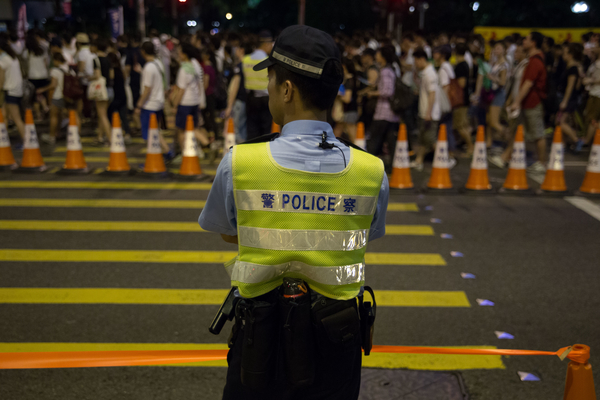 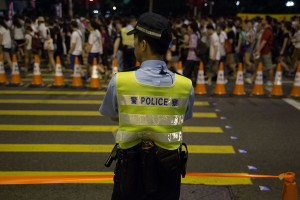 Yesterday’s edition of The New Zealand Herald features an open letter to all New Zealander’s from Xi Jinping, President of the People’s Republic of China.

Along with calling us a “shining pearl on the Pacific Ocean”, he expresses hopes for a bright future of relations between New Zealand and China. A future, to paraphrase, where the two countries move forward hand in hand, as good friends, sticking together through thick and thin…

His visit will no doubt lead to talk of trade and tourism, but here at Amnesty International we’d like to suggest John Key and President Xi have a different conversation

The problem is the list of human rights abuses taking place in China is so long, it’s hard to know where to start…

We could start with torture – in particular the flourishing trade, manufacture and export of tools of torture by Chinese companies fuelling human rights violations across Africa and Asia.

Or we could start with the death penalty – and the fact New Zealand’s biggest trading partner is believed to secretly execute more people each year than the rest of the world combined.

But instead, let’s start with an invitation for tea.

How civilised, you might think – except that in China being “invited to tea” is a euphemism for being called in for questioning by the authorities.

And President Xi arrives in New Zealand amidst an intensified crackdown against mainland Chinese activists peacefully supporting the pro-democracy protests in Hong Kong. More than 100 activists have been “invited for tea” and then detained for posting pictures online with messages of support, shaving their heads in solidarity, and planning to travel to Hong Kong to participate in the protests; at least 33 of those are believed to still be in detention.

The President’s visit to New Zealand also coincides with China’s first World Internet Conference, taking place in the eastern Zhejiang province. The event,  bringing together Chinese officials and global web leaders, is seen by many internet experts as part of the Chinese government’s attempt to influence the rules governing the web.

Amnesty International’s China researcher William Nee summed up the our concern when he said:

“Internet freedom is under attack by governments across the world. Now China appears eager to promote its own domestic internet rules as a model for global regulation. This should send a chill down the spine of anyone that values online freedom.”

Since President Xi came to power, hundreds of people have been detained solely for expressing their views online. Authorities continue to abuse criminal law to suppress freedom of expression, including by detaining and imprisoning activists for online posts that fall foul of the censors.  Access to thousands of websites, including Facebook, Instagram and Twitter is blocked, major international news sites such as the BBC, the New York Times are also banned as is, not surprisingly Amnesty International’s website.

Scores of phrases are censored on social media including any mention of the 1989 Tiananmen Square crackdown or the ongoing pro-democracy protests in Hong Kong.

Is this the future the world wants to adopt?

Amnesty International is calling on business leaders going to Zhejiang to speak out for online freedom and challenge the Chinese government’s shameful record.

And with President Xi here in New Zealand there is an unprecedented opportunity for Prime Minister John Key to raise the issue with him directly.

When New Zealand won its bid for a temporary seat on the United Nations Security Council in October, Foreign Affairs Minister Murray McCully publicly stated to media that he was, “quite prepared to test friendships including with China and the US during New Zealand’s two-year term on the Security Council, starting in 2015.”

Why wait until 2015? Now’s your chance. Put China’s abysmal human rights record on the agenda over the next two days and ask China to: ban the production and trade of tools of torture, end the use of the death penalty, and release all activists detained solely for exercising their right to freedom of expression and peaceful assembly.

This is a prime opportunity for the New Zealand government to speak out and prove that it will be that independent and principled voice it has promised to be.