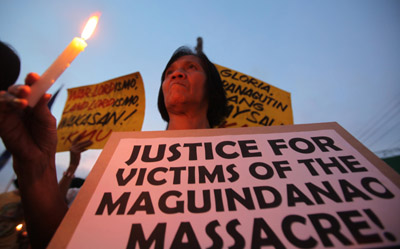 Renowned investigative journalists, film makers, academics and media freedom campaigners from across the Asia-Pacific region will come together at AUT University on 27-29 November for a thought-provoking conference on political journalism.

Pacific Media Centre director and conference convenor Professor David Robie says the conference will provide a stimulating and challenging platform of dialogue, as it confronts and explores many of the issues faced within political journalism today. 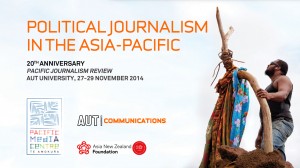 “This is the very first time that AUT is hosting a conference with such a stimulating interface between international journalists and film makers from the region, civil society advocates and media educators and researchers,” says Professor Robie.

“One of the most interesting presentations will be on asylum seekers in the Pacific and the contemporary pressures of the surveillance state on journalists.

“And, of course, it is a real milestone to have our media research journal, the Pacific Journalism Review celebrating two decades.”

The conference will bring to centre-stage an influential array of keynote speakers:

• Ces Oreña-Drilon, award-winning Filipino television journalist who was once kidnapped by Abu Sayyaf rebels, will discuss developments in the trial of the Maguindanao massacre in the Southern Philippines in 2009 when 32 journalists were murdered by a local warlord’s militia. The killings constitute the world’s worst ever death toll of news people in a single attack.

• Celebrated journalist and film maker Max Stahl from Timor-Leste – the man who exposed the 1991 Indonesian massacre at Santa Cruz cemetery to the world – will give the PJR birthday keynote address about what he describes as “anti-news”. He will also be screening scenes from an experimental film based on East Timor’s struggle for independence from Indonesia.

• Repúblika editor-in-chief Ricardo Morris will address the topic of media freedom in Fiji under the military backed regime and since the September General Elections.

Morris will be joined by lecturers, researchers and recent graduates of the University of the South Pacific talking about their struggle to protect media freedom.

Other speakers and paper presenters include Nick Chesterfield of West Papua Media news agency who will discuss how journalists can work undercover in West Papua yet protect their sources; and researchers exploring the status quo on climate change, asylum seekers and the widely condemned “Pacific solution”; as well as discussions around Māori and cultural social media representations; and the emerging surveillance societies in Australia and New Zealand.

More information on the programme and speakers can be found here.