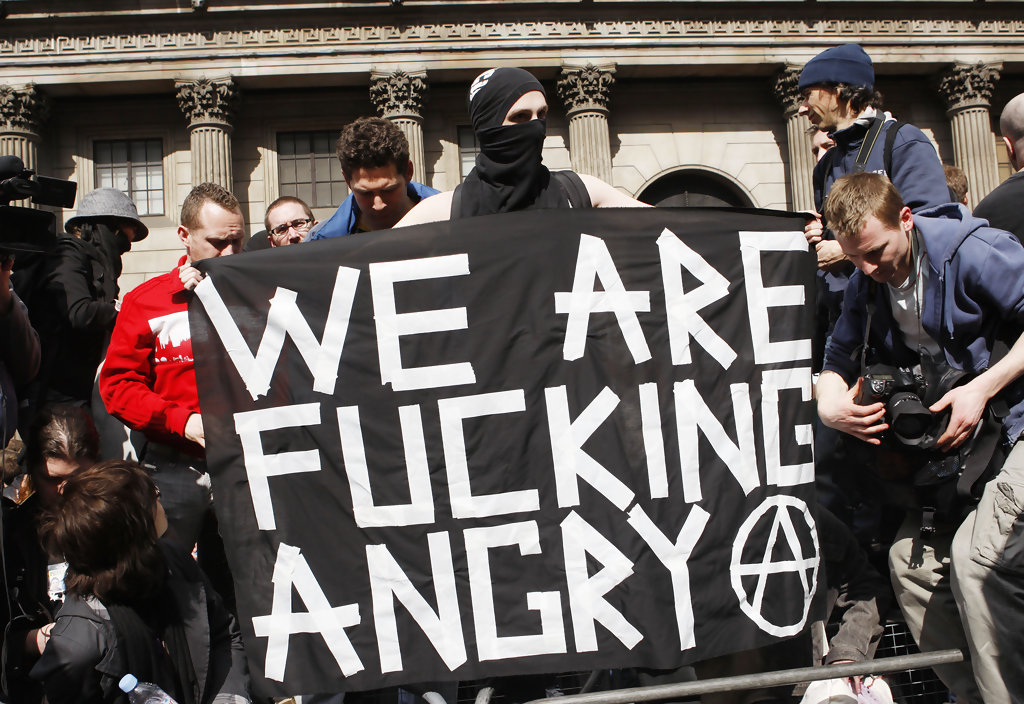 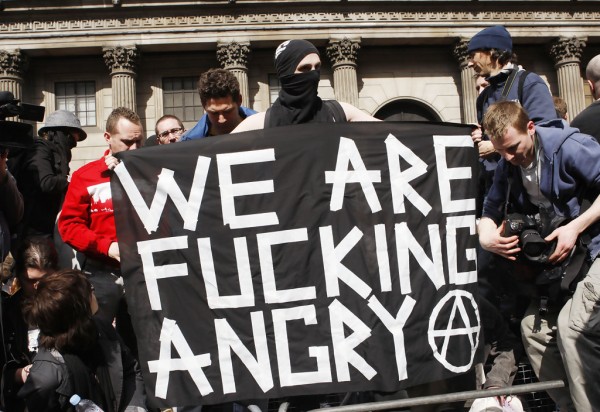 One of my mum’s colleagues recently told her that there is no money in what her daughter was doing; volunteering at a women’s refuge and writing on politics. This guy, dispensing all his pearls of wisdom, told my mother that setting up my own blog with various other writers is not likely to make me any money, either – he knew someone who had done the same and after a year was still wasn’t making any money off advertising. He believes my issue is “I don’t take advice well” and my swearing puts people off. I would have thought my radical intersectional feminist ideas and disdain for the government and establishment would be more offensive to some than the word “fuck” appearing in my blogs, but obviously not.

This guy at my mums’ work with all the unsolicited advice was of course a baby boomer.

A baby boomer or member of the ‘greatest generation’ telling a millennial how to live their life is nothing new, as anyone under the age of 30 can tell you. Last year I was working in some café in Melbourne as a kitchen hand. I had recently been fired from a well-paid bar job the day after Christmas and had to find work, any work, to pay my rent, so I found myself washing dishes and working under a baby boomer head chef who made Robin Thicke and Redfoo look like the patron saints of sexual equality. One day he decided to rant about “my generation” or “those young people”. He told me the economy is so bad because my generation is lazy and we just need to stop complaining and take any job, because “back in his day they took what was given to them and got on with it”.

As I turned to wash the massive pile of dishes I was being paid below the Australian hospitality minimum wage to do, I couldn’t believe he could not see the irony in his words: I have two undergraduate and two postgraduate degrees – but here I was, willing to work a low-paid job to make enough money to pay rent and buy food, at age 28, without complaining. I have spent the last ten years taking any job, no matter how underpaid, no matter how few hours, no matter how depressing, to make enough money to scrape by. You can’t really live off minimum wage. Millions other people on poverty wages around the world, like the striking Walmart workers in America, will tell you the same.

So here is some advice for baby boomers, who feel the need to give unsolicited out of touch and unhelpful advice to young people – like they have a clue:

Don’t tell us we need to work harder, because in your day “you took any job offered and did not complain”. Your wage was far more likely to match your living costs and there was no massive unemployment crisis when you were in your teens and early twenties. Don’t tell us we need to give up on our dreams and just take that McDonald’s job and be happy with our lot because we should be THANKFUL we even have a job. You should care what happens to us. We are your children. “Millions of young people are finding themselves forced to contemplate 50 years of fear, debt and depression” wrote the journalist Laurie Penny. Is that the life you think we deserve?

Don’t tell us we are selfish and narcissistic because we like selfies and Facebook and feel better about ourselves when we buy pretty things we probably do not need and likely cannot afford. “Diagnosing and labelling people [narcissistic] whose struggles are far more environmental or learned than genetic or organic” wrote Dr. Brene Brown “is often far more detrimental to healing and change than it is helpful.”

We need to humanise problems; this is how we can shed some important light on the issues young people face today. We live in a celebrity-soaked culture that tells us being ‘ordinary’ is worse than death. We are raised in a culture that tells us being superficially loved by many is more important than being deeply loved by a few. It should therefore come as no surprise to baby boomers that so many young people are obsessed with taking selfies and promoting themselves on twitter, Instagram and other social platforms.

Stigmatising young people as narcissistic or self-centred is unhelpful; young people are simply reacting to what Brown calls ‘a shame-based fear of being ordinary’. They are reacting to a capitalist system that values the individual over the collective and puts profit before people.

My generation are often acutely aware they are measured by the profit they can turn, not by how much they give back to their communities, or how deeply they care about the problems in this world. This was proved by my mother’s colleague who saw no worth in my writing or volunteer work because, so far, it has made me no money.

Don’t think you baby boomers have ANY idea what it is like to be young in this world, right now.

Most of you don’t.

The majority of you don’t know how it feels to go to university and be saddled with massive debt, because university was free for you. You don’t know how depressing it is to earn those degrees and tick those boxes only to spend most of your twenties desperately looking for any work. And then, when you get a job, it is either underpaid or you are underemployed so sometimes you go without food. Being hungry sucks, but working a dead end job with no hope of moving up sucks even more. The political magazine New Statesman said last year that my generation will be the first generation in a long time to be poorer than their parents.

Stop telling us not to imagine better and stop telling us to “just work harder”; the only thing that makes this world a bearable place is those people who dare to imagine a world that is better. “The most important battles are fought on the territory of political imagination” wrote Laurie Penny. I know so many of you lost hope after the Seventies. I would have too under the same circumstances. The government just did not listen to you. Seeing as you know what being ignored feels like, maybe you should start listening to us? We are starry-eyed and full of impossible dreams – just like you were – and have naive ideas about taking back the power from the corrupt governments and greedy politicians and corporations who sit safely behind their platinum titles.

Yes, we want it all. That does not make us selfish. Please stop telling us that. It actually makes us fearless.

We – the consumerist, selfie-taking brats – have started some of the most powerful social movements this century has witnessed; from the Arab Spring protests that toppled dictators, to the youth-led Occupy Movement that forced massive income inequality onto the public agenda, to the protesters in Greece who graffitied the words “fuck heroes, fight now” and braved tear gas and violence and sometimes death so their government would hear their voices rising up against suffocating austerity measures, to the young democracy protesters who started the Umbrella Revolution in Hong Kong: we know how to stand up.

We are not waiting for a Che Guevara or Martin Luther King to lead the charge. Our movements are often leaderless because we want to lead together – this is democracy in action. My generation knows you can kill a revolutionary but you cannot kill a revolution. We learnt that from you, baby boomers. We value intergenerational wisdom and knowledge despite what so many of you think.

Our movements are about the collective, not the individual. This is in radical opposition to a capitalist system that cares only for the rich, detests the poor, and has failed so many of us. Leadership in the most recent movements has come from the bottom of the pyramid not the top.

We are still learning. We have made mistakes and will continue to do so. We understand that failure is part of the process of achieving colossal, long-lasting change. We are prepared to keep getting back up over and over again.

Perhaps those of us who have taken up arms and joined the struggle for change will eventually become jaded and frustrated with incremental change and give up, like so many of you did. Fighting when so few hear you is tiring. Some of us will go and get those corporate jobs we mocked and buy shiny cars and big homes we cannot afford and forget our dreams. And then it will be our children’s turn to dream of the impossible and try to change the world. And thank God so many of them will.

A world without dreamers, change-makers, social dissidents, and the optimistically naive would be a dystopia. Where there is hope, there is life.

We live in exceptional times. Our world is dying. We have polluted it so badly with carbon and gas emissions that our climate has been irreversibly effected. Sea levels are rising and more climate change-effected natural catastrophes are eminent. Whole islands of mostly indigenous peoples will drown and be washed away. The Carteret Islanders of Papua New Guinea and the Taro Islanders of the Solomon Islands have become climate change refuges and have already paid the price for our ruthless greed and callousness. Naomi Klein said in her book ‘This Changes Everything’:

“In our wealthier nations, we will protect our major cities with costly seawalls and storm barriers while leaving vast areas of coastline that are inhabited by poor and Indigenous people to the ravages of storms and rising seas.”

Our politicians have declared wars in our name with neither, our support or our permission. Obama’s video game technology of killing through drone warfare is being used, mostly, to terrorize and kill innocent civilians in distant lands. One of Obama’s first actions when he first took office, was to bomb an African nation. Please tell me again why he was awarded the Nobel Peace Prize?  America has declared a state of permeant everlasting war, western democracy is being consumed by a police state.  In New Zealand, Prime Minster John Key would rather pump money into a flag referendum and go to war than feed kids living in poverty a healthy, nourishing lunch.

This is pure insanity.

We know our world is fucked up. We do not have all the answers, but we are searching for them – we are trying.

I think it is worth telling you what my mum, who is also a baby boomer, said in response to some guy at work telling her how her daughter should live her life:

“My daughter is incredibly passionate about what she does. I fully support and encourage her creative endeavours”.

My mother is a solo parent who went to university in her forties. She worked multiple jobs while studying to feed and clothe both my twin sister and I and is now saddled with debt she will likely never repay. My mum works in the public health sector which is nearly always underpaid. Some baby boomers understand what it is like to be young in this world and to struggle, but so many need a reality check.

So, baby boomers. Either join us in our fight to change the world or get out of our fucking way.