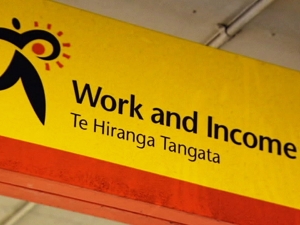 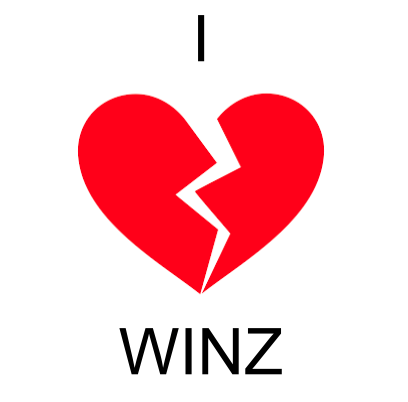 W.I.N.Z is broken and it’s breaking my heart.

Every year WINZ issues trespass notices to just under 400 people.

And this year till June the total is 359.

Meanwhile, following the terrible tragedy in Ashburton, the Ministry of Social Development have appointed an additional 278 security staff to WINZ offices.

Let me state clearly I totally support the staff of WINZ to take whatever steps they need to ensure they are working in a safe environment. This is paramount and personal safety is not negotiable.  What I question is if there aren’t other steps that can be taken and preventative measures put in place, which focus on de-escalating situations and also ensuring that the people trespassed still have access to service.

Under the current procedure once someone has been trespassed they aren’t just trespassed from the local office but they are trespassed from every office in the region. If you wish to challenge the trespass notice you have to go to court. The result is that a person trespassed then has to find someone who is willing to act as their agent or they use the remote service which is all done with no face to face contact, just through phone calls and emails.

Of the people I have met that have been trespassed, the common denominator always seems to be a breakdown in communication. If someone is struggling to communicate their problems in person, I doubt that forcing them to try and communicate their needs by phone is going to be any more successful.

The numbers I have quoted came to me by way of an OIA from another advocate. I was so shocked and horrified by the numbers that since Friday, when I received the information, I have been unable to decide what to do with it. Then I calmed down. I calmed down and realised that I was being ridiculous not because the information isn’t important, but because I’m not a journalist. If this was such a big deal, surely a journo would have chased this up? I’m just a blogger doing the occasional op-ed, right? Maybe no-one else finds the idea of a Government department trespassing 400 people a year unfathomable?

One of the reasons I was happy to get this information was because it is something I and probably a lot of other advocates or beneficiaries have wondered about ever since the tragedy that occurred in Ashburton, when Paula Bennett told the media in one of her responses that the suspect had been trespassed. This information was couched in the context that it was hard to get banned from WINZ. If you have had any dealings with WINZ you know this is not true.

It is actually reasonably easy to get trespassed. 400 people a year will back me up. In a situation where people are desperate and trying to get their basic needs met, things as straight forward as food and shelter, dialogue can escalate quickly.

The advocate who requested and forwarded the information to me is Olive McRae. Olive works voluntarily in Otepoti (Dunedin) assisting others who may have problems dealing with the increasingly bureaucratic and challenging process of accessing service from WINZ. Olive’s solution is simple. We need trained peer support and advocacy available in the community available to all beneficiaries. Advocates that are trained to work with beneficiaries and that are familiar with the Social Security Act.

Advocacy is one solution. It is a solution based on ensuring that people get continued access to service and support when they might be feeling disempowered by the system and in need of an independent voice that can help communicate their needs when they feel they are not being heard.

But let’s be honest. Any place of work that is resorting to trespassing 400 a people a year really has to look internally. Something is drastically wrong. The system is broken and failing the staff and the beneficiaries.

Having access to advocacy certainly can’t hurt. Perhaps it could go some way to helping heal a department that is becoming seen as increasingly heartless.