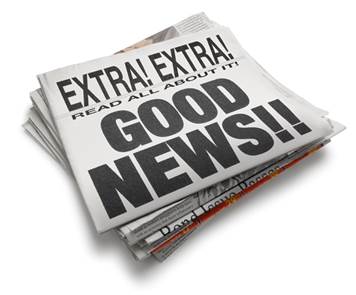 EVER SINCE the debacle of 20 September 2014, the New Zealand left has been hanging out for some good news. Today, thanks to Stephen Mills, the Executive Director of UMR Research, it has finally got some.

UMR Research has for many years been the Labour Party’s principal polling agency, so Mills’ article, The Future For Labour, based on the findings of the agency’s latest “Omnibus Survey” (posted this morning on the Stuff website) may well have been commissioned by its principal client.

No matter. Good news is good news whoever pays for it – and the results of UMR’s telephone “Omnibus Survey” are very good news indeed.

According to Mills: “Asked to define themselves on a 1-10 left to right scale based on degree of support or opposition for Government provision of services, the need for Government to intervene in the economy and a progressive tax system, 30 percent of New Zealanders were clearly left (0-3) on the scale; 42 percent in the centre (4-6) and 25 percent clearly right (7-10). As is often observed the centre is the battleground in New Zealand politics.”

Thirty percent, Comrades! Thirty percent! Nearly a third of the electorate self-identifies with the precepts of New Zealand-style social-democracy. (Those seeking the “socialisation of the means of production, distribution and exchange” obviously constitute a much smaller subset of this larger group, although, if “socialisation” was ever properly explained to the voting public, who knows?)

But wait (as they say on the steak-knife commercials) there’s more! Mills and his fellow pollsters were not willing to stop at this broad-brush depiction of the electorate. They wanted to know a little more about these “Centre” voters. Suspecting that their respondents might be using the centrist designation as a safely neutral ideological haven, the pollsters pushed them just a little bit harder.

“If the 42 percent in the centre bloc are split up further”, notes Mills, “12 percent go left; 10 percent go right and 20 percent remain smack in the middle of the scale.”

That’s forty-two percent, Comrades! No wonder John Key, an inveterate poll-watcher, once conceded that most New Zealanders are socialists at heart. No wonder, too, that the National Party’s strategists are at such pains to abjure the notion that their policies cleave consistently to the Right. Without the support of that 20 percent in the middle of the scale, the National Party’s electoral prospects would be decidedly grim.

But, as Mills is quick to point out, there is currently no reason for National to be worried.

“The problem for Labour is that National is now both totally dominating the centre and winning more left votes than Labour and the Greens are winning right votes.”

John Key’s huge achievement as a conservative political leader has been to build out from the Right’s electorally weak position to encompass enough of what are, potentially, his political opponents to win three general elections on the trot. In the process he has driven the Left’s vote back towards its UMR-identified core of 30 percent.

Strategically-speaking, this tactical triumph is not without risk. As Mills notes: “Looked at another way National has moved further from its base than Labour.”

When Labour did this, back in the 1980s, the results were tactically spectacular but strategically disastrous. From a dizzying 47.96 percent of the popular vote in 1987 (the election in which Judith Tizard came within 407 votes of winning Remuera!) Labour would plummet, only three years later, to just 35.1 percent of the votes cast.

Looking back, the tactical successes racked-up by both parties over the past 30 years have depended hugely on two vital factors: a demonstrably superior party leader (Lange, Key) and the bold appropriation of some of their ideological opponent’s economic and social policies (Monetarism, Labour-Lite) which, for a short time at least, their governments gave every sign of understanding more thoroughly and implementing more effectively than their traditional sponsors. What is equally clear, however, is that such historically audacious forays into enemy territory cannot survive the loss of either the leader, or the economic and social conditions, which made such tactical audacity possible.

In other words, if something were to happen to Key, and/or the economic and social condition of the country was to suddenly deteriorate, National would find it very difficult to retain the support of the substantial plurality of centrist voters it currently enjoys, and would very soon be facing electoral defeat.

The precariousness of National’s electoral position is not the only good news contained in Mills’ article.

Both Labour and the Greens can also draw enormous reassurance from the clear evidence that New Zealanders ideological default position is still very solidly on the Left. Starting from a putative Centre-Left support-base of 42 percent, the two principal parties of the Left need only wrest back an additional 10 percentage points from National for electoral victory to be assured.

Labour, in particular, should be comforted by the fact that the UMR survey shows that a solid majority of Green Party supporters acknowledge Labour’s position as the dominant party on the left of New Zealand politics – at least for the foreseeable future.

The first is to find themselves a leader of the calibre, and who possesses the enormous cross-over appeal, of David Lange and John Key.

Is that person among the four candidates currently competing for the Labour Leadership? Personally, I’m doubtful. But, if Labour members were content to be guided by the logic of the UMR survey, then the choice would appear to lie between Grant Robertson and David Parker. Not because they best embody Labour’s core ideological values – they don’t – but because they undoubtedly represent Labour’s best shot at wooing and winning at least half of those crucial centrist votes.

As John key and Steven Joyce worked out long, long ago, this crucial fifth of the electorate contains neither the best nor the brightest of the New Zealand population. They are, for the most part, extremely lazy thinkers who draw practically all of their notions about domestic politics from the general tone of the news media’s coverage.

If the major media outlets’ (especially the television networks’) collective verdict vis-à-vis the Leader of the Opposition is consistently negative, then the chances of the Centre Vote going in that direction are slim.

It simply does not pay, therefore, to choose a leader whom the media finds it difficult, or, as happened with David Cunliffe, impossible, to accept.

The other crucial task is to make sure that Labour’s policy platform easily and obviously conforms with UMR’s brilliantly succinct description of what constitutes a Centre-Left, social-democratic, programme in New Zealand.

If Labour, fed up with being scratched, opts to stroke the electoral feline from its head to its tail, nothing more is needed. Apart from a leader who’s not going to scare the bejeezus out of the cat!