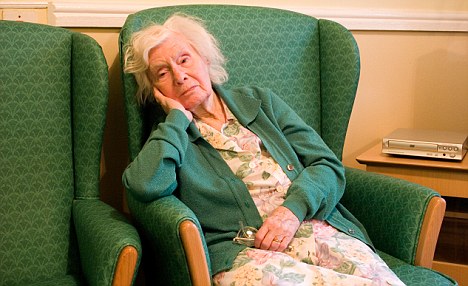 FUDGING THE FIGURES is what governments do when effective policy solutions are ruled off the table. According to Radio NZ News: “New research shows nearly 40 percent of patients who need hip and knee operations in at least two district health boards are not getting them because of budget restrictions. The study, published in The New Zealand Medical Journal, which looked at Northland and Hawke’s Bay, found the drive to cut wait times has left 36 percent of patients with moderate to severe pain and disability untreated.”

Clearly, the now retired National Party Health Minister, Tony Ryall, was unable to persuade his fellow “Brat Packer”, Bill English, to appropriate sufficient funds to keep our public health service up to the job of actually serving the public.

One doesn’t imagine that English, an essentially decent politician, was very happy about this. But with his colleagues demanding lower taxes for the wealthiest New Zealanders (and some modest covering reductions for the rest of us) he was left with little choice. It would require a Labour-led government of more than usual fortitude and radicalism to institute the fiscal reforms necessary to ready the New Zealand health system for the influx of ageing Baby Boomers steadily falling prey to all the ills that flesh is heir to.

Tony Ryall’s response to his increasingly underfunded health system was, however, ethically extremely radical. According to the study published in the New Zealand Medical Journal, he simply invisiblised upwards of a third of New Zealanders in need of non-urgent surgical interventions.

Chairman of the Canterbury Charity Hospital Trust, Christchurch surgeon, Philip Bagshaw, told Radio NZ that focusing on the length of time people were waiting, rather than the length of the waiting lists themselves, was “a great way of hiding the scale of the problem”.

“It’s become smoke and mirrors”, said Mr Bagshaw. “They’ve created a self-fulfilling prophecy, so they say the waiting list is only six or four months, but that’s because they only allow that many people onto the waiting list.”

Smoke and mirrors it may have been, but the practice permitted Tony Ryall to boast that the time spent waiting for elective surgery was steadily decreasing. According to Mr Bagshaw, haemorrhoids, cataracts, hernias and varicose veins – among a host of other debilitating conditions – are simply not being treated in the public system until such time as serious complications render them acute – and costly.

Allowing the condition of sufferers to deteriorate to the point where they are forced to seek emergency admission to public hospitals is, not surprisingly, a considerably more expensive proposition, long term, than providing treatment early. “Investing in health early on is not only humane but also makes good economic sense because to do things in a timely way is the cheapest way,” Mr Bagshaw confirmed. “If you deny people treatment … they come back later with bigger complications and cost more money.”

As scams go, however, this is a particularly clever one, because, obviously, not all of those sufferers rendered invisible will end up undergoing emergency surgery. Most will simply go on suffering, unheard and untreated.

In other words, the Government and its cash-strapped DHBs are relying upon the decency and stoicism of the average citizen to get them off the fiscal hook. Their deeply cynical – but apparently accurate – expectation has been that the voters will evince little interest in how Mr Ryall’s miracle is being achieved, just so long as the waiting period for elective surgery keeps decreasing. And so it proved. On Election Day, most people accepted without demur that John Key’s government was managing our public health system with considerable skill.

So, it’s ‘all good’ for the Government? Well, not necessarily. As the Baby Boomers find themselves relying more and more on the public health system, they are bound to flex their still massive demographic muscles to ensure that sufficient funding is appropriated to meet their growing needs. With everything to fight for in terms of free medical care, there is nothing to suggest that the ageing Boomers will not emulate the exemplary levels of electoral participation demonstrated by older voters generally. In securing their selfish health objectives, the Boomers will be aided by the short-sighted failure of so many young voters to participate in the electoral system.

The politicians of the future will respond to the medical demands of the Boomers in the way politicians always do when presented with a choice between serving the interests of citizens who vote and the needs of citizens who stay at home. If young New Zealanders want a viable public health system to still be in place when they reach their 60s and 70s, then they’d better start voting in the same proportions as their elders. Otherwise the health statistics being fudged will be their own.