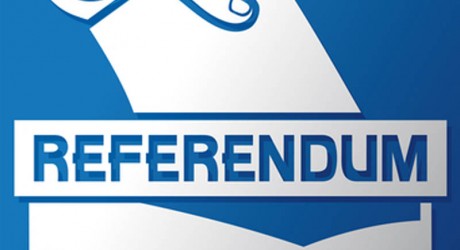 Earlier this week, the US went to the polls for its Mid-Term electoral season.

As generally seems to be the case, something disappointing happened.

But it was not everywhere a tale of doom and gloom.

In three US polities – Washington DC, Oregon, and Alaska – cannabis legalization measures have passed the ballot (although a medical marijuana bill in Florida failed, despite a majority of voters in that state backing it). This is pretty significant, as it brings up to five the number of US states (yes, I know DC isn’t a state) wherein a clear majority of voters have *democratically* amended their territory/state’s cannabis legislation.

I shall repeat that once again for some of the slower stoners and anti-drug advocates in the audience: people *can* and *will* vote for sensible drug laws – even if their democratically elected representatives won’t.

We’ve already seen this happen two years ago in each of Washington and Colorado – interestingly, given what occurred Tuesday, the same year that a previous stab at full legalization failed to pass the ballot in Oregon.

Now, to be fair – it’s not especially helpful just to conclude that if you invest the people with the power then more progressive drug laws naturally and inevitably follow.

In each of these states, there was a complex historical legislative environment and consequent popular engagement or eschewment that helped to produce Tuesday’s results.

Alaska, for instance, despite its reputation as a breeder of … somewhat eccentric Vice Presidential hopefuls, and its two previous failed stabs at legalization (one in 2000, another in 2004) … actually turns out to have quite an extensive history of progressive drug legislation. It’s had medicinal marijuana since 1998; while weed was effectively ruled legal for personal use due to a slightly heterodox judicial interpretation of the state’s constitutional right to privacy in a 1975 Alaskan Supreme Court decision. Amusingly, this created a situation wherein despite the 1991 voter-sponsored ballot measure to *recriminalize* marijuana, and successive Gubernatorial interventions along the same lines … the state’s constitution was *still* held to protect personal possession of under four ounces.

You will not hear me say this again … but sometimes I quite like me *some* quasi-libertarian values.

There’s a similar budding history of reform efforts in the state of Oregon, with the state passing a decriminalization law in 1973 (apparently as the direct result of the Nixon Administration … I’m surprised, too), voters endorsing medicinal marijuana in 1998, and a previous stab at a referendum to deliver full legalization in 2012 – which was defeated. This was followed up in 2013 by the state legislature undertaking to ameliorate the criminal penalties applied to weed-smokers, as well as legalizing medicinal dispensaries.

Predictably, things then get a little crazy when we hit Washington D.C. (It’s *literally* because of all the politicians)

Here, there’s not one … but *two* sets of elected-reps-in-suits that can potentially make things interesting for reform efforts (potentially because the DEA would look a little silly enforcing cannabis prohibition everywhere *else* in the Union … while having to turn a blind eye to legalized weed being rolled within line-of-sight to the White House).

This has created a nonsensical situation wherein one set of elected officials (the D.C. Council) votes *for* reform measures (in the most recent case, decriminalization of weed and treating possession as a $25-a-pop misdemeanor charge akin to a traffic ticket) … while a Republican-dominated Congress (which controls the funding for D.C.’s police force and what not) jumps up and down and threatens to deny funding to D.C.’s state services if they don’t back down and keep weed illegal.

Amusingly, the last time this transpired, back in May of this year, those self-same Republicans nearly wound up accidentally de-facto legalizing weed in D.C.. What happened was shortly after the D.C. Council voted 10-1 to push ahead with decriminalization; House Republicans countered with a bill to de-fund the D.C. decriminalization measure.

This was a pretty breathtaking example of spiteful legislative stupidity from the Republicans, however, as the only bit of D.C.’s decriminalization law that *actually required funding* was the enforcement part. (Eliminating criminal penalties, you see, is as simple as the stroke of a pen, and doesn’t cost a cent)

So by moving to block law reform efforts that would have resulted in decriminalization of weed, Republicans effectively sought to stop any D.C. policeman from *enforcing* the penalties that still existed even under a decriminalized setup – thus creating de facto legalization through lack of any actual penalty for possession or public use.

Clearly, in this situation the stoners weren’t the ones with their rationality and senses impaired; and a few months later sanity prevailed with voters themselves endorsing a move to full legalization at the ballot.

Hopefully we don’t see a repeat of what happened the last time a clear majority of D.C. voters (nearly 69%) backed a marijuana law reform measure in a referendum, though. Because in that instance, Congress successfully managed to block the implementation of D.C.’s medicinal marijuana dispensary laws for an incredible *TWELVE YEARS* before finally relenting and giving in to democracy.

Bringing it back to our home context, the lessons for New Zealand marijuana law reform advocates from all of this should be clear:

In most of these US jurisdictions, there’s been a long history of efforts at reform. Oregon, for instance, took somewhere in the area of 40 years to make the transition from decriminalization through to its present legalization status. There’s also often a litany of failed and flawed attempts at reform along the way – as demonstrated by Oregon’s 2012 referendum failure, various happenings in Washington D.C., as well as Alaska’s democratically successful 1991 ballot measure to recriminalize. This shows that law reform and the swaying and mobilization of popular opinion necessary for same to occur only take place as the result of a considerable considerable investment of time, energy, effort and patience on the part of concerned citizens and activists.

But it does take place – and as a result, despite big, big money, scaremongering, and the involvement of some of the largest and most powerful arms of state that the US Federal government can bring to bear (ok, well Congress, at any rate) … full-blown legalization reform efforts have now triumphed in nearly one tenth of the states of the Union.

With deference to the D.C. experience, they’ve *even* been able to triumph over the top of some pretty fierce and vindictive opposition from federal-level elected decision makers. This, to me, speaks to the power inherent in direct-democratic efforts at changing laws – even and particularly in situations wherein there appears to be a palpable gap between the sentiments of the polis and the actions and ideas of our elected policy-elite.

In any case … if you’re a New Zealander casting about for a political party that’s down with the #Reeferendum vibe to consider entrusting your vote to come 2017 … look no further than New Zealand First.

Because on this matter – as with so many others – we believe in listening to the people.

Even if they *are* communicating with smoke-signals.