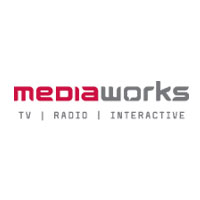 What we’re paying
MediaWorks says its 2015 season is the biggest investment in local programming in company history. Here’s what taxpayers are contributing through New Zealand On Air funding.

…why is the headline ‘Reality bites for TV3’s 2015 line up’ and not ‘Foreign Media company gobbles up $8million in public broadcasting money’?.

Oaktree Capital,  RBS, TPG Capital, Westpac Banking Corp, Rabobank and JP Morgan, the corporate owners of MediaWorks Holdings Limited don’t care too much about NZ culture or public broadcasting imperatives, they care about their quarterly profit margin and one wonders how much of this money is really a subsidy to those interests.

Good luck to all those shows being funded, I am keen to see Funny Girls, but I do ponder if MediaWorks Holdings Limited is becoming another one of our duopolies who simply produce overseas revenue streams for core industries.