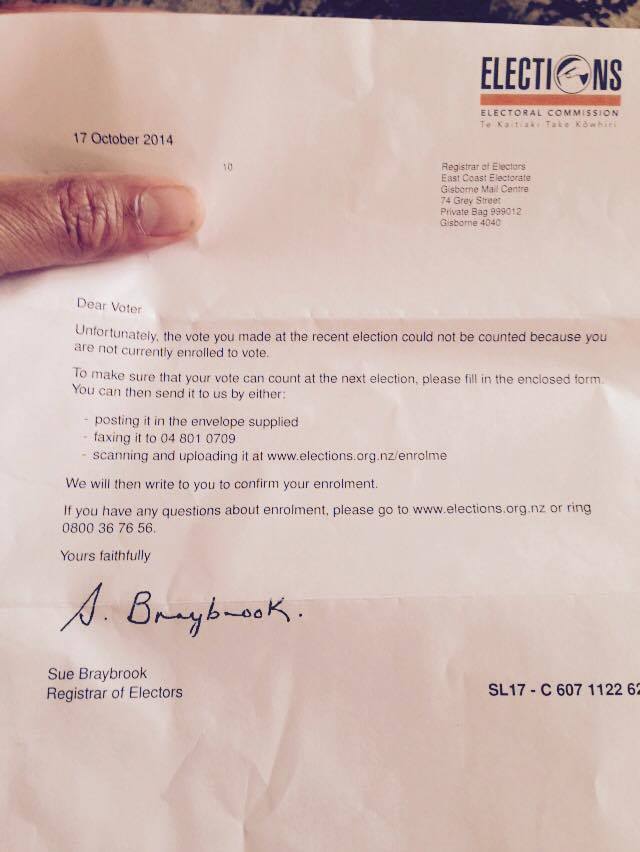 There is some social media buzz online regarding a letter allegedly sent by the Electoral Commission to some voters telling them that their votes weren’t counted?

Questions for the Electoral Commission:

Have you sent these letters out to voters?

How many have you sent?

Why could some voters votes not be counted?

What happens if a voter can prove they were enrolled?

How many votes were involved?