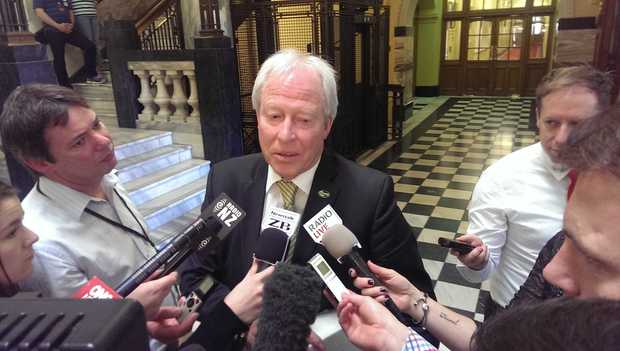 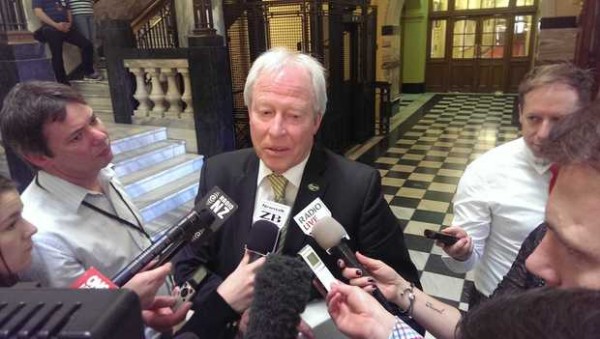 Every so often in politics, a public figure comes out with something so absurd and so outlandish … that it really does just make you go “Hmmmmmmmmmm”.

We’re accustomed to this from certain quarters – by mid point through the last Campaign, for instance, virtually nobody in the country was going to bat an eyelid if Colin Craig declared he’s suddenly sighted Elvis; while making a habit of believing in six impossible things before breakfast is almost a requirement for membership of the ACT Party. (Although this usually restricts itself to mad economic sentiment like “Privatize EVERYTHING!” rather than curious philosophical defences of legalized incest) There’s also Richard Prosser.

But the one that really, seriously took the cake for me this past twenty four hours (other than certain MANA supporters) was Green MP Steffan Browning’s bizarre series of comments in relation to homeopathy as part of the possible response to Ebola. I appreciate that signing an online petition is hardly tantamount to a declaration of lunacy; but it’s his response to journalists outside the House this afternoon which really caught my eye.

When asked whether he thought that the World Health Organization should be looking into homeopathy as part of its response to Ebola, he asked “Why not?” before going on to assert that “while I am not an expert” – clearly – “I assume they will look at [homeopathy] as much as a number of other options.”

Or, in other words, he’s worked out signing the petition wasn’t a good look (probably after a fun conversation with his Leader) … but he somehow missed the bit where telling the country he’s perplexed as to why you *wouldn’t* consider homeopathy for inclusion in the response to Ebola … really doesn’t help ditch the spacey vibe.

The Greens’ leadership team will be rather annoyed by this for exactly the same reason I tend to get rather annoyed every time Winston makes a risque joke. Just as NZF grapples with a legacy of being perceived as holding extreme and unpopular views on immigration (thanks in no small part to incidents like former Deputy Leader and immigrant to our fine shores from the UK Peter Brown stating in his plummy English accent various things about other migrant groups), the Greens are struggling to ditch the appearance of being a party of, by and for weed-smoking organic-fabric-wearing vegan-cooking Age-of-Aquarius-singing alternative lifestylers called Galadriel.

This involves shifting public perceptions and the stereotype of what Green people believe in from things like the anti-vaccination movement, anti-fluoridation or a zero growth economic agenda to more mainstream palatable concepts like broad population and public health, and some sort of “smart” green sustainable capitalism. (although I note their health policy still maintains the line about supporting an independent study into fluoridation’s effects, support for an opt-out from fluoridation option, and absolutely no mention of the word “vaccine”.)

Having an MP publicly running around stating as much tacit and tantamount support for alternative medicine (which, as I believe Tim Minchin originally put it, would be simply called “medicine” if it worked as explained) as he’s now allowed to … does not help the Greens to do this. On the other hand, as proven by Peter Dunne over the years, there is potentially an electoral payoff to being able to connect with small but passionate groups like homeopathy-adherents or the anti-fluoridation lobby.

Still, Browning’s gaffe is mostly harmless. He’s not really in a substantive position to influence the actual fight against Ebola; and for this, the planet should possibly be grateful. However, there are obvious population and public health implications inherent in a Parliamentarian – or, for that matter, I suppose *any* sufficiently positioned public figure – choosing to endorse such an *ahem* placebo-dependent form of “medicine”; potentially, in the minds of constituents, at the expense or in alternative to more conventional remedies and responses.

Of potentially greater concern, however, is when people who actually *can* influence outcomes do this sort of thing.

My generation, of course, grew up with our teenage years backdropped by the phenomenon of the Bushism; and the idea that somewhere in Texas a village was missing its idiot … who’d then somehow made it into the White House … certainly made for an eloquent – if overly simplistic – explanation for the geopolitics of the day.

This pales, of course, in comparison to Bush Snr’s Vice President, Dan Quayle … but apart from mentioning he reputedly made H.W Bush “impeachment-proof” by, inter alia, insistently correcting a student spelling of the word “potato” to “potatoe” while judging a primary school spelling bee, postulating a breathable atmosphere for humans on Mars thanks to the “canals” he believed existed thereon, declaring the US to be part of Europe, and displaying a surprising degree of candor in describing American success in the First Gulf War as “a stirring victory for the forces of aggression” … we’ll just gloss over him by noting he was no Jack Kennedy.

To bring it back to the New Zealand context, and remind why it’s occasionally quite scary when our MPs and decision-makers start giving us tangible evident of how daft they can be … look no further than Energy Minister Simon Bridges describing environmental preserve regulations and protections as “emotional clap-trap”. Then opening up the protected space to mining.

Another (now former) MP who’s served as a Minister in Key’s government with a history of problematic statements in an area of policy they may be able to influence is Tariana Turia. Here she is in 2004 describing high Maori teen pregnancy rates as something that’s entirely non-problematic and preferable to “an excessive focus on controlling our fertility”, while also suggesting that a woman’s fertility is “not meant to be the responsibility of one person, alone”. She’s then subsequently tried to influence the exercise of the nation’s laws in an overtly pro-life direction by attempting to have a rigidly anti-abortion doctor appointed to the Abortion Supervisory Committee.

See how MPs with curious beliefs can produce sketch outcomes?