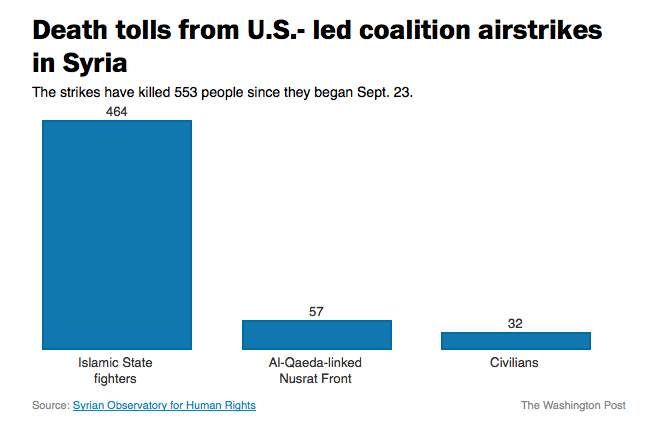 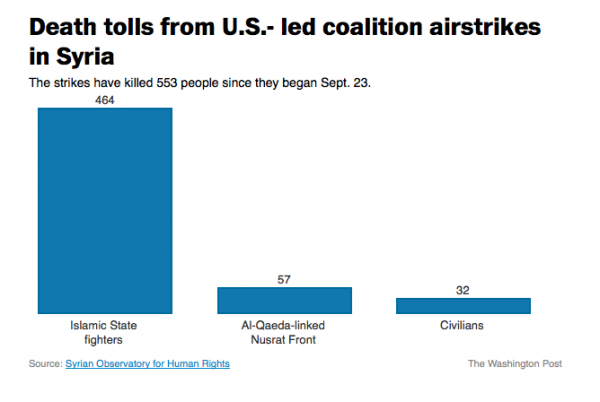 The US air strike war that John Key wants us to join has killed a civilian a day so far. From the Washington Post...

The United States launched its first airstrikes on militants in Syria on Sept. 23, and has continued the onslaught since.

The Britain-based Syrian Observatory for Human Rights said Thursdaythat 533 people have been killed in airstrikes since they began. That group counted 32 civilian deaths, including six children and five women. The Observatory has been tracking conflict in Syria for years, and has a large network of activists on the ground.

…our SAS will likely be involved in targeting militants for the US, meaning while NZ won’t be pulling the trigger, we will be pointing the gun.

A dead civilian per day demands an justification better than it will be ‘odd ‘if we don’t join in.