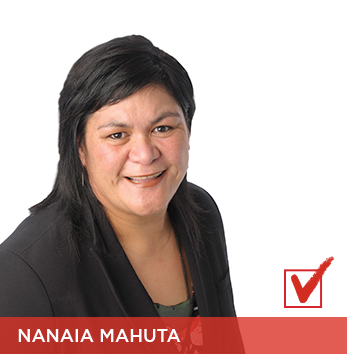 I’d like to start by linking to a post I had published at another site in support of Nanaia Mahuta for the Labour Party leadership election.  She has a reasonable chance, given that she already has the endorsement of Te Kaunihera Maori, and will likely have a lot of support from the Pacific sector and the Waikato/Bay of Plenty region who know her well.  Her electorate covers some of South Auckland, and I’m sure she will connect with a chunk of the Auckland vote.  Not to mention that she is likely to secure the second preference of many of those who put Andrew Little as their first choice.

It will be interesting how the second and third preferences play out.  This time around, it’s highly unlikely that any one of the candidates will score more than 50% in the first round.  I suspect it will be the second preferences of the fourth-placed candidate that decide who the leader is.  At this stage, I’m picking David Parker to take 4th place, simply because I don’t see where in the Party his support will come from.  Possibly a chunk of caucus votes will go his way if there is a perception that Grant Robertson has no chance of winning.  But that will be difficult to determine prior to the votes being counted.  And he has not received backing from any other of the sectors or affiliates, nor do I see strong support from any particular region.

It’s only if the fourth place gets a dismal number of votes, or if the second preferences are too evenly split between the others, that the rankings of the third-place getter will come into play.  It’s a much harder call as to who takes third place, and I’m not going to make a guess here.

There are a couple of other considerations.  One is the fact that we haven’t had a Prime Minister, for many years, that hasn’t been based in Auckland.  So, will it be crucial for the candidates to commit to moving to Auckland?  Given that the biggest support for Labour is in the main cities, and particularly in Auckland, it this may be something that needs to be a requirement.  On the other hand, Labour desperately needs to win back support in rural areas.  And with a caucus largely based Auckland, Wellington, Christchurch & Dunedin, the fall in support in the regions is to be expected.  The Party definitely needs to have a strategy for shifting MPs to rural areas, because the presence of an MP makes a huge difference to the level of party vote gained in a particular area.  Having an caucus leader located in the provinces might be good for Labour.

The second consideration is the browning of New Zealand.  It will only be about another decade or so until Pakeha make up less than 50% of the population. The preferences of Maori, Pasifika and Asian voters will have an increasing impact, and that’s something all political parties need to take into account.  Because sooner or later, these groups are going to want to see some of their own in positions of power.  Not just as back bench MPs, select committee chairs or minor ministerial portfolios, but holding major positions including Prime Minister, Deputy PM, Speaker and others.

The arguments around “selection on merit” aren’t going to hold water much longer, because there are plenty within these groups that have a huge amount of merit.  If they keep being shut out of the major positions, then we will know that it’s not merit at play but something else.  Well, we actually know that is happening now, that they aren’t being left out because they lack merit but because they are judged in ways that have nothing to do with merit.  The tolerance for that kind of judgement is going to be decreasing.

Given that those groups who currently hold power are unlikely to give it up without a whole lot of struggle, it will be interesting how this phenomenon plays out politically.  Perhaps some of the issues playing out in the Labour Party are a reflection of that struggle already beginning, as some in the group who predominantly holds the positions of power within the Party deride “identity politics” and are trying to squash all mention of difference and any attempts to change the status quo.  Inequality is supposed not to matter, and we are supposed to believe that every person who holds a particular position is the most meritorious person to hold that position.  Anyone with the slightest idea of how politics plays out in this country knows better.

So we see someone like Nanaia who, as I’ve shown in my other post, definitely has the skills and ability to do the job – in fact, she is better qualified than the other candidates in many respects.  But there will be (and indeed already is) a push by some to ignore her as a candidate because of a perceived lack of electability, a perceived lack of appeal to voters outside the Party, without any evidence.  Funnily enough, it will be those who talk most loudly about (s)elections based on merit who will also say she’s unelectable simply because of her identity.  Not that it matters to them of course, oh no, it’s some other mythical voters “out there” who are to blame and who should be pandered to.

Well, I’m calling bullshit on that.  Labour Party members who actually care about the Party and about changing the Government must be prepared to challenge that kind of thinking and focus on what matters.  I stand by what I said in the other post: the most important consideration in choice of leader is the person who is most likely to heal divisions in the Party and most likely to bring some discipline to caucus.  The person best able to do that is Nanaia.