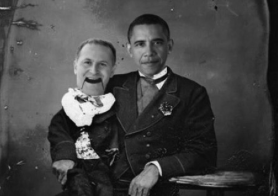 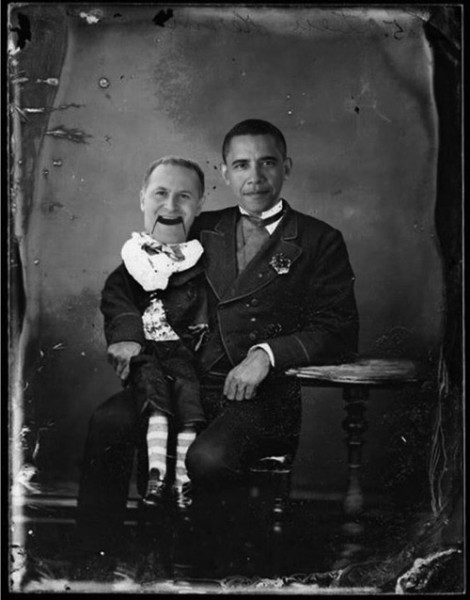 The Prime Minister is a puppet. Not just our current Prime Minister, but given the forces of multinational globalisation, the role of any head of state, is less as independent actor, and more as a puppet of international trends and imperatives.
The fate of New Zealand’s economy, potential military roles, security, and indeed its narratives are more determined by the rise and fall of international tides, than from domestic action. We all know economically that if ‘America sneezes, the world catches a cold’. The strength of the New Zealand dollar is relative to international trade and demand. The threat of capital flight out of New Zealand constricts domestic regulation, tax and policy settings. The value of our export commodities is determined by production elsewhere. Cultural and consumer preferences come ready made from larger neo-colonial producers. In the age of Western neo-liberal consensus, our economic and foreign policy settings come in a package from paternalistic overlords. The hegemony is complete because of the ‘There Is No Alternative’ dogma that has come with the ‘end of ideology’, with the west ‘winning’ the cold-war contest of ideas between capitalism and communism.

The victory of free market capitalism is so complete that our political spectrum is fundamentally more oriented to the ‘right’ than to the left. –Not that you’d think so from the rhetoric about Labour & Green policy in the lead up to the election (“loony left”, “radical”). Our voting choices are constrained by what’s considered electorally feasible – a mediocre middle way at best. State intervention in ameliorating the impacts of modern capitalism is seen as outdated and inappropriate, yet it’s hardly radical socialism.

We’re complicit in this as consumers as well as citizens. Our consumption patterns determine the shape of the world we live in – rainforests are destroyed and orang-utans made extinct because we eat palm oil. The seas are being depleted because we love to hunt and eat fish. Pigs are raised in cruel conditions because we love bacon. There’s a market for junk and other stuff because we all buy into it.

But is there an alternative? Is there hope for an economic model that meets our wants and needs that doesn’t result in environmental destruction, inequality, dehumanisation and loss of sovereignty? Is it still possible for political non-alignment and sovereign independence in a world increasingly dominated by a narrative that ‘you’re either with us (in the war against whatever the latest bogeyman is, or for American supremacy), or against us’?

Philosophers and economists continue to search for a compelling and cohesive alternative ideology that will deliver all the gratification for consumers that capitalism does, but without the costs. But there’s nothing much on the horizon that looks like it will challenge the current world order. Even China has hitched its fortunes to the capitalist mode of production and exchange.

The opportunities for independent foreign and economic policy are limited given our historical links to Britain and the United States and our immersion in global trade. Ultimately, we’ll only be free from the TPPA if international agreements fail, not because of the unlikely event that our Government rejects it. The International Court of Justice and World Trade organisation will increasingly be the jurisdictions deciding domestic policy.

We were unable to change the government, and even if we could have, this issue would still remain. All Western governments are shackled to the prevailing conventions and expectations of a market economy. Independent state action is even more difficult than during the Cold War, when the non-aligned movement and small states were able to take principled positions and to ‘punch above their weight’.

Many of us seek independence in our private lives, carrying out small acts of resistance – growing our own veges, turning off the tv, dropping out of the formal economy, using the black market or gift economy for trade while knowing we’re still rats in a cage. Despite the odds, resistance is fertile. We must continue to seek opportunities for freedom in our own lives. It may be the only real freedom we have left.