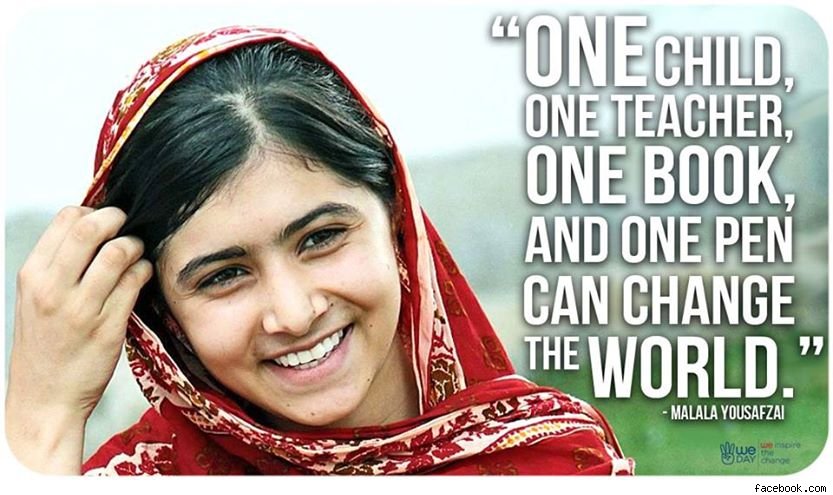 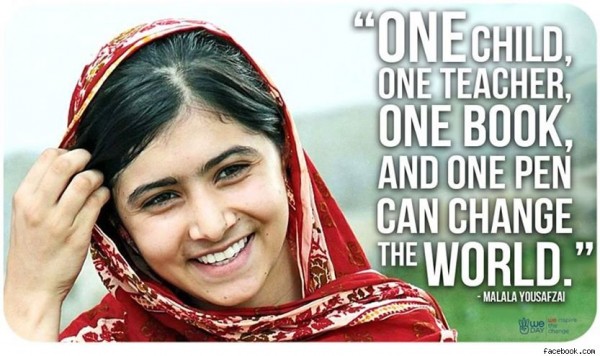 Last week, Malala Yousafzai was the co-recipient of the Nobel Peace Prize. Since her exposure to the worldwide spotlight, her spirit, wisdom and strength have touched the hearts of people everywhere.

However, there have been cynics who have argued that the West’s infatuation with her is the result of a constructed ‘White Saviour Complex’ type narrative, orchestrated to justify military intervention in the region. UK journalist Assed Baig wrote “the actions of the West, the bombings, the occupations, the wars all seem justified now, “see, we told you, this is why we intervene to save the natives.”

Yousafzai started advocating for girl’s education long before the world knew her name, knowing full well that it would put her life at risk. Being shot by the Taliban showed the world how hard the local population have to fight for something that we take for granted.

I would agree with Baig when he says that her experience is being used to justify further intervention. It’s fairly easy to come to that conclusion when you realise that the mainstream media seem to pick and choose which of her speeches they want to expose to the public. Few outlets reported on her statement that socialism is the only way to ‘free us from the chains of exploitation and bigotry’. Why? Because that goes against their own agenda and they cant have that.

More profound than that though, is when she questioned President Obama’s drone activity in the Middle East. Expressing her concerns about how these are exacerbating animosity and hate in the region is huge in itself. It shows her understanding that the West’s definition of ‘helping’ is actually having the opposite effect. It’s the White Saviour Complex in action. But the fact that the White House refused to comment on this particular part of the conversation is really telling. I still want to know what his reaction was because the innocent lives taken in these attacks is so unnecessary and unfair that one has to question what the overall aim was in the first place. I refuse to accept that they were done in the name of ‘safety’.

While media outlets, governments and corporations are trying to morph her into what they want her to be, Malala is holding her own and for that I commend her. She has looked 2 oppressors and indoctrinators in the eye – one who held a gun to her head and the other who orders mass civilian deaths from behind closed doors – and still refused to step down. If a woman like that hasn’t let the fear of her life or the worldwide attention and accolades give up her message by now, its never going to happen no matter how hard they try. I would even go so far as to say that this claim that she is being groomed is to disrespect her painful experience.

There are people all over the region who are fighting against extremism and violence, both domestic and foreign. Another Pakistani family from North Waziristan flew to the USA after a drone strike hit their village and killed their family members, to simply ask why? What was the point? Another artist in Khyber Paktunkhwa, Pakistan laid down a giant portrait of a child victim to show them just who they’re killing.

While I admire her courage, Malala Yousafzai is not a lone ranger. We should stop seeing her as such and start seeing her as a strong symbol of the intense resistance by locals themselves against domestic and foreign oppression that is occurring in the region. She is one of many and her speeches reflect that she humbly believes this about herself.