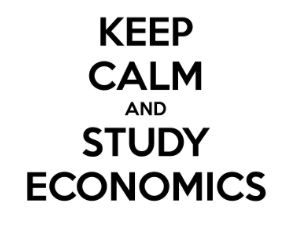 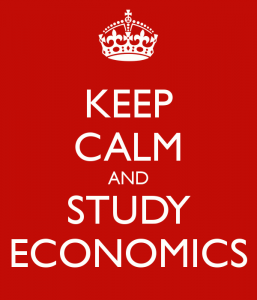 This week is ‘Money Week’. It’s an opportunity to promote to the middle classes, and anyone else who will listen, the virtues of wise ‘investment’. The aims are to promote the mystical (and indeed mythical) virtues of saving for the rainy day or the house deposit or retirement. And to promote financial literacy, which essentially means understanding the relationship between risk and return.

Before continuing, I should note that economics and finance are two quite different academic disciples, much as astronomy differs from astrology, and chemists differ from alchemists.

(Adam Smith who revolutionised economics was a moral philosopher, though not a moralist. On the other hand, Isaac Newton who revolutionised physics in the 1680s, was a mathematician, an alchemist and a money-man. His other preoccupation was proving that the earth was indeed its biblical age of just over 6,000 years. Our common understanding of finance – including the understanding of many of the ‘financially literate’ – is little more than a mixture of outdated morality and alchemy. The popular view, held by many financists, of compound interest as the key to near-limitless wealth is pure alchemy.)

The two disciplines – economics and finance – have one thing in common: markets. Economics is the study of wealth, understood as goods and services. Finance is the study of promises; financial alchemists treat promises as if they were wealth. Financists study promises. Financiers trade promises. Whether a Spark bond or a Westpac savings account, both are promises. A Zero share is a promise, sort of. A house in Herne Bay purchased for two million dollars is an implicit promise to reward the owner with two million dollars plus, should that house be sold. (Who cares if it is unoccupied?)

For economists, money is a social technology. It works by circulating: ‘my spending is your income’. For financists, however, money is a promise, an individual’s claim. To become wealthy is to hoard promises, rather than to circulate them. When economists think about money they think about spending. When financists think about money they think about non-spending; money, like squirrels’ nuts, is to be saved. Unlike nuts, money cannot be eaten. Rather, money is a promise that can be traded for other promises. King Midas was one of the first to confuse money with wealth. He was by no means the last.

One of the lessons of money week is to teach us to save more and borrow less. This may work for some individuals, some of the time, but cannot work for society as a whole. Because saving and debt are essentially the same thing, just from opposite perspectives.

The truth is that both saving and debt are good, but like most things, they are bad when taken to excess. When someone saves, it means that someone else can spend. To lead a balanced life, we sometimes should be savers, and at other times in our lives we should be spenders.

Debt is an absolutely essential component of the circulatory system of all economies, and most particularly of capitalist economies built on the core principle of private property. The alternatives are all equity based: Islamic capitalism; philanthropic capitalism; public equity capitalism; state socialism.

Money must circulate. When some do not spend it then others must spend it in their place. In our protestant morality, the ‘others’ must be businesses; not households nor governments. Because business debt is seen as the magic route to economic growth; hence the more saving more growth rote. Never mind that most businesses spend more of their time repaying debt than taking on debt. Never mind that businesses are as debt-averse as the rest of us, and that banks shy away from unsecured lending. Never mind that, in the twenty-first century, businesses (especially those big businesses that pay very little tax) are the biggest savers in the global economy. Debt is for everyone; not just firms.

Debt is the aspirin of the capitalist economy. It opens up the arteries, preventing arteriosclerosis. Yet people worry about aspirin, much as they worry about debt. Maybe aspirin contributes to strokes, the Minsky moments of the human body? The main thing to note is that, on the whole, aspirin is good for us, not bad for us.

It’s excess debt that’s the problem, not debt per se. But remember that debt and saving are the same thing. Saving is simply debt from the creditor perspective. So, just as excess debt is a problem, it’s equally true that excess saving is a problem. The banks have to work really hard to try to convert our excess savings into someone else’s spending. They do work hard, and make lots of money for themselves which must also be spent somehow. When we see the finance sector working unusually hard to find spenders through creating promises, then that’s when the Minsky moment is more likely to occur. That’s when the economy gets a stroke; and threatens to collapse.

The political left has always had difficulty with debt. The centre-left shares this difficulty with the neo‑conservatives on the American right. It is the pragmatists and those on the left of the right who are generally more realistic about debt; and Catholics more than Protestants.

On BBC Newsnight last weekend Alan Greenspan said that the Eurozone was never going to work because of the huge cultural divide between Northern and Southern Europe. (On my OE in the 1970s, a German motorcyclist I met told me that Germans like to spend their holidays en masse in Southern Europe. They yearn to be stereotype Italians, to live like Italians; but just for one month each year.)

In How the Case for Austerity Has Crumbled, Paul Krugman noted:

The German political and intellectual establishment has never had much use for Keynesian economics; neither has much of the Republican Party in the United States. … In The Alchemists, Neil Irwin analyzes the motives of Jean-Claude Trichet, the president of the European Central Bank, in advocating harsh austerity policies. “Trichet embraced a view, especially common in Germany, that was rooted in a sort of moralism. Greece had spent too much, and taken on too much debt. It must cut spending and reduce deficits”.

By purging itself of its debtful sins, Greece might one day be cured. Austerity is the tight medicine for the lax. So far Greece has experienced a depression worse than the Great Depression, and there’s still no end in sight. Yet all Greece did was spend the savings of the thrifty Germans, Dutch, French, Belgian dentists and Austerians; not forgetting the Swiss and the Swedes. Someone had to. Greece got lots of goods and services. Germans accumulated lots of promises. The problem was and still is that they cannot swap roles. The Germans simply cannot become Italians or Greeks. And when they holiday in those countries, still in droves, they like bargain prices. Saving is deeply embedded within their culture.

In New Zealand’s political history the pragmatists and those politicians on the left of the right put debt into perspective: Vogel; Seddon; Ward; Coates; Savage; Lee; Kirk; Muldoon. Even Key is quite relaxed about debt, among most other things; for him, a financist, it’s a set of promises that are bought and sold. He’s right. On the other hand Ballance, Fraser, Nash, Richardson, Clark all had a moral aversion to debt; otherwise capable politicians, debt-aversion was their Achilles heals.

Yes, it’s great to save for something. But your saving is my debt. I can relieve my debt when you buy that something. Financial literacy is more than trading in promises, and distinguishing good promises from bad. It’s also about knowing when not to save, and when to work less so that others can earn and save.