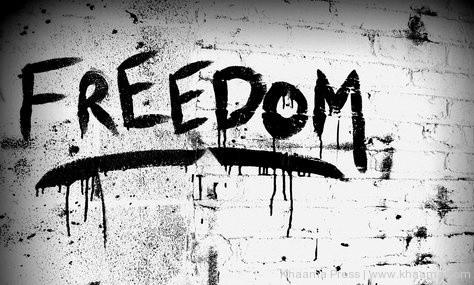 WHY DOES THE ELECTORATE routinely punish Labour and the Greens for their alleged “political correctness” but not National? It just doesn’t seem fair.

Consider, for example, the Crimes (Substituted Section 59) Amendment Act 2007 – the so-called “anti-smacking legislation” – which was passed by the House of Representatives with broad bi-partisan support (113 votes to 7) on 16 May 2007.

John Key had actually come to Helen Clark’s parliamentary rescue over this progressive (but highly controversial) measure by throwing most of National’s votes behind it. He’d even stood alongside the Prime Minister when the deal ensuring Sue Bradford’s private members bill would be passed by a substantial majority was announced.

And yet, in spite of his overt support for Bradford’s bill, neither Key nor his National Party suffered any significant electoral damage in the 2008 election.

The same could NOT be said of Clark and Labour. In fact, their support for the anti-smacking legislation is generally regarded as one of the more important factors contributing to the Labour-led Government’s loss.

Clearly Labour’s support for measures like the anti-smacking bill is viewed in a way that is very different from the way most voters view National’s politically correct gestures. In the end, I believe that it boils down to motive. It’s not so much what a political party supports as why.

When Labour was unambiguously the party of the working-class, the question of political motivation was reasonably clear. Labour backed the workers’ trade unions and was dutifully funded by them in return. Labour similarly strove, whenever it was given the chance, to improve the Welfare State it had created in the 1930s and 40s. It built state houses for working families and used the large state-owned enterprises – NZ Railways, the Post Office, and the Ministry of Works – to soak up unskilled labour which would otherwise be unemployed. Labour was also the party most closely associated with nation-building – not simply in the form of its massive public works projects, but also in the way of fostering and funding a distinct New Zealand identity and culture. The State Literary Fund and the NZ Symphony Orchestra were Labour Party creations.

In the 1950s and 60s Labour’s ranks were swelled by young, idealistic men who had come back from the Second World War determined to make all the suffering and destruction mean something. Politicians like Martyn Finlay, Phil Amos and Bob Tizard wanted to soften a society that could still be very harsh and unforgiving. To the radical economic reforms of the pre-war period they sought to add a strong measure of liberal social reform.

This younger generations’ liberal ideas were not universally welcomed in Labour’s ranks, where the influence of the Roman Catholic and Methodist churches remained very strong. On matters pertaining to Christian forgiveness and the sanctity of human life, such as Capital Punishment, the liberals and the more traditional elements of the party marched together. On matters pertaining to human sexuality and the role of women in society, however, there was considerably less agreement.

In the 1970s and 80s Labour’s ranks were swelled by yet another cohort of young idealists. Their formative political memories were not of economic depression and world war but of uninterrupted prosperity, national liberation movements, Cold War paranoia, mutual and assured nuclear destruction and the obscenity that was Vietnam.

The economic equality Labour had fought so hard to secure was experienced by the numerically vast Baby Boom generation as their parents’ near-obsessional concern with economic security. In political terms this quest for security took on a decidedly authoritarian cast. The so-called “RSA Generation” expected and exacted strict conformity to their notion of the good society.

The Baby Boomers were having none of it. Many of them – especially the many thousands swelling the university rolls – emphatically rejected their parents’ social and political docility. What they wanted was freedom. Not the freedom their parents had sought: freedom from. The freedom they were seeking was much more radical. It was the kind of freedom which had, throughout the course of human history, been reserved almost exclusively for the rich and the powerful: freedom to.

No one understood this better than Norman Kirk. In his address to the 1974 annual conference of Labour Party, made just four months before his death, he spelt out the difference between the two types of freedom:

Margaret Hayward, Big Norm’s private secretary, summarised his remarks in her Diary of the Kirk Years:

“And the permissive society – it was just another way of saying ‘I can do what I like’. That would include not just the right to use marijuana but the right to exploit, to speculate, to put monetary gain above social duty.

Labour’s baby-boomers didn’t listen. Hadn’t the party already solved all the problems associated with freedom from? Wasn’t the country fully-employed, comfortably housed, kept healthy, and offered educational opportunities all the way to varsity at the State’s expense? Yes (in 1974) it was. So, Labour needed to shift its gaze from yesterday’s problems – the problems of scarcity – and focus, instead, on the problems of today and tomorrow – the problems of abundance. What the rising generation of voters wanted was the freedom to become something altogether different; something new; something better!

Except that material deprivation wasn’t the only problem that needed the Left’s attention. For female, Maori and homosexual New Zealanders the problem was how to win their freedom from a daunting nexus of legal and social discrimination. Or, to turn the problem around: how to win the freedom to be themselves. The debate had been growing in both volume and intensity since the late-1960s. By the early 1980s, freedom from and freedom to had begun to merge.

And then, in 1981, all this progressive philosophical wrangling was suddenly confronted by an altogether unexpected New Zealand – one with very different ideas on the meaning of freedom. Presented with the Left’s demand that New Zealand do everything it could to secure Black South Africa’s freedom from racial oppression, this other New Zealand claimed the freedom to go about its lawful business without let or hindrance. Against the Left’s freedom to protest against injustice, the Right asserted the Rugby fans’ freedom to watch a sporting fixture in peace – free from moral and physical intimidation.

Faced with the inconvenient truth that freedom meant different things to different people, the Left predictably (and as events in South Africa, at least, would later prove, justifiably) determined that their definitions were superior.

That a huge number of working-class people had rejected the Left’s account of freedom did not give the latter pause. In spite of everything Labour had done for them, these workers had failed dismally the ethical test History had set for them. It was a judgement which, as the global rejection of freedom from in favour of freedom to gathered pace, was about to cost working people dearly.

In the Fourth Labour Government the Baby Boomer Left’s sense of moral superiority and its conviction that the time was ripe to escape the constricting hug of freedom from and embrace the exhilarating possibilities of freedom to came together in Roger Douglas’s fatal cocktail of ruthless and largely unmandated economic and social “reform”. Kirk’s prophecy of ten years earlier, that “the permissive society” – freedom to – “would include not just the right to use marijuana but the right to exploit, to speculate, to put monetary gain above social duty” was borne out – with a vengeance!

It was something that just about everybody actively engaged in the 1981 Springbok Tour protests remembers: the way pro- and anti-tour people could identify one another, often at considerable distances, with almost 100 percent accuracy. There was something about the way they dressed, the cut of their hair, their gait, the way they took in (or ignored) the world around them, that positively screamed-out their position on the Tour. It was a very useful survival skill for the outnumbered anti-tour protesters, but it no doubt proved useful to the pro-tour people as well.

I wonder, now, 33 years later, whether something similar still lingers in the New Zealand community. Whether the same subtle signals are still being broadcast and received by my fellow citizens. Whether people look at Labour’s and National’s representatives and make exactly the same sort of instant judgements about the people before them. Deciding in a split second whether he or she is one of us – or them.

I wonder, too, 30 years after the election of the Fourth Labour Government, how many Labour MPs realise how many New Zealanders are, once again, in the political marketplace for freedom from?

National will always get a pass from working people for promoting freedom to – it’s what they do and, frankly, it’s a freedom that a great many working people themselves hunger for. Labour, however, will always be judged more rigorously. It cannot get away with saying “I can do what I like.” To be Labour is to be forever associated with what Norman Kirk called our “social duty”.

In the bitter words that some unknown but desperate person spray-painted on the wall of the Christchurch Trades Hall in the late-1980s for the unions, the Labour Party and the Left in general to read:

“You were supposed to help.”