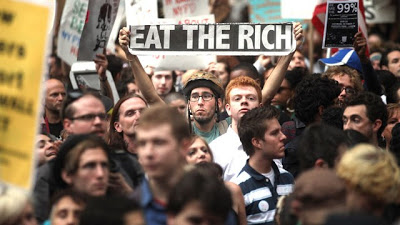 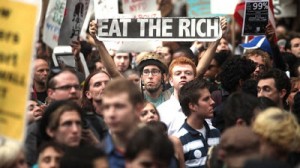 Yesterday, a case manager from WINZ called to tell me that I needed to “imagine what I would do if I did not have welfare”. I replied “Well, I guess if I couldn’t live at home, I would be homeless.” The case manager responded by saying “Now, you see that is a really negative way of seeing it. You would find ways to support yourself.” She went on to tell me I just needed to take a minimum wage job, maybe cleaning or something, and that my expectation of being paid 15 dollars an hour was unrealistic. She informed me that training as a volunteer at Women’s Refuge and writing on politics was not making me any money, so I needed to lower my expectations.

After this case manager’s patronising attempts to get me to “envision life without welfare” I snapped and told her:

You may not be able to agree with me but you know John Key has gutted welfare, which has plunged people further and further into desperate poverty. You know it is nearly impossible to live off minimum wage in Auckland, yet you are telling me to just be happy with a wage that would leave me barely able to afford food. You know Key has slashed funding to education, meaning that the post grad qualification I have in teaching is almost worthless.  You know the job market is shit and stagnant, and you know you are hassling over qualified people into unfulfilling and underpaid work and expecting them to thank you. And then you harass and humiliate people who become part of the revolving door at your welfare offices. There is a reason why people go on and off welfare; it is because the [capitalist] system we live in is broken. Not because we are inadequate or lazy. It is depressing working jobs where you are expendable and treated as worthless and paid accordingly.

The case manager then said in a patronising tone that she had just called to confirm an appointment and I was getting upset for no reason, and anyway I just needed to “think more positively about my situation”. This despite the fact that she had at the start of our conversation brought up the fact that I had been on welfare before, and she had pointed out that because I had so many degrees I should have no trouble finding work. The case manager must not have heard me when I had told her:

“Key has slashed funding to education, meaning that post grad qualification I have in teaching is almost worthless.”

Not to mention that preventing violence against women, the sector I desperately want to work in, is under-funded. Anything perceived as ‘women’s work’ always is. Women’s Refuge already relies on 60% of its work force volunteering their time. Without these courageous and dedicated women who work for free, many victims of domestic violence would go unsupported and often have nowhere to go. Without a doubt, lives would be lost without these volunteers.

Under our current National government, as Green MP Jan Logie said at ‘The Women’s Forum’ before the election, “we have seen the erosion of our women’s rights, economic position and pathways out of violence. They have cut the targets for women’s representation, legislated against equal pay, and removed vital protections for victims of sexual and domestic violence.”

It almost feels like a crime to want to work in a job where I might make a difference to my community and country.

Lord knows after my political rant at some random WINZ worker who was not even my personal case manager, my welfare could be cut this week – speaking out is a dangerous game to play. But hey, us benefit bludgers deserve what we get, right? We are just lazy losers and having a benefit cut out of nowhere is the price we pay for sitting on our couches all day playing PlayStation and drinking RTDs. Unemployed people are clearly what is wrong with society – not the super wealthy who horde every last penny creating massive wealth inequality and whose travel habits have a 250 times greater impact on climate change than those living in poverty. We just need to ‘work harder’, be happy with our lot and stop complaining.

Last night I paid a visit to Jill* who used to be an unemployment case manager for WINZ. She predominantly worked with people with disabilities and mental health problems. Jill told me that “every employee at WINZ has to meet a job target. If WINZ employees push people off welfare, they a get bonus and it can be one to two thousand dollars. Keep in mind that WINZ workers are also often low paid workers who have mortgages to pay and families to support.”

When Jill first started working at WINZ she told me that to meet these targets she was supposed to shove (and it was “shove”) her clients into any job. But having worked in the mental health sector previously, Jill was aware that this can set people up to fail and destroy self-confidence. Because of this she found short training schemes that were free and placed people on these educational programs, as she said “to buy her clients time”. She faced enormous pressure “to place people in jobs regardless of their capabilities.” In the end Jill quit after “seriously losing the will to live, sleep and eat” because “working at WINZ was just fucking awful.”

Months after she left, Jill spoke to a case manager still working at the same office and learnt that many of her clients she had managed get into training schemes had found “sustainable work.”

That word “sustainable” has a slippery meaning when uttered by WINZ workers. I have no doubt that Jill, with her moral convictions and refusal to meet her targets at the expense of her clients, managed to get at least some people into work that would be truly sustainable and perhaps meaningful. As Jill told me “I never met one job target the whole entire time I was there.”

But I doubt this can be said for many other WINZ workers as the system they work in demands that they force people into any job no matter how unsuitable or underpaid. When this case manager rang me yesterday she kept telling me I needed to find “sustainable work”. I asked the case manager to define what “sustainable” was supposed to mean in the context of WINZ. She could not tell me. In truth I need not have asked this question. I know, like anyone else who has been on welfare, that it really means: take any job no matter how underpaid or unsuitable and shut up.

Just over a month ago a Russell Tully walked into an Ashburton branch of WINZ, pulled out a gun and shot 3 case managers, killing two of them. Tully had recently been in the paper pleading for help. He had been living in a tent, he was homeless, desperate and mentally very unwell.  Nadia Filistin who advocates for beneficiaries said in passionate response the shootings:

The man who murdered Work & Income staff today was homeless, destitute, chronically ill and repeatedly shunned by our politicians and our scarcely remaining “safety net”. Remember that thousands just like him will not murder. They will be quietly loathed, demonised and their collective pain will be depoliticised. Rather, thousands who do not react to the violence and contempt of our Government squeezing and beating people within an inch of their lives with punitive policy, will walk away. Some will commit suicide. Others will die on the streets. Others will carry on crushed by the weight of unjustifiable hardship and social and economic exclusion.

The ruthless and brutal welfare reforms of Paula Bennett under the National government have plunged people below the poverty line. More and more people are living in poverty stricken circumstances: new mothers living out of their cars and families who are on long waiting lists for state housing are living in over crowded cold damp homes. These people and many like them are desperate for help that often never comes.

James Baldwin once said: “The most dangerous creation of any society is the man who has nothing to lose.”

I am lucky. I was born into privilege: I am a white cis gendered heterosexual woman. I am well educated – I was afforded hardship scholarships and my student loan is small compared to most. I am not homeless. I do not have a mental health diagnosis. I have friends and family that continue to hold me up. There are, without a doubt, many people significantly worse off in Aotearoa than I am.

But I think it is worth sharing with you that I have felt seriously suicidal on welfare. I have drunk myself into oblivion and popped sedatives because I felt so hopeless about my situation. I have woken up and wished I had not. I have suffered from eating disorders retriggered when I had no money to buy food on welfare, and sometimes no matter how hard you try to find employment, your best is just not good enough. And that feeling of ‘not being good enough’ is overwhelming.

WINZ compounds these feelings of worthlessness by pushing you into poorly paid, exhausting and often depressing work that in no way reflects your skill set. If you cannot find work you are shamed, harassed and patronised. In the Grey Lynn WINZ branch they will not even let clients use the toilets.

Here’s what is notably not being said to beneficiaries: you are more than your inability to find a job. You deserve to eat food, to have a warm dry roof over your head, to feel loved and to be supported by your government regardless of your economic position. You need to know you are worthy, simply because you were born. “Human beings are worth more than their usefulness to capital” wrote the journalist Laurie Penny. I am so tired of being measured purely by my ability to turn a profit.

*Name has been changed to protect the identity of this person