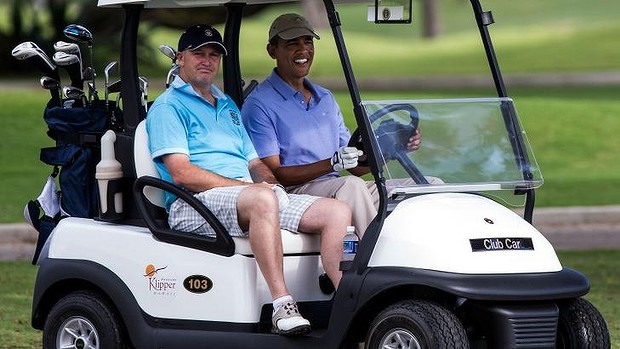 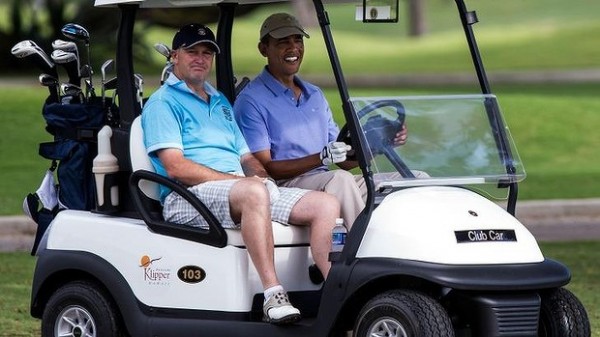 Working people in the advanced capitalist world should reject appeals by the rulers of their countries to support the foreign policy of “their” country.

Inevitably that foreign policy is simply a programme to advance the interests of the super wealthy owners of industry and services to grab the biggest possible share of the wealth available on the world market. They disguise their naked self interest with appeals to the so-called “national interest” with claims that we are fighting for lofty goals like “freedom and democracy”. We are even asked to wage war for these goals. Often it is the working people on both sides of these wars who are being shafted or killed. But inevitably a few years down the line we discover that it was all lies.

I want to touch on a few of these wars from my lifetime and the lies told to support them.

The New Zealand Army participated in the Vietnam war from 1965 to 1972 when the troops were withdrawn by the newly elected Labour government under Norm Kirk. The previous National Party Prime Minister Keith Holyoake had declared: “Whose will is to prevail in South Vietnam? The imposed will of the North Vietnamese communists and their agents, or the freely expressed will of the people of South Vietnam?” Every word was a lie. It was widely accepted that if the elections promised at the 1954 peace conference had been held the Viet Minh forces led by Ho Chi Minh would have won easily. Instead the US installed a puppet dictatorship in the South of extreme brutality. Twenty years later the US was forced to leave Vietnam, the southern dictatorship soon collapsed and the country was reunified. But Vietnam had suffered several million deaths and a legacy of destruction they still are recovering from today. The US lost 58,000 troops. NZ lost 38. Every one of the killed was murdered in defence of a world capitalist empire.

In 1975 the Indonesian military regime invaded Timor and annexed the territory. The action was taken with the support of NZ, Australia, and the US. What the imperialist West feared was that the Revolutionary Front for an Independent East Timor (Fretilin) would create what was dubbed “another Cuba” in the Pacific. Ten years earlier this same military regime in Indonesia (again with the support of Australia, NZ, and the US) slaughtered a half million of their own citizens to remove a nationalist left wing government. While the UN passed a resolution deploring the invasion of Timor no action was taken. Daniel Patrick Moynihan, the US ambassador to the UN at the time, wrote in his autobiography that “the United States wished things to turn out as they did, and worked to bring this about. The Department of State desired that the United Nations prove utterly ineffective in whatever measures it undertook [with regard to the invasion of East Timor]. This task was given to me, and I carried it forward with not inconsiderable success.” Later, Moynihan admitted that, as US ambassador to the UN, he had defended a “shameless” Cold War policy toward East Timor. A quarter century and several hundred thousand dead later Indonesia was forced to withdraw and Fretilin won the subsequent election. That has not stopped Australia in particular from trying to bully tiny Timor out of access to oil and other resources off its coast.

In December 1978 the Vietnamese government intervened militarily to remove the genocidal Khmer Rouge regime from power in Cambodia. This was an very popular move inside the country. Cambodian forces opposed to the Khmer Rouge supported the Vietnamese action and a Cambodian run government was established. Vietnam was met my extreme hostility by the imperialist West who imposed a brutal economic blockade on both Cambodia and Vietnam. China, the US, Australia, the UK and NZ supported the Khmer Rouge keeping their diplomatic seats in the United Nations and claiming to represent the victims of their genocide for another 15 years after their overthrow. In addition they allowed the Khmer Rouge to take control of refugee camps in Thailand and military and financial aid poured into their coffers to use for attacks on Cambodia and Vietnam. Hundreds of thousands of people starved to death as a consequence.

In 1975 a conservative monarchy was overthrown in Afghanistan by forces associated with the Peoples Democratic Party of Afghanistan (PDPA). It was an urban based based with broad support in the middle classes and professional layers. It was also deeply influenced by an authoritarian and bureaucratic approach to politics from its association with Soviet style Stalinism. Many of its leading cadre had also been trained as engineers and military officer in the Soviet Union under the monarchy. The programme of the government was however very popular, especially in the cities, and included expanded rights for workers, women, and peasants.

Very soon a rural based war was sponsored by the US and the right wing military regime in Pakistan against the regime. The conservative tribal leaders (who also doubled as the rural gentry) feared the land reform and abolition of usury. They used the proposed education of girls to mobilise opposition to the “athiest” regime in Kabul. The Kabul regime in turn responded in increasingly brutal manner to force the policy changes down the populations throat.

Billions of dollars in aid flowed from the US through Saudi Arabia and Pakistan into the hands of the Mujahideen. They were dubbed “Freedom fighters” by US President Reagan.

The mujahideen consisted of at least seven factions, who often fought amongst themselves in their battle for territory and control of the opium trade. To hurt the Russians, the U.S. deliberately chose to give the most support to the most extreme groups. A disproportionate share of U.S. arms went to Gulbuddin Hekmatyar, “a particularly fanatical fundamentalist and woman-hater.”‘ According to journalist Tim Weiner, ” [Hekmatyar’s] followers first gained attention by throwing acid in the faces of women who refused to wear the veil. CIA and State Department officials I have spoken with call him ‘scary,’ ‘vicious,’ ‘a fascist,’ ‘definite dictatorship material.”There was, though, a kind of method in the madness: Brezinski hoped not just to drive the Russians out of Afghanistan, but to ferment unrest within the Soviet Union itself. His plan, says author Dilip Hiro, was “to export a composite ideology of nationalism and Islam to the Muslim-majority Central Asian states and Soviet Republics with a view to destroying the Soviet order.” Looking back in 1998, Brezinski had no regrets. “What was more important in the world view of history?… A few stirred-up Muslims or the liberation of Central Europe and the end of the Cold War”. Read more.

Tens of thousands of foreign fighters were recruited and got their baptism of fire in Afghanistan including the most famous “freedom fighter” Osama Bin Laden. In 1992, the Mujahedeen drove the Soviets out and seized power themselves. However they soon fell into a fratricidal civil war that killed tens of thousands more Afghans. The Taliban then ousted the Mujahideen faction in power in 1994.

The Taliban were ousted in turn in 2001 by US-led forces installing other factions from the old Mujahideen based in the north of the country. New Zealand has supported the military occupation since then and actively participated at times. All of the governments in Afghanistan since the US-led occupation are reactionary warlords, drug dealing despots and murderers. The current vice-president General Dostum earned notoriety for suffocating several thousand Taliban prisoners in shipping containers during the final offensive against them.

The lies associated with the Iraq wars are more well documented. NZ also played a more limited role. However the NZ government did support the criminal sanctions regime against Iraq between Gulf War One in 1990 and Gulf War Two in 2003. This led two leading UN officials who had been placed in charge of the sanctions to resign as it was obvious that hundreds of thousands of people were killed as a consequence. On May 12, 1996, Madeleine Albright (then U.S. Ambassador to the United Nations) appeared on a 60 Minutes segment in which Lesley Stahl asked her “We have heard that half a million children have died. I mean, that’s more children than died in Hiroshima. And, you know, is the price worth it?” and Albright replied “we think the price is worth it.” While not part of the invasion force in 2003 Helen Clark’s Labour-led government did send a unit of military engineers to assist the occupation forces in 2004 because otherwise Fonterra would miss out on lucrative oil for food contracts. The morality of the occupation was no different to that of the invasion so the culpability remains.

We should remain very suspicious of any claims the US has that their promotion of renewed military intervention in the Middle East has anything to do with naked self-interest. Oil and the control of where it is extracted remains a geo-strategic objective of immense value.

Preventing the people of Syria and Iraq from exercising any notion of genuine self-determination or democracy is part of that reality.

The Kurdish people in Syria and Turkey (or Iraq and Iran for that matter) are not considered allies of the US and its allies because they desire a genuine social revolution that will liberate their people from being divided up and exploited. The Kurdistan Workers Party has mass support in Turkey and Syria. That party has led the resistance in Kobane to the ISIS attacks. Turkey has killed more Kurds in Turkey this past week than ISIS fighters in Syria. On the BBC tonight I heard a Kurd who lives in Turkey declare “We don’t need your support, or your weapons, we just need you to stop supporting ISIS”. NZ, Australia, The UK and The US have all listed the PKK as a terrorist organisation because it also fights the recationary Turkish regime (and Nato ally).

ISIS is a product of the attempt over three years to overthrow an autocratic, nationalist regime in Syria that won’t bow down completely before the US empire or Israel. Billions of dollars in arms and fighters have poured across the border since the revolt began against the Assad regime in 2011. The most reactionary gulf states (Saudi Arabia, Qatar, Kuwait) funded like-minded individuals and groups. Turkey opened its borders to foreign fighters and promoted their own groups. No one cared if fighters went from the UK, Australia or NZ. The main allies that the imperialists and their local allies are able to find in their fight against these increasingly unpopular governments were often the most reactionary and gangster like tribal leaders, warlords and businessmen.

But once you unleash reactionary forces like this they can take on a life of their own that gets out of control. This is exactly what occurred in Afghanistan with the Taliban and Libya with the armed gangs vying for control of that country.

We must completely reject the propaganda of the empire. Our allies aren’t the US military or the local gangsters they support. Our allies are the genuine revolutionary fighters like those defending Kobane. They need support not from the US or Turkey who will only seek to dominate and betray them but from fellow revolutionary fighters in Syria, Iraq, Turkey and across the globe. Those fighters cannot be the ones who sell their souls to the empire but ones who want a genuinely progressive and democratic transformation of their country.