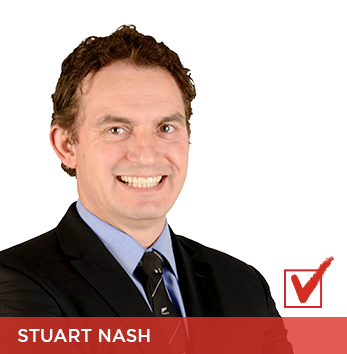 I like Stuart Nash, his ambition and brains are a rare combination on the Left, but when I say ‘Left’, I mean as broadly a definition as possible in order to fit Nash into it because Nash has a lot of friends on the right.

Now while Matthew Hooton will take to twitter and breathlessly claim when questioned over his closeness to Nash that he is also friends with Shearer and Grant Robertson, I can’t recall Hooton ever hosting a fundraiser for anyone other than Stuart Nash at the Northern Club, NZs richest and most right wing bastion of wealth.

But it’s not Nash’s closeness to Hooton that is in question, it is his relationship with the Sith Lord, Simon Lusk. Lusk is to Slater what drinking is to driving, mix the two of them together and you get Nicky Hager’s Dirty Politics.

The rumours, and I have to be clear on this, they are only rumours,  is that in 2012 financial backers of Nash paid for a report from Lusk on Nash’s political options. Pre Dirty Politics such an idea, while questionable, could be explained as wanting to canvass all opinions and points of view, of course post Dirty Politics, any Labour Party MP seen to be taking advice from Lusk is akin to having a public wedding with Cameron Slater.

I think Nash is a bright star in Labour, he has the ability to pull National voters across in a way few Labour MPs could, and I enjoyed a very long discussion with him at the Spirit Level lectures on how to seriously tackle poverty,  which is why I think he has a role to play on the front bench for the symbolism of unity he could provide, his relationship with Lusk however means he could never be a realistic option for leadership because he could forever be compromised if the report exists.

As for what the report proposed….

If Paddy Gower gets onto this story, Nash will have to white knuckle the scrutiny and hope Lusk plays ball. Nash might want to have a word in Slater’s ear too and ask him to stop writing positive blogs about him, it just makes it all look too obvious.

Labour simply doesn’t have the talent pool to go crucifying MPs who talked to right wingers.

1 – Start referring to himself immediately as ‘The Nashy’

2 – Speargun a large fish over Summer, preferably an endangered Tuna so that he can start having a fight with the Greens. Hunting something with a social media photo of him standing over whatever he has killed would also suffice.

3 – Kick a ball around with some All Blacks.

4 – Pick more fights with the Greens over climate change and oil drilling.

6 – Bash the bennies and get Cameron Slater’s other mate inside Caucus, Kelvin Davis, make some derogatory remarks about Maori and violence all under the guise of ‘manning up’  and confronting domestic abuse.

For the record: On September 2, 2014 Stuart Nash’s connections were being discussed on this TheDailyBlog report by Frank Macskasy

In the comments area, Stuart Nash responded to the speculation as follows:

STUART NASH says:
SEPTEMBER 2, 2014 AT 7:19 PM (EDIT)
To be honest, I am surprised that the left can’t see the ‘black ops’ currently being practised by the right for what it is.
Yes, I know Simon Lusk as he lives in the Bay. We have actually worked on a project of mutual interest – the battle to get a degree of transparency at the HB Regional Council with regards to the Ruataniwha Water Storage Scheme. Simon was actually working with MPs from Labour, the Greens, a number of local Nats and a couple of ACT people, as this is very much a cross-party local issue.
Simon is not working on my election campaign, I have never paid him for any services, and there is no agreement re Mana-Internet.
I am also very disappointed that people are trying to link Kelvin’s campaign to Lusk. I am a huge supporter of Kel and think he is a great candidate and is a fantastic MP who will continue to make a very valuable contribution to Labour, his electorate and NZ. I am 100% supportive of him going incredibly hard to win his seat.
Also be aware that the Nats are playing ‘divide and rule’ politics with candidates like Kel and I when they link our names to Lusk and Whaleoil.
Joyce in particular, Key in the past and now Finlayson, have all linked my name to such rubbish. Whaledump, however, has come out and said that he has nothing on me – which I always knew.
This is about trying (unsuccessfully) to discredit a candidate who has the chance to win back a seat for Labour currently held by the Nats. Pretty obvious and rather crude I would have thought.
If we allow their lies to become truths then they have won that battle. Personally, I couldn’t care less what Finlayson, Joyce or Key say about me, but it does surprise me when Labour people start believing their rhetoric, because it means that their lines are beginning to get cut-through.
Please be assured, that I would not be standing in Napier for Labour, I would not have run a 3 year campaign to win this seat and the right to represent Labour in parliament, and I wouldn’t be putting a bunch of very good volunteers through hell if I wasn’t Labour to the core.
I hope this answers your questions.