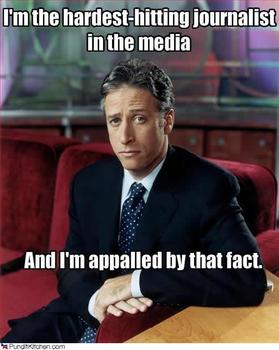 “We are so used to never getting a straight answer out of politicians, we don’t even see it as the point of interviews anymore!” Keith Ng

There’s no doubt that NZ’s media in general, failed to hold John Key to account at the election. As Keith Ng writes in his excellent blog, “National’s landslide victory means that the media’s reporting of Dirty Politics has had no effect. The media had no power to punish politicians for bad behaviour.”

You can understand media relusctance to get involved. Why do the job of an opposition in disarray and undeserving of help? But it is the news media’s job to hold a blowtorch to the short and curlies of any politician caught being dodgy – no matter who benefits, whether it’s before an election or not.

That goes for any politician be it Key and his black ops team or Cunliffe and his black ops team of one. And it’s good to see they jumped into Cunliffe bigtime over his wife’s Twitter account – screeds of headlines for a couple of days and that’s what the story deserved. Though this TVNZ article, based solely on comments on the TVNZ website, is a step too far. (I don’t remember seeing similar headlines when John Key and dirty politics was running deep).

“I was pretty appalled by the manipulation you saw going on. If we look at the Cameron Slater stuff and the way stuff gets dropped, it hasn’t changed.” Brent Edwards

More than anyone else in New Zealand our press gallery are responsible for shaping our political debate. The problem, as everyone says, is that the press gallery hunts as a pack. In this revealing feature Radio NZ Political Editor, Brent Edwards, describes how young reporters would follow senior reporters’ angles “because then they’d feel safe” and admits to not receiving many leaks himself because he’s “not interested in being played by politicians”. Brent Edwards is a public service broadcasting exception – thealternative outsider in a schoolyard of teenage cool, attitude and aloofness.

Jay Rosen’s phenomenally insightful blog Why Political Coverage is Broken, calls it the Cult of Savviness. An obsession with being on the inside, in the cool group which does away with old-fashioned journalistic outrage and analysis. According to Rosen, “Savviness is that quality of being shrewd, practical, hyper-informed, perceptive, ironic, ‘with it,’ and unsentimental”. It excludes being fair, decent, sincere and thoughtful.

“What is the truest mark of savviness? Winning, of course! Or knowing who the winners are.” Jay Rosen

Which perfectly matches our nightly political coverage – policies are duly reported but the analysis, the framing, the sub-text and over-arching theme is about picking winners. And that’s the problem. “What’s so weird about savviness is that it tries to position us as insiders, invited to speculate along with journalists and other players on how the mass public will react to the latest manoeuvrings. But the public is us. We are the public.”

And right there he’s nailed what political reporting has become – a discussion of political strategy with absolutely no consideration to the actual effects a policy could have.

I disagree with just one point in his theory – the word for it is savvy, not savviness.