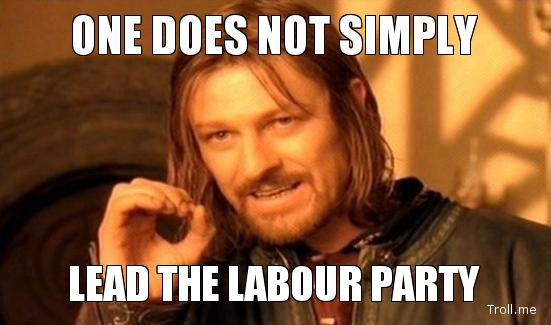 One week after the election, while I was still waiting to be consulted about contributing to the review on what went wrong, what do you know? There is a leadership challenge. So instead of opting for a united, thoughtful and measured response, the factions have revolted; it’s a free for all, put -the-boot-in, knee jerk reaction. It just goes to show how much I know.

Damn it if there is to be a challenge let’s make it really exciting and of course relevant to the contemporary political viewer. Put them on an island, make them sing, dance and cook while they plot, plan and debate. I want to know what they are really like. How do the react when they are stressed and hangry? Let them fight to the death! The Political Hanger Games.

Since we are on the subject of employment I should mention I have problems of my own. Semester is nearly finished and I need a job. A summer job, just for a few months. I need to earn at least a living wage but will settle for just existing and table scraps. Of course if I found something I liked and they liked me I could stay on after the ninety day trial period…hey! Are you thinking what Im thinking. Well why not!

I’ve been reading the papers and watching the telly so I have a really good grip on what the public want. I know what’s valued in your modern political leader.

I would like to announce my intention to nominate myself for the position of leader of the Labour Party. I nearly said leader of the opposition but there are already three co-leaders sharing that position and I am looking for something permanent.

Am I qualified? Are you kidding? I’m so qualified you could bet your capital gains on it. Well at least in all the areas that matter. Read on.

My name is not David, but if the unions requested a David I would be happy to change my name to David.

I am only a little bit gay, but I am not too gay. Okay, so technically I am probably heterosexual most of the time, but I have been gay for pay, and there were those times when I was drunk. Does half a dozen still count as curiosity? This means I am attractive to all. The homophobs and the hetrophobes. No special interest groups for me. Who could possibly be offended by that?

I am not too rich. I have a house but it isn’t too flash for a Labour leader and nothing Collins and Bennett can make fun out of. No ones laughing about my Massey MacMansion!
My taste in jackets is conservative and none of them cost enough to insult. Bonus!

I am not too young. I am not some thirty six year old, babe in the woods, only have spent my entire work history working in parliament overqualified whippersnapper. I’m no young gun career politician. I have had no career at all.

I am not too old. That’s right I am not going to be one of those sharp as a tack baby boomers that have years of experience to offer. I am not one of those wise old heads that have been tempered by past political storms.

I am not Maori. Damn it I’m not tangatawhenua. There isn’t anything I can do about that except apologise for it. I won’t apologise for being a woman, though I could apologise for not being a man if required. I can state unequivocally that I’m not racist. If you just take a look at my extensive sexual history you will see I’m all good there. Bet you’ve never heard Ardern say that! Don’t get me wrong. I believe in morals. I have one. I don’t sleep with married men. Anymore.

I’m not too beltway. I’m not sure what that is but it has something to do with drinking lattes. I’m a flat white. At home it’s Moccona. ( Moccona heft mere mmmmm. It’s the flash instant.)

I have 27 twitter followers which if you change into a percentage is higher than Labour. I might need David Parker to stay on and help with finance but I’m creative and I think creative accounting is welcomed in Wellington, right?

I am authentic and I mean that sincerely.

So now that we have discussed all those really important issues, the issues that we prioritise, the stuff that really counts what do you think?