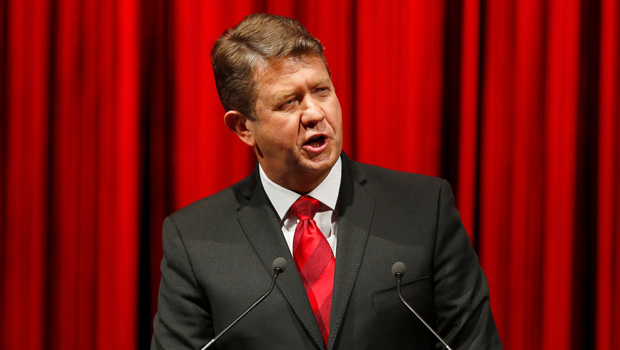 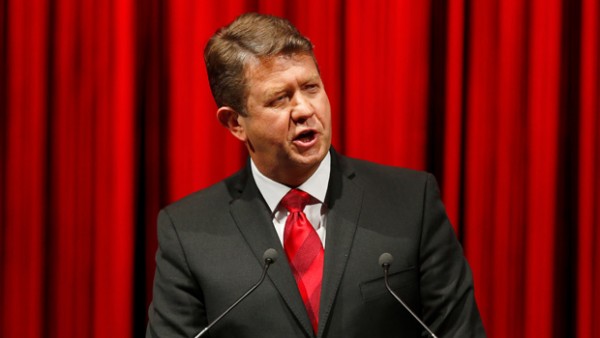 DID IT REALLY HAVE TO END LIKE THIS? Reading through the commentary threads of the left-wing blogs it is impossible to not feel the anger; the sense of betrayal; the impression of having had something vital ripped from their grasp; that many left-wing voters are still experiencing. Political parties are supposedly the vessels in which the hopes and dreams of whole classes of people are carried to power. How did the parties of the Left fail so spectacularly? Could it possibly have ended differently?

Of course it could. The debacle of 20 September 2014 was anything but inevitable. Different choices could very easily have produced spectacularly different results.

Let us begin with David Cunliffe’s victory of 15 September 2015. Not only was this a democratic triumph for the ordinary members and union affiliates of the Labour Party, it was also a revitalising tonic for Labour supporters and voters across the country.

For two weeks New Zealanders had been reminded of what Labour was all about – or, at least, what it wassupposed to be about. They responded by sending Labour soaring to 37 percent in the polls. Given that the Helen Clark-led Labour Party had won power in 1999 with just 38 percent of the vote, Cunliffe and his team were poised upon the threshold of an election year from which they had every chance of emerging triumphant.

What happened in the three months following that historic vote set the scene for the disaster the Left has just experienced.

What happened? Well, that’s the whole point isn’t it? Nothing happened. Spring turned into summer and Cunliffe did very little to build upon his September victory. The Labour Party’s annual conference was allowed to come and go without the slightest attempt to demonstrate to a waiting New Zealand in what way the new Labour leader was in any politically obvious respect different from the old one.

So consider, instead, this counterfactual history of the past twelve months.

CUNLIFFE ANNOUNCES the appointment of Matt McCarten as his Chief-of-Staff not in February 2014, but in September 2013. The new Leader of the Opposition’s Office is thus galvanised into action immediately – not five months later.

In his speech to the CTU conference Cunliffe announces his intention – as both Prime Minister and Minister of Labour – to establish a comprehensive commission of inquiry into workplace conditions and employee aspirations. It will be the biggest and most thorough exercise in public consultation ever attempted in New Zealand, and at the end of the process the country will have a blueprint for workplace relations that the people themselves have drafted. At the 2017 election New Zealanders will have the opportunity to vote this blueprint up or down. If they vote it up, then working-class New Zealanders, and the new institutions they have brought into being, will find themselves – for the first time in a long time – at the centre of the political stage.

With the reverberations of this policy still echoing around the country, Cunliffe then flies into Wigram for his party’s annual conference. Instead of the damp squib this gathering turned out to be (full of backstairs arm-twisting to shut down the debate on lifting the age of retirement and blunt the growing union opposition to the TPPA) the conference offers the clearest possible signal that Labour and the Greens will be fighting the 2014 election as partners – not antagonists.

On the Sunday afternoon, Cunliffe is joined on stage by Russel Norman and Metiria Turei, and, to tumultuous applause, the three politicians jointly announce their common policies on Climate Change and Ending Child Poverty. Like the 1998 Alliance Conference in Albany, the Wigram Conference gives New Zealanders an abiding and highly persuasive image of unity and common purpose.

To conclude his first 100 days as Labour leader, Cunliffe celebrates the festive season by launching his autobiography. The book, published by Craig Potton, and begun when Cunliffe was banished by David Shearer to the back-benches, sets out not only the story of Cunliffe’s life, but also his vision for New Zealand’s future. In an instant, the problem of what to give every Labour Party member and supporter for Christmas is solved. The Press Gallery, too, has  something to read at the beach.

Early in the new year, with Cunliffe’s, the Greens and Mana leader, Hone Harawira’s blessing, Matt McCarten sets up a very secret meeting with Kim Dotcom. “We all share a common goal,” Matt grins, “we all want to get rid of the Key Government. Perhaps you might like to assist the three left-wing Opposition parties with a substantial financial donation?

“To many New Zealanders,” he tells the big German, “you have become a sort of folk hero. So they’ll forgive you donating money to John Key’s opponents. What they will not forgive, however, is any attempt to intervene directly in the country’s politics. By sponsoring a new political party, for example. If you want someone other than Judith Collins to be the Minister of Justice after 2014, then what Labour, the Greens and Mana are proposing is by far the best option.”

Cunliffe’s next call, early in 2014, is to his publisher, Craig Potton. With the 2002 precedent of Nicky Hager’sSeeds of Distrust firmly in his mind, he asks Potton to think very carefully before publishing another of Nicky’s books in the middle of an election campaign. “If such a publishing venture is planned,” he says, “could you and Nicky, at the very least, keep all the Opposition leaders in the loop? A Labour-Green-Mana victory may well hinge on how you manage the release of another one of Nicky’s exposés.”

In the very depths of the winter of 2014, Cunliffe and McCarten, working with Helen Kelly of the CTU, organise a mass union meeting in the Telstra Events Centre in Manukau. Before an audience of 8,000 workers, Cunliffe, Norman, Turei and Harawira jointly announce their “Fairer Taxes For A Fairer New Zealand” package. “The 1 percent,” Cunliffe thunders, “will make a contribution to New Zealand’s future commensurate with their obscene wealth!” “The polluters will be made to pay”, the Greens promise. “We will feed the kids!” Hone bellows – to a crowd already on its feet and cheering.

In the final fortnight of the election campaign the “New Tomorrow Road Trip” makes its way from Kaitaia in the North to Invercargill in the South. A gleaming cavalcade of busses (paid for by Dotcom’s millions) snakes its way through New Zealand’s green and pleasant land carrying the Labour, Green and Mana leaders into every major city in the country.

It ends in the Auckland Town Hall on the Thursday before the election. Packed to the Gods the audience listens intently as Cunliffe speaks about his upbringing as a preacher’s son. “I have always believed that there is something bigger in this world than the individual,” he tells the hushed hall, his words echoing across Aotea Square, where thousands more are gathered. “Something more valuable than money. The men and women who inspire humanity do not look back, at the past; or down, on their opponents; they look forward, to the challenges that lie ahead; and, if we are very lucky, up, towards the mountains we have yet to climb. There are men and women who fit that description with me on this stage tonight, and, God willing, they will be with me in Government on Sunday morning.”

History is about the choices men and women make. Had better choices been made over the past 12 months, then the unemployed, beneficiaries, the working poor, young New Zealanders trying to buy their first home, university students burdened down by debt, all those in need of caritas – the love that so terrifies the Right – might now be celebrating the beginning of a new chapter in the history of New Zealand progressivism.

For their sake, as well as our own, we must do better next time.