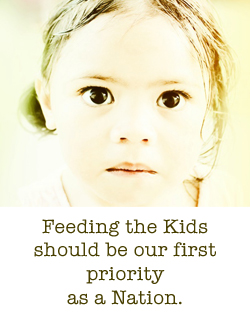 So Labour shifted too far to the left?   Here’s the ill-judged view of Josie Pagani in the Pundit

“At the last election I made myself a heretic when I wrote a column mentioning how unpopular the policy of paying Working For Families to beneficiaries had been on the campaign trail. Labour voters on low incomes clearly didn’t think it was fair to use an in-work tax credit to increase benefits.

Yet Labour, under David Cunliffe, dropped that policy. Except that he didn’t highlight the change, so Labour ended up in the worst of both worlds: Reckoned by many to have a policy that it couldn’t defend, and also setting itself up to disappoint the remaining supporters who expected the policy would be delivered.

It should have gone back to the principle of Labour’s Working For Families: that we are the party of work. That’s why we’re called the Labour Party. We represent the aspirations of people who work hard for a wage and want the same opportunity to get ahead as someone who was born luckier.”

Reading this helps me understand what went wrong with Labour but not as Josie Pagani intends. Let’s rewrite her piece from a different point of view. Here is what I and many more might say:

At the last election Labour made the principled decision to address the unfortunate failings of their flagship Working for Families policy. That policy was supposed to address child poverty but it had had no impact on the poverty rates of those in families on benefits because it excluded them from much of it.  Labour had come to recognise that all tax credits for children paid for by the taxpayer to reduce child poverty should be paid to all low income children on the same basis. This solid Labour principle signalled a return the inclusive policies for families of Michael Joseph Savage.

The worst mistake Labour made was to drop that policy because of ill-judged comments by people like Pagani. Previous supporters who had expected a sensible and principled reform of Working for Families would be delivered were not impressed by Labour’s half-hearted Best Start policy that refused to grapple with the elephant in the room, namely the In Work Tax Credit.  Labour looked like it didn’t have any solid values at all.

If some mythical working families did not like the idea of paying Working for Families to beneficiaries, they should have been reminded by a strong Labour leader that they and their children are only one step away from losing work in an unstable job market, or when a natural disaster strikes. Paying full child tax credits to all low income caregivers  does not make any working family any worse off, but it would help cushion the impact on children when parents lose work, are sick or are doing unpaid caregiving.

What strength would have come from an alignment with the Green Party on the In Work Tax Credit?  What heart would have been taken by those who despair at the crude work focus of current policies for children? Why was it so hard for Labour to devise a means of making work pay that did not damage children?

The most out of touch  thing that Labour can do in the 21st century is to carry on as if a 40 hour job in the paid workforce is the only work that counts when the labour market is so precarious for so many in an increasingly automated world. Such a dinosaur attitude alienates a huge number of people, including many women who do the critically valuable but unpaid caregiving and reproductive work for society. Why should Labour want opportunities just for ‘”people who work hard for a wage” as Pagani proselytises?  The Party of Labour needs to do some serious rethinking.  I sincerely hope it is not again captured by  the visionless pro-work rhetoric Pagani espouses.