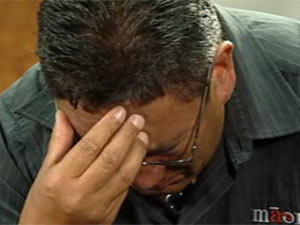 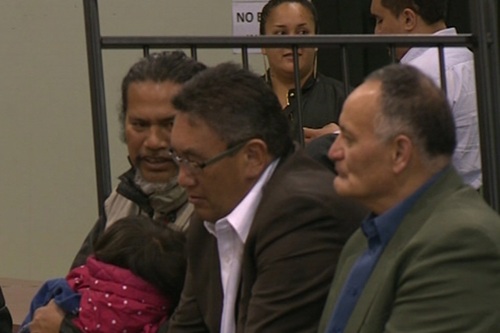 It was always going to be a hard task for Hone Harawira to hold onto his Te Tai Tokerau seat when the political establishment united in a coalition to defeat him and the chance for Internet MANA to bring more MPs into parliament.

From the outset Labour candidate Kelvin Davis announced he was going hard-out to win the seat despite any sane strategist realising at that stage that Labour would almost certainly need Internet MANA votes in a coalition of the left to change the government. Killing off MANA’s parliamentary representation would be a self-defeating strategy. However Davis was quickly backed up by several more of the party’s right wing MPs such as Phil Goff and Chris Hipkins and then by Labour leader David Cunliffe.

Davis and the right wing of Labour saw changing the government as a second priority to driving MANA out of parliament. Davis preferred to be a MP on the losing team rather than a supporter of the winning team.

The Maori Party leadership were arguing the same strategy behind the scenes and finally Winston Peters joined in with a last minute appeal to New Zealand First voters to back Davis.

Alongside the coalition ran a media onslaught attacking Kim Dotcom and by direct association Internet MANA. TV3 for example flew a crew to the Philippines to interview three former employees of Kim Dotcom over workplace grievances. Fair enough. But the same channel couldn’t find the journalistic justification to send a crew walk down the road to find the Prime Minister’s employee, Jason Ede, who worked with Cameron Slater to hack Labour Party computers and write vicious attack blogs against anyone who fell foul of the National government.

I could write a small book about media coverage of the campaign but don’t have the time or the patience. Suffice to say that no politician should object to being held accountable by the media and neither should they object to journalists getting stuck in to get to the truth behind the dissembling political spin of candidates, parties and their cronies. Neither is it a problem when journalists give their opinions on the issues of the day. However when those opinions drive the narrative that is presented to the public as news then we have a serious problem.

And so it was that Maoridom’s greatest contemporary champion was knocked out of parliament.

Just how important this was for the ruling elite was clear when the largest cheer at the news Kelvin Davis was ahead of Hone Harawira came from those attending the National Party’s post-election campaign celebration.

And so why was Internet MANA such a threat to the political establishment and their corporate backers? Because our policies such as free tertiary education, feeding the kids, building more state houses, shifted the tax burden to the rich who don’t pay taxes are a serious threat to the “free market” policies of the past 30 years which have enriched the few at the expense of the many.

National and Labour were happy to accommodate Internet MANA provided we stayed in our own small space on the field while the big boys played the game. But when we made a strategic alliance with the Internet Party all that changed.

The political establishment and the corporate media wanted us to remain pure and powerless but were enraged when we dared threaten to disrupt the cosy arrangement where Labour and National take turns to run the free market on behalf of the corporate sector.

In this month’s New Zealand Herald “Mood of the Boardroom” survey of the opinions of the Chief Executives of our largest companies one referred to Internet MANA as “dangerous radicals”. I’m happy to take that as a compliment.

MANA entered this strategic alliance with the Internet Party on the basis there would be no compromise – not even a single comma – on any of our policies.

The whole country knows who our corporate donor was and knows the policies MANA approved before Dotcom was in sight have not changed. We can’t say the same for National or Labour on either point in relation to their corporate donations.

All of us in MANA knew the association with Kim Dotcom was a big risk but it was a risk we were prepared to take to break out of the one percent polling we were stuck in and get more MANA MPs into parliament. We went in with our eyes open. We were prepared to risk everything and lose everything because the struggle of families on low-incomes demands active campaigning outside parliament and a louder voice in parliament.

Our parliamentary strategy failed spectacularly on Saturday but I have no regrets that we tried.

MANA as a movement works with people in many and various local campaigns as well as gaining representation in parliament. For the meantime the parliamentary side has stalled but the campaigning goes on and so the day after the election MANA banners were on the Queen Street march calling for action on climate change. The corporates will hate us for it.

There were no National or Labour banners.