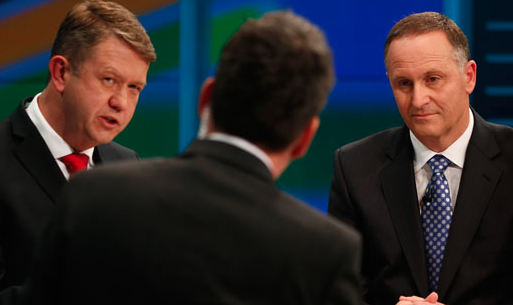 As a 3nd and 5th generation Kiwi-Indian (depending on which side of the family we have to go with), my relationship with New Zealand is a special one. Like other New Zealanders who are not of the Caucasian variety, the greatest struggle is finding your place in a country where your customs are not easily understood, leading to you having to dismiss the ‘strange’ part of your identity in order to fit in. This struggle is particularly hard when you have a disability. It wasn’t until my last couple of years of high school when I decided that I hate sandwiches and would actually rather take last night’s curry in a Tupperware container to school instead. Yea, people will give me funny looks, but I was determined to own that shit, and I did.

Without divulging into the ins-and-outs of my family history, as interesting as it may be, the bottom line that this is where we ended up. My ancestors and grandparents came to New Zealand where their grandchildren and decedents can have a fair shot no matter what their background is, where honest and hardworking parents can put food on the table and be their own landlord, where everyone can have equal access to healthcare and education and where the government is honest, has the people’s best interest and doesn’t allow its self to become puppets of a manipulative superpower.

I love the Indian culture because of the emphasis on forming meaningful relationships with your elders. One thing all 4 of my grandparents have taught me is that no matter where we end up, never forget where we started and definitely do not pull the ladder out from under you. Personally, I have no idea what its like to watch my parents struggle to keep a roof over the heads of my sisters and I, but this is because my grandparents and parents had the opportunity offered to them to build something for themselves here, which was meant to pave the path for those to come. Unfortunately, the current neo-liberalistic climate is making it impossible for young people to leave anything behind for their children, even after working themselves to the bone.

With all of this in mind and in honour of the past and future generations, I gave my party vote to Labour.

I am eternally grateful to the Labour Party. After all, it was Labour’s immigration reform that allowed my family to migrate to New Zealand after the 1987 Fiji coup in the first place. It was because of this that I, a Gujarati Muslim woman in a wheelchair could gain a tertiary education without any major trauma or hindrances. It really had nothing to do with me. So much of that is accredited to a society culture that believes in helping each other out. Of course there was still discrimination and marginalization at the best of times, but in the past 6 years we’ve only gone backwards.

From the results this weekend, I’m wondering just how bad things have to get before New Zealand finally wakes up. I do believe however, that by 2017 we will. It’s regretful that things have to get worse before it can get better but the important thing is to always keep fighting. The future generations are depending on it.