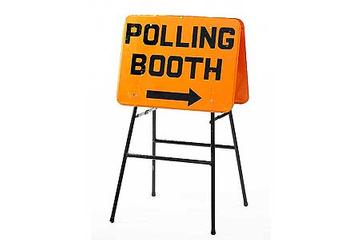 With the general election tomorrow, we have had a very noisy campaign but little sign that the electorate wishes for a fundamental change of governmental direction. This reflects in part the fact that the economic cycle is close to its decadal peak, and reflects the fact that the Key government has been driven as much by pragmatism as by ideology.

Yet it is likely that the percentage of vote going to the smaller parties – a percentage that generally rises substantially as the undecided decide – will be even greater than usual. This reflects the perception that, to use the expression John Key applied to David Cunliffe, the leadership of both National and Labour have been “tricky” in their approaches to politics.

Although we don’t have a two-party system any more, we still tend to divide into camp left and camp right, and expect our government to be of one camp or the other. This is at odds with what happens in Germany, where the equivalent of grand National-Labour coalitions are not uncommon.

My tribal instincts have always been with Labour. Indeed my parents were, independently, solid supporters of the left. Yet Mum and Dad (both middle children) were each politically dissonant with respect to their parents and siblings. School teachers, they were in their twenties when they met (doing country service), and I think that independence of thought attracted them to each other.

Yet, despite those Labour instincts, in forty years of voting I’ve only voted Labour once (National twice). Under MMP, however, more often than not I have voted for Labour electoral candidates (and I expect to this time), but never for the Labour Party. Too often Labour is a party of many good people, but with bad policies; policies that do deceptively little for the people whose votes they rely on. In 1984, following the ousting of their A-team in favour of the fish and chip cabal, the chemistry on the hustings between Labour and the New Zealand Party should have served as a warning for what was to come. That year I voted Social Credit. Then 1987 became the one year I didn’t vote; I disliked every option equally. And living in one of the safest Labour electorates in the country (Island Bay) meant my vote was never going to matter.

I don’t think a National-Labour coalition is viable at present; and the overt austerity of both parties chills me. (What eases my mind, however, is a degree of covert unausterity – otherwise known as pragmatism – within National.) Yet I do like the idea of a government that bridges the left and the right; yang and yin, if you will.

What I would like to see, for the next three years, is a National-Green-Maori coalition (or governing arrangement). I believe such an accommodation is possible, and without the Greens selling their soul. Yes, it would be like the present United Kingdom government; and the Liberal Democrats have been on the electoral skids. The Green Party would have to communicate the benefits of such a bridging arrangement better perhaps than the Maori Party has done in the past.

A National-Green-Maori government would be a change of government, even if there was no change of Prime Minister. I can see two scenarios where it might come about. The first scenario is that New Zealand First has the traditional balance of power between the left and the right. Conventional analysis would be that Winston Peters would thus be the kingmaker, and that the Greens would passively accept whatever Labour could negotiate for them; or the Greens would passively accept another three years in Opposition.

The Greens could circumvent that process by negotiating directly with National, undermining New Zealand First’s bargaining position. (Further, both myself, and I’m sure John Key, would feel that prospective Green Ministers – all experienced parliamentarians – will be much less likely to be incompetent in office than the inexperienced MPs that will come in on Winston’s list.)

A second option is that a National-Conservative-Act-United combination has enough votes (just) to form a government. Now let’s look at this situation from the point of view of Green voters. If the Greens could start talking with National, then we could be up for the following binary choice:

If I was a Green voter (and I may be!) then I know that I would prefer Choice 2 to Choice 1.

National voters might be evenly split about these two options. But National’s leadership team might prefer Choice 2 to Choice 1. First, it would mean not having to include the Conservatives and Act in his government. Second, it would be a shift towards the centre, which I sense is the direction that Messrs Key, English and Joyce would favour. Most of the more ideological National stuff that the Greens couldn’t countenance has already been done.

One good policy that I would suggest of a National-Green-Maori government would be for the government to sell its shares in Mighty River Power and buy Genesis back into 100% public ownership. Genesis would then become the Kiwibank of the power industry.

Another policy that I believe both parties could subscribe to, would be the tax scale (option 3) that I suggested for National in an earlier posting. This three-step scale (top rate of 33%) is consistent with all of the tax principles that National stands for. Yet it gives a tax cut of $660 per annum to low-income workers, while giving nothing to persons earning more than $70,000. Jam today; that’s what low-income workers need. Not only would this alleviate child-poverty; it would also alleviate non-child poverty.

Note that the bridging principle, with a leftish party teaming up with a rightish party is not that novel. It is regularly used within large parties, with Cabinet positions being carefully allocated to both the left factions and the right factions of large established parties.

As I have written in other recent blogs, and despite my tribal instincts, I want Labour to go back into Opposition, to rethink its economic policies. It needs to draw inspiration from the First Labour Government (NZ, not UK [see end of this post]), and its commitment in the late 1930s to the formation of the universal welfare state. It needs to drop its commitment to the ethics of thrift, paid work, and economic growth as ends in themselves. Labour needs to abandon its policy to create its crock pot of gold, now to be given the formal title of New Zealand Inc.

(Presently, NZ Inc. is a nice expression for the New Zealand economy taken as a whole; an expression that Russel Norman for example likes to use. It would certainly be sad if this useful concept were to be hijacked by a Labour administration to be used as a specific label for its money hoard.)

New Zealand already has a sovereign wealth fund; known as the Super Fund or the Cullen Fund. Quite rightly, the present government does not borrow to put money into it. Labour wants to run ongoing surpluses so that it can build a fund, ostensibly to buy back power companies, but in reality a fund with no real purpose; jam on the never-never, no jam today for needy New Zealanders.

Most of us have a nagging feeling that something isn’t quite right. Even those on middle incomes are finding it harder to pay the bills. Often the blame is laid on those further down the income ladder for being bludgers.

While I do not agree with all of Lyons’ analysis, I think this point is especially pertinent. New Zealand is a lucky country with a lucky economy. While we are a prosperous country, now, we have far too many people who are not prosperous; and too many of the rest of us content ourselves that poverty is self-inflicted, or is inflicted on those in the middle by the indolence of the poor.

There are simple things we can do now to share our prosperity. But Labour just says work more, and save more through their compulsory savings scheme. Labour offers a capital gains tax which is unlikely to make rental housing affordable, but is intended to draw off revenue into New Zealand Inc.

Sovereign wealth funds are good for countries like Norway and Saudi Arabia that earn huge profits from a finite resource. (At a personal level; professional rugby players likewise need to build up a pot of money to ensure their well-being after a very finite career.) But even then, sovereign wealth funds, along with private hedge funds and the like, serve as the principal destabilising force in the global economy. The fund managers buy and sell financial assets for both interest and capital gain. These pots of gold represent a huge part of the world’s itinerant money; money that creates real estate, sharemarket and commodity price bubbles in its restless quest for even more money.

I will finish with two quotes from John Maynard Keynes’ 1930 essay, ‘Economic Possibilities for our Grandchildren’:

The miser always strives to add to his pot of gold, as an end in itself. He or she cannot endure it to be spent. But when conditions change sufficiently to move a miser, each miser seeks to liquidate his fund at the same time, only to find that it becomes as worthless as an Icelandic bank deposit in 2008.

The love of money as a possession – as distinguished from the love of money as a means to the enjoyments and realities of life – will be recognised for what it is, a somewhat disgusting morbidity, one of those semi-criminal, semi-pathological propensities which one hands over with a shudder to the specialists in mental disease. [Keynes]

At the time Keynes published his essay (1930), the British Chancellor of the Exchequer was a very “purposive” man indeed. Philip Snowden was UK Labour’s first finance minister, an austere socialist; he held to a rigid policy of ‘sound money’ and balanced budgets, as Britain rapidly slid into its worst ever financial crisis. This Snowden is not a good role model for the left in New Zealand.