Recorded live on 18/09/14 – Captured Live on Ustream at http://www.ustream.tv/channel/multimedia-investments-ltd 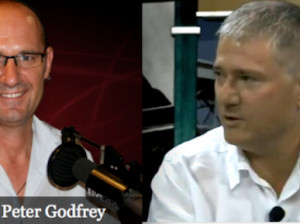 5AA Australia’s Peter Godfrey and Selwyn Manning deliver their weekly bulletin: Across The Ditch. This week, they discuss the latest news as New Zealanders go to the polls on Saturday. Also discussed is a public meeting held in Auckland where visiting US journalist Glenn Greenwald, was joined via live video stream by Julian Assange and Edward Snowden.

But first the politics…

There are two days of campaigning to go before Kiwis go to the polls, and the Nationals’ popularity is sinking fast. In the latest landline polls, the National Party is believed to have fallen by 5 percent in one week.

It now is struggling to hold 45 percent in the 3News Reid poll, a poll that traditionally over-states National’s true popularity by four to five percent.

If National’s leader John Key is to form a government, it looks likely New Zealand First will be courted for support. But on points of policy, and rhetoric, the two parties are polls apart.

New Zealand First and Labour have much more common ground in play. Both parties look tight and respectful of the other’s policies.

If the Nationals fail to get more than 43 percent support on Saturday then it looks like New Zealand could form a Centre Left Government. But controversy looms. The Green Party looks set to get between 13-15 percent of the vote. NZ First perhaps eight percent. Labour on a strong turn out looks only destined for the high 20s. If those figures are right, it is a strong possibility that the Green Party will have ministers in government for the first time. But Will they make Cabinet?

Also, huge news on this side of the Ditch. On Monday night thousands turned out at the Auckland Town Hall to witness what was billed as the Moment of Truth. The Town Hall was filled to capacity and over a thousand others lined in the streets outside.

The event was organised by Kim Dotcom and the Internet Party. And it promised to produce evidence that the Prime Minister John Key had misled New Zealanders over his awareness of the illegal surveillance carried out on Kim Dotcom by New Zealand’s spy agency the GCSB.

But the meeting was not about that but rather it had a number of special guests. In person was Glenn Greenwald, the Pulitzer Price winning journalist who broke the stories about Prism and other revelations conveyed by former intelligence analyst and whistleblower Edward Snowden. Greenwald explained in detail to the crowd why he believed the Prime Minister was being misleading over whether the GCSB knowingly carries out mass surveillance on Kiwis under obligations to its Five Eyes intelligence agency partners.

But the crowd did not anticipate Julian Assange would also address the crowd via internet video stream live from his exile at the Ecuadorian Embassy in London.

And then, a very special guest also beamed in via video stream, Edward Snowden. He spoke in detail about how the US-led NSA XKeyscore platform uses dragnet indiscriminate mass surveillance of New Zealanders and how the NSA has two sensor sites in New Zealand, one in Auckland and another North of Auckland.

The revelations were so specific, that by Wednesday the Prime Minister John Key admitted that Edward Snowden may actually be correct.

Perhaps, just perhaps, the six year run of New Zealand’s most popular prime minister ever has reached its conclusion. If so, it does go to prove the old adage, that people vote governments out, rather than vote opposition parties in.

PS: Here is an investigative report I published today that maps out the intelligence conundrum facing New Zealand. It suggests that private enterprise may indeed be conducting mass data analysis on behalf of the Five Eyes alliance.