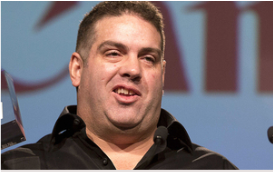 Wendyl Nissen is a hero. The sleazy black ops attack on her by Slater and Odgers on behalf of Grocery Council chief executive Katherine Rich is sick. All Nissen is doing in her column is point out the filth and crap the people Rich represents put into our food supply, for that she was targeted.

Just consider that, since when the hell was a balanced food journalist pointing out the nasty crap in our food the enemy of society? Why should Nissen be targeted for telling the truth? Where the hell does Slater, Odgers and Rich get off spreading this kind of hate?

Nissen took her principles and recent quit ZB because they continue to use Slater as a commentator, even after he has been outed as a the merchant.

At a time when many of us have lost faith in the mainstream media, Nissen is a reminder that ethical journalist of honour still exist.