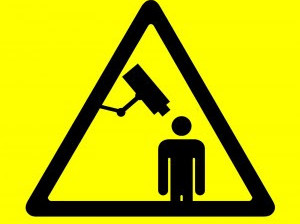 We already have Glenn Greenwald’s assertion on The Nation that John Key has misled New Zealanders as to whether the GCSB has engaged in mass surveillance of Kiwis.

But Key has made many other statements about the GCSB’s powers and activities. So which of these other public statements made by Key will Glenn Greenwald challenge and refute ?

1   Sharing of information
December 3, 2013 John Key: “we share information in isolated cases about New Zealanders with our partners, and we do that when the is a really good reason to do that.”

So GCSB does not access NSA data on New Zealanders?  OK

4 Does the NSA tap into New Zealand’s Southern Cross Cable which carries approximately 95% of New Zealand’s Internet traffic?
John Key may not have been specifically asked this question.  But a NZ Telecom lawyer said it was “wholly unaware of recently disclosed US surveillance programmes”.

Hopefully Greenwald will be able to provide the definitive answer.

So is there an SSO site in New Zealand? If so is that a cable tapping operation? If not is there some other type of NSA SSO site or operation of the kind which operates in the USA and UK, such as:-

6 Does GCSB share data on New Zealanders through ICREACH (the NSA’s own Google)?
John Key – “any metadata that is used would be used appropriately and within the law”


7  Has a loophole been deliberately placed in the GCSB Act to allow lawful warrant-less spying on New Zealanders?

And does this make a mockery of Key’s comforting assurances that the GCSB always acts within the law?


8 Does the NSA fund GCSB’s operations?

Mr Key refused to say whether the NSA helped fund the GCSB. But does the NSA in fact fund the GCSB through a Five Eyes program called Windstop, which carries out cable tapping operations, or through some other mechanism?
The refusal to say speaks volumes.

9   Is raw data on New Zealanders collected by the GCSB or the NSA and shared with Israeli Intelligence Services?

Is Israel effectively part of Six Eyes? When did the NZ Parliament agree to share raw data on its citizens with Mossad?


John Key’s fitness to be PM is on the line over more than the issue of mass surveillance.  Hopefully Glenn Greenwald will provide the proof on many of these other critical issues and the media will have the mettle to hold Key to account.