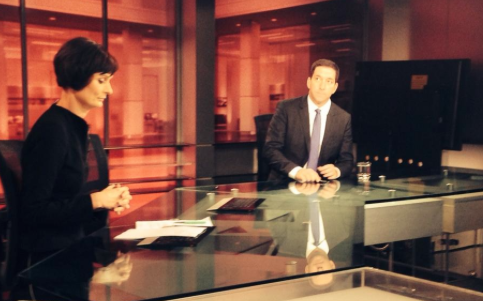 Glenn Greenwald has just given his first NZ interview on TV3s ‘The Nation’ and what he had to say was incredibly damaging.

Glenn is here for Kim Dotcom’s Moment of Truth on Monday and what he has just had to say on TV3 resets the political agenda again. He says he has proof that then GCSB has lied when it claimed it doesn’t do mass surveillance. That means Key has also lied.

Personally I am enjoying watching all those precious ‘journalists’ in NZ who shat all over Kim’s launch of his moment of truth and how very, very, very, very quiet the Press Gallery has become once Glenn Greenwald’s inclusion was announced.

There is so much more to go.

The Daily Blog will stream the meeting live from 7pm. Don’t believe the media hype that Key will win by 50%.