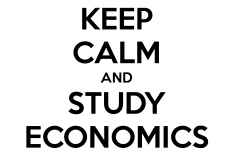 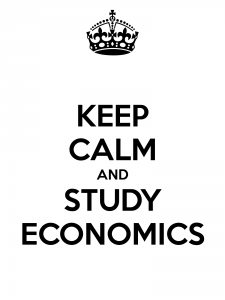 Have you ever, when parallel parking, got yourself wedged into the curb? The car in front is centimetres away and your rear wheel is touching the curb at an angle. This is a metaphor for the state of economic policy-making in New Zealand. None of the parties will take the courage to break out of their austerian mindset. To mix my metaphor, they’ve boxed themselves into a corner.

In the 1960s we had Keynesian policies and equitarian values. While they generally achieved their goals, there were shortcomings which were ruthlessly exploited by those advocating pre-Keynesian policies and neoliberal values. The global inflation of the 1970s and early 1980s was explained in a grossly simplistic way by these new-classical policy entrepreneurs. This is when the boxing-in process commenced.

After the global financial crisis of 2008, new-classical assumptions and policy prescriptions were exposed as intellectually and morally bankrupt. So our response was to go back further into the past, into pre-classical assumptions and worldviews; essentially into seventeenth century Europe. We embraced mercantilism and puritanism. In large part because we do not understand our own intellectual history, we are unable to wriggle out of the hole that we have dug for ourselves.

In essence, this ‘mercantilism’ is the business doctrine that successful wealth-creation is the accumulation of treasure (gold and silver), or, in modern parlance, ‘investments’. These investments, which represent claims on goods and services produced in the indefinite future, are valued because they are seen as passports to economic security. David Parker’s press release of 8 April 2014 was headed “One pot of gold gone, Labour will create a new one“. Piles of gold didn’t do Kings Midas or Croesus much good; even the dwarves in The Hobbit had no idea what to do with their gold, other than hoard it in a Misty Mountain. Neither Midas nor Oakenshield could be said to have lived secure contentedly wealthy lives (though I await the third installment of The Hobbit).

In a more general sense, mercantilism is a naïve doctrine that economic success is for a country to run perpetual trade surpluses (and, ipso facto, current account surpluses). To that end ‘productive’ activity is anything that boosts exports over domestic consumption.

Mercantilism is intimately tied in with protestant puritanism; a suite of faiths that are both intrinsically averse to debt and promote saving as a moral crusade. Thus the most overtly mercantilist nations are Germany, Sweden and the Netherlands. The other essentially mercantilist nations are those heavily imbued with Confucian values. These values are to make money by selling lots of stuff, but to only spend it on activities that will further enhance the making of money.

While, in 2014, Labour is explicitly leading the way in this pre-liberal conservatism, the Greens, New Zealand First, and National are all essentially ‘me too’ parties. To argue against these austere values is almost impossible in our current climate; it’s seen as a bit like arguing in favour of laziness.

Both mercantilism and puritanism are mathematically nonsensical. One group of countries can only run persistent trade (or current account) surpluses if another group of countries run persistent deficits. It’s impossible for everyone to successfully obey the puritan doctrine of maximising lending (saving) while minimising borrowing. If we all attempt to save to the max, then the race to the bottom is a very rapid one. New Zealanders have unintentionally lived in a humanely normal (dare I say catholic) un-austere way, ironically because monetary policy settings encouraged us to borrow more, not less. We happily lapped up, as private debt, our share of Europe’s and Asia’s saving.

Our parties – Labour and the Greens especially – want us to be like Germany and Sweden. Indeed those countries superficially look like good role models for us. The problem is that the rest of the world has to accommodate their mercantilism. They want us to export more and consume less.

Economic commentators have talked about the “productive economy” for centuries before it became David Parker’s mantra. For most of that time services were labelled as unproductive activity. For some of that time manufactured consumer goods were regarded as “sterile”.

Let’s consider the legal sex industry. Is prostitution productive? (It is by any normal definition, though I don’t think sex tourism, a legitimate service export, is quite what Mr Parker is advocating.) Is the production of condoms productive? (Presumably, to puritans, ‘yes’ if they are used to facilitate workforce participation, or if they are exported, but ‘no’ if they are used solely for kiwi pleasure.) While French eighteenth century political economists would have regarded condoms as sterile, puritans, while disapproving of condoms, would have regarded condom-making machines as productive.

John Key says to struggling mothers that the best way to reduce child poverty is for them to get a job; that is in many respect an instruction to them to sell their labour, either working for someone else in a small business (or through an agency that ticket-clips) or by working on the streets or elsewhere as self-employed. One irony of puritan orthodoxy is that it would rather women were legal prostitutes than dependent on public largesse.

It’s an important question that I think both John Key and David Parker would struggle with. Is it more morally uplifting to be a self-reliant independent productive law-abiding sex worker, or to be a working-age able-bodied beneficiary? (I think Jamie Whyte’s answer would be unambiguous. Likewise Sir Robert Muldoon’s would have been unambiguous, and different.)

To be fair, there is a really good case for, as a political priority, to bring New Zealand’s annual current account deficits to less than three percent of GDP. This should stabilise our external debt. Actually, the Reserve Bank may have got there before David Parker.

Statistics New Zealand says in its overview of “Balance of Payments and International Investment Position: March 2014 quarter”: The seasonally adjusted current account balance was a $585 million [about 1% of GDP] deficit (actual current account balance was a surplus of $1,407 million). The financial account showed a net outflow of $1,285 million, consistent with an actual current account surplus. The net outflow this quarter was mainly caused by the Reserve Bank of New Zealand increasing its holdings of foreign exchange assets.”

This shows that the Reserve Bank has at last started to do its job. It’s quietly lending back to the rest of the world the money that the rest of the world is lending to us. In short, monetary policy is becoming less accommodating than it has at any time since 1985. New Zealand ran a trade surplus of over two billion dollars in the year to March 2014. Is this not enough for David Parker and John Key?

Thus the whole thrust of Labour’s policy (and to a lesser extent National’s) is to make New Zealand a net lender to the rest of the world, something we have not been since 1973. Superficially it sounds good. But it really means denying New Zealanders much of the fruits of their own labour. And it means New Zealand becoming a cause of the next global financial crisis, and not merely a victim of it.

Debt is Intrinsic to all Economic Activity; it is not a Sin

In barter trade we swap stuff. In actual real-world exchanges, we separate our buying from our selling. When we earn an income we are sellers, selling either goods or services to customers (as do plumbers, painters and prostitutes), or selling our labour services to an employer. And in the supermarket we are buyers. When we sell we run surpluses and when we buy we run deficits. All these transactions are examples of inter-temporal trade, and are so whether we live in a capitalist society or some other kind of society.

If swapping is a full exchange, then buying and selling are half exchanges. In a half-exchange, a seller is a creditor, and a buyer is a debtor. Sellers give up something today because they gave up something yesterday (closing an old deal), or in order to gain something tomorrow (opening a new deal). Buyers gain something today either because they were sellers in the past (closing out a past deal), or in the expectation that they will be sellers in the future (incurring debt).

So yes, if New Zealanders (private people or the government) seek to repay debt, then they are trying to close a deal by selling having already bought. And if other New Zealanders seek to add to their savings, then they are selling without buying, participating in the indebtedness of the buyer.

One essential problem that bedevils economic life is that sellers (ie creditors) tend to renege on their deals. These renegers – mercantilists and puritans – do not operate on the normal sell now and buy later mantra. They operate on the principle of selling now and selling later. This strategy can only succeed if there are an equal number of others who operate on a buying now and buying later principle. (Most economists appreciate this, but they attribute the role of buying now and buying later to businesses, not to consumers, and they call it ‘investment’. The reality that keeps the world economy going is that, to a large extent, ‘spendthrift’ governments play the role of buyer now and buyer later.) The frugality of some (sell now and later) can only be achieved if it coincides with the consumer excesses (buy now and buy later) of others. Consumerism is a consequence of frugality.

Labour wants New Zealand to become a nation of sellers today and sellers tomorrow. And it wants the New Zealand government to not be a buy now and buy later government. That means it wants foreigners – Americans? Australians? Africans? – to play the buy now and buy later debtor role. Labour (and the other main parties) wants foreigners to accommodate us in our future frugality, much as the world today accommodates the Germans and the Swedes and the Chinese in their past and present frugality.

It can only end in tears or bankruptcy. Is this really what progressive politics is all about?

The economy as servant, not master.

There is an alternative. People can choose to live good lives. The essential vision was spelt out by John Maynard Keynes in 1928 (Economic Possibilities for our Grandchildren, published 1930), and reiterated in a recent (2012) book (How Much is Enough?) by Robert and Edward Skidelsky. There is no technical barrier to our choosing a high-productivity low-intensity lifestyle, in which we look to our communities rather than to our savings for economic security. Economic security is a collective, not an individualist enterprise. In truly civil society we aim to sell as much as we wish to buy; not more. There’s nothing inherently puritanical, and nothing inherently unsustainable, about capitalism. It’s the sell-sell-save mantra that gets us into trouble; the twin scourges (Scrooges) of puritanism and mercantilism.

We should aim to sell no more than we aim to buy. The mere possession of money – or gold – does not make us rich. To use my third metaphor, we can get out of a hole. First we stop digging. Truly progressive politicians do not come with spades.