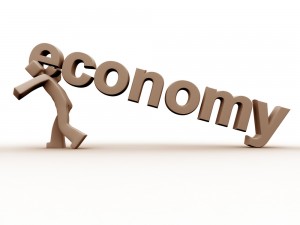 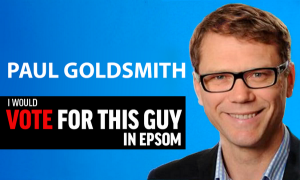 One of the great tricks of the right over the past twenty years has been to desiccate debate about our economy. ‘The economy’ is spoken about as if it is an independent entity, divorced from the realm of democratic politics and interfered with at our peril – how often do we hear: ‘the markets won’t like that’. Debate then gets reduced down to a narrow set of metrics, with GDP growth and the government accounts becoming proxies for whether ‘the economy’ is on the right or wrong track.

If the left wants to win elections and then make effect real transformative change in our society, we need to change this. We exist as economic beings, making decisions on a day to day basis about how we use scarce resources. Within communities the impact of economic policy has a real bearing on who gets what, and how we live together. A deep political economy determines how and where houses get built, how incomes are distributed, and the opportunities that marginalised groups do or do not have to improve their lot.

I’ve written before that as a movement we need to focus more on first principles – how we generate and distribute wealth in the first instance, rather than waiting for unjust outcomes to occur that we then patch up with social policy sticking plasters. We’ll only achieve that if we have a clear vision for a new and better economic framework.

This election has seen that alternative laid out more clearly than ever before. Labour’s comprehensive economic framework rejects the infantile position of the right that says ‘first we fix the economy, then we can look at social issues and the environment’. We recognise that it’s one and the same. A society in which people don’t have access to education and opportunity, and in which huge numbers are left behind will not develop a dynamic economy. A country that despoils and depletes the very environment that it relies upon for economic production will ultimately discover that actions have consequences.

David Parker gets this. As opposition finance spokesperson he has had the courage and intellectual solidity to develop an integrated economic vision that is eminently credible, and tackles some of the key structural economic problems faced by New Zealand.

We like to think of ourselves as a plucky little exporting nation, but the PREFU confirms that the treadmill is in reverse. While we pump money into an overheated property market, exports as a proportion of GDP have fallen under this government from 33% of GDP to 29% and are forecast to slump to 26%. If we earn less then we have to borrow more. Getting the government accounts back into the black is all very well, but the PREFU confirms that at the very same time, we are headed towards an annual external deficit with the rest of the world of $17 billion. Like a household living beyond our means that means we (New Zealand, not just the government) are borrowing to survive, and if we don’t turn that around we lose control and ultimately real sovereignty.

If we are serious about turning it around then we have to once again think and talk about our economy as something that we are all engaged in, and something that we can make choices about – and there have to be some principles that guide those choices. For Labour the principles of equality, solidarity, and sustainability mean that our economy must be centred around people – our needs both now and in the future. Economic growth is academic if the fruits flow only to a few while hundreds of thousands of kids are living in poverty. David Parker uses that old fashioned but appealing term egalitarianism to sum it all up – Labour’s economy will offer fairness of opportunity and fair outcomes.

So briefly, what does the alternative economic framework look like? At its centre is a determination to overturn the speculative financial culture that has gotten us to our current point of vulnerability. If we want to retain economic sovereignty we need a productive base that allows us to earn our way in the world. A capital gains tax hits multiple marks in this respect. It will end our tax system’s bias towards investment in property, help to cool down house prices, and create greater fairness within the system by taxing ensuring that large gains made from property speculation get taxed in the same way that the earnings of an average wage and salary earner get taxed.

Complementing CGT is a commitment to grow the productive economy. That means that we have to get strategic, working with sectors and regions that have high-value export potential, incentivising investment in R&D by bringing back the tax credit that was so foolishly abolished by National, and putting in place policy settings that stop a high kiwi dollar from strangling our exporters.

We’ll take action to preserve our sovereignty by doing things that most other self-respecting nation states already do such as restricting land ownership to New Zealand residents and citizens, giving genuine and fair consideration to the procurement of New Zealand goods and services, and in the long run creating the capacity for greater domestic ownership of and investment in our economy by introducing universal Kiwisaver.

But it’s all for nothing if people get left behind. In Labour’s economy inequality will reduce. People who work should be paid enough to live on, and an increased minimum wage, support for the Living Wage, and a review of our work and wages system will ensure that the hundreds of thousands of people who struggle for a living today will get a fairer go. We’ll link arms with other parties and community groups to end child poverty. No stone should be left unturned, because not only is child poverty in our country a moral stain, the fiscal costs of dislocated, sick, and angry people are enormous –  it’s dumb economics. A large gap between rich and poor is bad for us all.

As outlined earlier public discourse about our economy has been so badly narrowed that it is often difficult to get a hearing for a cohesive alternative economic vision, but my sense is that people know that we are headed in the wrong direction. From being a third rail issue four years ago, Labour’s carefully developed CGT policy now has the support of a majority of people – they can see that it is about fairness.

We need to push on now. The economy is not an abstract thing, it is something that we are a part of and that we shape through our decisions. Winning the economic debate is not only about winning the election, it is about building a fair and just society after September 20.