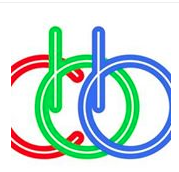 “Skilled journos getting unwarranted shit from hack bloggers & online warriors could earn big $ in PR/marketing, so thank you for what you do”.

As this tweet rolled across my screen this morning the irony had me rolling my eyes. Why on earth would we be thanking our journalists, our cherished fourth estate and seekers of truth, for showing traits that could be transferrable to Public Relations?

Now that the Dirty Politics blame game has shifted from the politicians to the media, it seems like a darn good time to reevaluate the role journalists play in society. And the effect their bosses have on them

Studies of the New York Times carried out by Daniel Chomsky (Noam’s nephew) show that editors are more likely to hire and promote like-minded employees who hold the same values and societal views as them. Which only begs the question, what if someone like Mike Hosking was in charge of hiring the next generation of journalists? And further, who hired Mike Hosking in the first place? The transformation of a news organisation from these top-down effects highlights the danger of having a whole country dependent on just a few commercial news sources.

Being important battles up against being interesting. Facts are romanticised and exaggerated creating room for opinion and bias, and the end result is a published article ‘based on a true story’.

The truth should be paramount, and integrity shouldn’t result in job insecurity. An independent, publicly owned and funded news source would not go amiss in New Zealand. Hopefully its presence would whip all other news services into shape.

I think George Orwell effectively sums up this point. “Journalism is printing what someone else does not want printed. Everything else is public relations”. Which begs the question – who wants what printed?