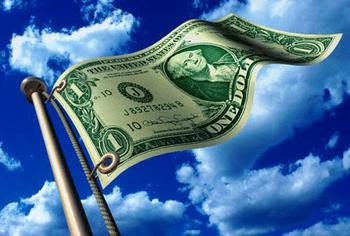 The stakes are very high – not just for you and me, but for our children, and their children; for our environment, and, for the world. If a National led Government are re-elected on September 20th, the opportunity and promise of our country will be sullied that much more. It will be a sad reflection on how many New Zealanders have been conned by the facile and devious propaganda of a corrupt government and their spin doctors in the mainstream and social media.

Because the stakes are so high, the media, as tentacles of the multinational octopus that is modern capitalism, has been all out to paint the opposition as lacking in credibility, as poor economic managers, loony, impractical… They’ve waged a concerted and relentless campaign, not just in this election year, but in every year, to project Labour as weak, dishonest and clumsy. Nicky Hager proves that much of that was a beat up. Ironically the mainstream media attitude towards the Greens alternates between a ‘funny money, far left’ mantra, to support of certain policies – perhaps because the Greens are less of a threat in terms of leading a Government. As also indicated in ‘Dirty Politics’ there’s been a systematic attempt to discredit Kim DotCom, and Internet/Mana. This week’s headlines about a rift between the two parties over cannabis policy promotion is a case in point. Healthy disagreement (even when expressed in Hone’s forthright terms) is no bad thing between two separate parties seeking an alliance. We should be concerned when there’s not that tussle of priorities, but according to the media it’s a fatal flaw.

Ironically of course, election of a Labour-led Government isn’t that much of a threat to the prevailing economic order at all. There’s more at stake for our country from a National led Government, than there is for business from a Labour-led one. All the scaremongering about the ‘far left’ is hot air. There remains only a marginal ‘left’ in most Western democracies. No-one in New Zealand is proposing forced nationalisation of assets or industries, more industrial socialism or democracy, collective ownership of property – the things that might really reduce economic and social inequality. Labour and the Greens certainly aren’t suggesting any radical economic, or environmental steps that would seriously threaten the power of capital and its accumulation in the hands of the few.

But what National propose, is a further consolidation of power among the already very wealthy, increased national and personal debt, social problems that will persist for generations, and environmental damage beyond repair. To make matters worse, it also represents a surrender of foreign policy in favour of American interests in far flung corners of the world where we should retain a principled and independent stand.

To ensure a future New Zealand worth living in, we individually must make that principled stand ourselves, in this election.