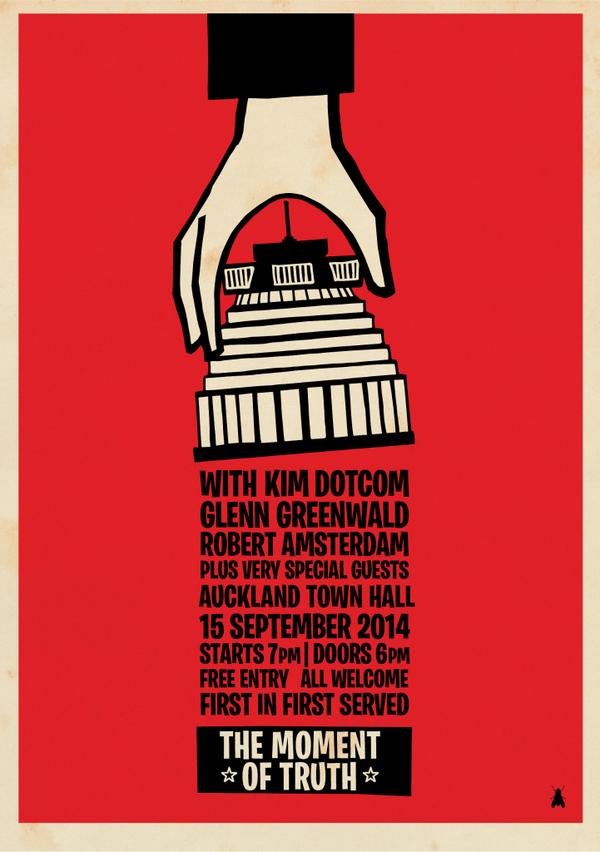 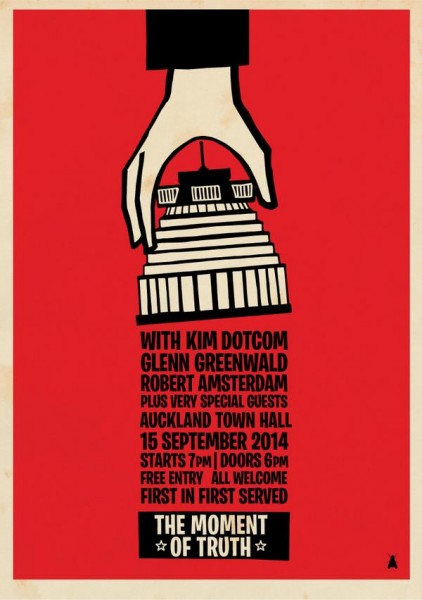 But just one in 10 people are willing to completely rule out the chance that Mr Dotcom has sensitive information that will damage the National-led Government – a figure that the Internet Party founder says is down to his strong track record on making claims that turn out to be true.

Next Monday, Mr Dotcom is hosting a public event at Auckland’s Town Hall, at which he is promising to release evidence which he claims could affect the election result five days later. Mr Dotcom says he will show Mr Key knew about him earlier than the Prime Minister has claimed. He has also recruited several high-profile guests, including Wikileaks founder Julian Assange, to share information about NZ spying agencies’ role in global surveillance.

Every time Labour set up a focus group of Labour voters, that focus group freak out about Kim Dotcom. The scary bogeyman routine is enough to spook dyed in the wool Labour supporters, hence Labour’s concerns about including Internet MANA in any post election situation more than supply and confidence.

Kim needs to calm Labour Party voters with his moment of truth, he needs for them to see him as a threat to Key, not a danger to NZ and this public meeting on Monday is his chance.

Sure Slater will launch the last remaining smears he has soaking in his vat of hate, but since Dirty Politics, Cam’s power and credibility have been terribly damaged.  His sleaze is so radioactive that the message is forever compromised by the messenger.

If Kim damages Key on Monday, Labour Party voters who have viewed his intrusion into politics with tribal dislike will turn they jeers to cheers and firm up Labour’s voter base. It is Labour Party voters Kim needs to impress, and by all accounts he will.

The meeting will be live streamed here on The Daily Blog from 7pm Monday 15th.