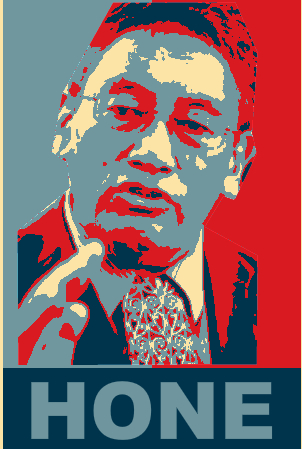 Hone has every reason to be pissed. Internet MANA’s main policy is Feed the Kids and a campaign on cannabis that overshadows the main policy was always going to annoy the hell of out of him.

This Government is suggesting a $500 million dollar borrowed tax cut per year when Internet MANA’s Feed the Kids plan will cost $100million.

250 000 kids will continue to live in poverty so we can all afford an extra BigMac combo per week in tax cuts?

That’s a sick sad irony and one that Internet MANA should be attacking with righteous anger.

It’s just that happens right after we feed every kid in every school riddled with poverty.

I wish the mainstream media could focus as much attention on allegations like blackmailing an MP, rigging candidate selections, downloading the entire Labour Party database, trawling brothels for dirt on journalists, gaining SIS information to embarrass a political rival and engaging in a hit job on the head of the SFO.

If anything Hone’s personal mana comes out stronger for this. He just won Te Tai Tokerau with that email.